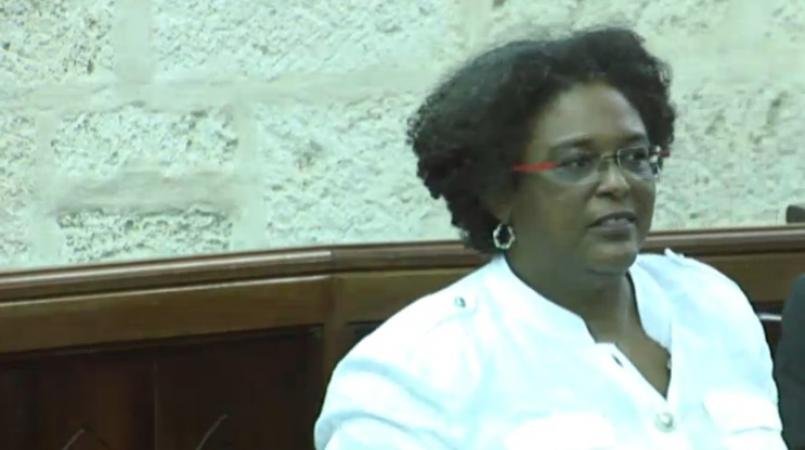 Leader of the Opposition, Mia Mottley, has come down hard on the Freundel Stuart administration for what she referred to as the “last minute” tabling of amendments to the Road Traffic Act.

A number of amendments to the Act went before Parliament for debate today led off by Minister of Transport, Mioffael Lashley, which included provisions for the registration of manufacturers of registration number plates, the regulation of all-terrain vehicles, breathalyser testing, as well as disabled parking.

Mottley accused Lashley and his colleagues in Government of using the Bill as a “political prop”, also saying she believes the amendments did not undergo the necessary consultation. She said the Minister has a duty to consult with all stakeholders who will be affected by the passing of the Bill.

“We are members of a representative assembly and we believe that we have a duty to consult stakeholders. Has the Bar Association been consulted with this Road Traffic Act? Have the multiple associations that are engaged in road safety - have they seen this final Bill approved by the Cabinet? Have members of the insurance fraternity… have they seen this Bill as structured?”

She said it was clear there was a lack of “genuine consultation” on the amendments which she claimed would criminalise some Barbadians while giving those with privilege free rein. She also charged that the Royal Barbados Police Force (RPBF) has not been given enough time to undergo training to cope with what is being asked of them under the proposed amendments.

Mottley questioned why the Bill has not gone before a Select Committee for the “widest possible consultation” before being tabled in the House, considering that the amendments were on the cards for the last nine years.

“This Bill deserves to go to the people of Barbados for determination… cause we understood that you run the risk of making thousands of Barbadians criminals without having the most extensive consultations. All of these things may be desirable but this is not how we govern.”

Mottley went on to give Government a severe tongue-lashing for failing to quickly address safety hazards on public roads. She pointed to the vexing issue of potholes which continue to damage vehicles across the island. She also made reference to the structure located just outside The Villages at Coverley in Church Christ where 11-year-old Abijah Holder lost his life back in 2015 after the car in which he was travelling struck a pole. Mottley said the structure, which she alleged was constructed without the permission of Town and Country Planning, should be removed in the interest of the travelling public.

She charged that rather than turn his attention to such matters, the Minister of Transport was more concerned with rushing ahead with the Road Traffic (Amendments) Bill, 2017. According to her, this is so his "scorecard" would show him as having brought legislation to Parliament before it is dissolved ahead of upcoming general elections.

$500 fine for misuse of disabled parking