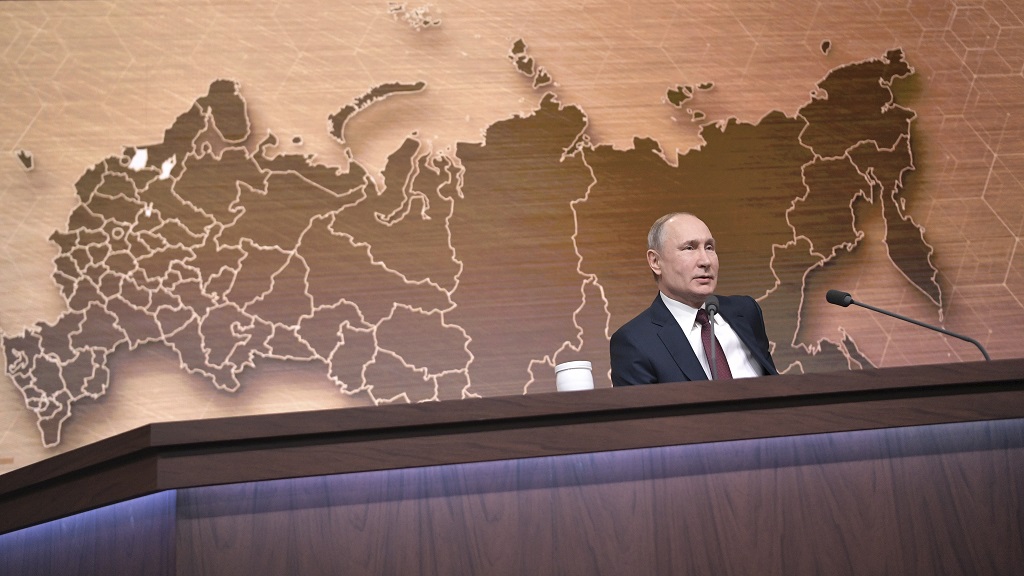 Russia has signaled it will file an appeal against its four-year Olympic ban due to World Anti-Doping Agency (WADA) sanctions which President Vladimir Putin on Thursday branded “unfair.”

The Russian anti-doping agency's supervisory board voted Thursday to file an arbitration case with the Court of Arbitration for Sport (CAS) in Switzerland. WADA last week ruled Russia had manipulated doping laboratory data to cover up past offenses.

Putin said it was not fair to threaten Russia with more doping-related punishment, and that any sanctions should be on an individual basis. “I think it is not just unfair but not corresponding to common sense and law,” Putin said.

The case will likely be referred to CAS within the next 10-15 days, supervisory board chairman Alexander Ivlev said. After a panel of three CAS arbitrators is chosen, a verdict will be issued within three months.

"The ball will be in WADA's court and the issue will be discussed in a legal context,” Ivlev said. “We consider the argumentation to be fairly strong and we will see how the issue develops.”

Thursday's decision must be approved by another panel of Russian sports and anti-doping figures, but that seems a formality. Most of the panel's members, including the Russian Olympic Committee and Russian Paralympic Committee, have said they want an appeal.

Senior political figures including Putin had signaled they wanted an appeal filed.

“We need to wait calmly for the relevant rulings, including the arbitration court ruling and we’ll know what position we’re in,” Putin said Thursday. “Russian athletes have been training and will keep training for all competitions.”

The WADA sanctions, announced last week, ban the use of the Russian team name, flag or anthem at a range of major sports competitions over the next four years, including next year's Olympics and the 2022 soccer World Cup.

However, Russian athletes will be allowed to compete as neutrals if they pass a vetting process which examines their history of drug testing, and possible involvement in cover-ups at the lab.

That has prompted anger from some Western athletes and organizations like the United States Anti-Doping Agency, which wanted a blanket ban on Russian athletes.

Putin added WADA's recommended four-year ban on Russia hosting major sports competitions would have little effect, pointing to the 2022 men's volleyball world championships as an event Russia intends to keep. WADA demands events are moved unless it's "legally or practically impossible" to do so.

That ban already doesn't apply to next year's European Championship soccer games in St. Petersburg or the 2021 Champions League final, both of which are exempt because they're continental, not world, championships.

Russia handed over the lab's doping data archive in January in return for having earlier sanctions lifted in 2018. WADA investigators found evidence that Russia was intensively editing the data in the weeks before the handover to remove signs of failed drug tests.

Russia has produced its own report arguing that any editing was the result of illicit changes made from abroad, or the instability of the lab software.