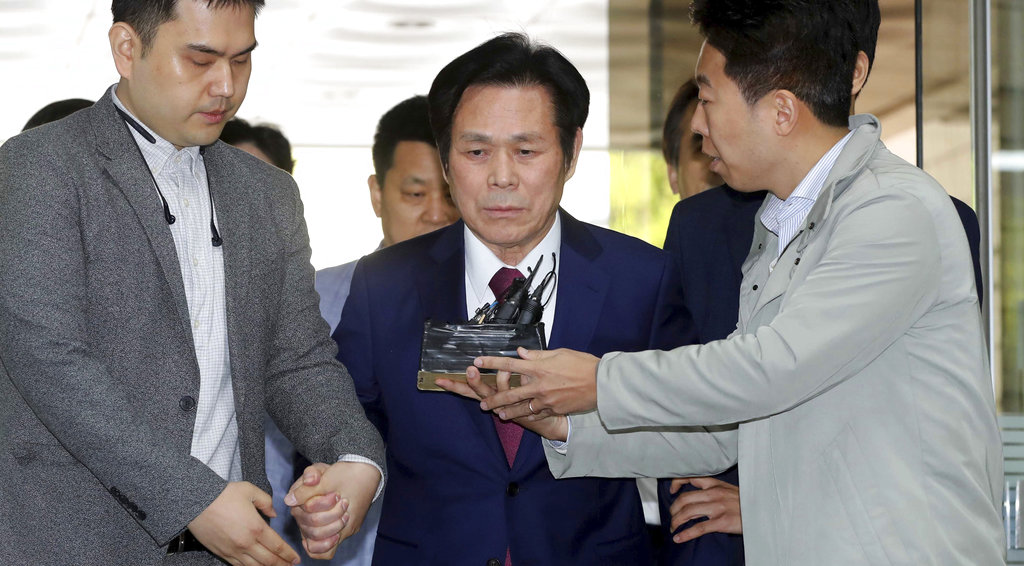 A South Korean pastor was sentenced to 15 years in prison on Thursday for raping or sexually molesting eight female followers who believed he was God.

The Seoul Central District Court said that Lee Jae-rock of the Seoul-based Manmin Central Church was convicted of abusing the women "habitually" for an extended period.

A court statement said the victims had "absolute belief in Lee's religious authority" and thought they could go to heaven if they obeyed his order.

The court said that Lee had denied all the charges against him. But it said the women "testified about details that cannot be cooked up if they hadn't experienced them personally."

Lee's church later Thursday said it will make best efforts to gather evidence to prove Lee's innocence. "We'll immediately appeal to tell the truth about (Lee) because we believe his innocence," a church statement said.

Both Lee and prosecutors have one week to appeal.

Some of the eight women gave their accounts about Lee's abuses in a series of programs by local JTBC television network in April. They described how Lee summoned each of them to his apartment at night and raped them by telling them they were improving their chances to go to heaven. Their names were not disclosed and faces obscured.

"(He) said he was a holy and righteous man and would choose me to go to the new Jerusalem," said one victim.

Another victim told the network that Lee demanded she take contraceptives before coming to his house. A third victim said Lee instructed her to pay only in cash for the cab ride she took to get to his house, apparently out of concerns of leaving any credit-card records.

"(He said) other kids were taking pills before coming and I should too," the second woman said. "(He said) heaven was a place where everyone was clean and didn't feel shame or lust even if they were naked."

Lee, reportedly 75, set up his church in Seoul's formerly blue-collar Guro neighborhood in 1982. It has more than 135,000 followers, according to the church's website, which is also filled with claims of Lee's miracle cures through prayer.

Mainstream churches in South Korea have described Lee's church as a cult.