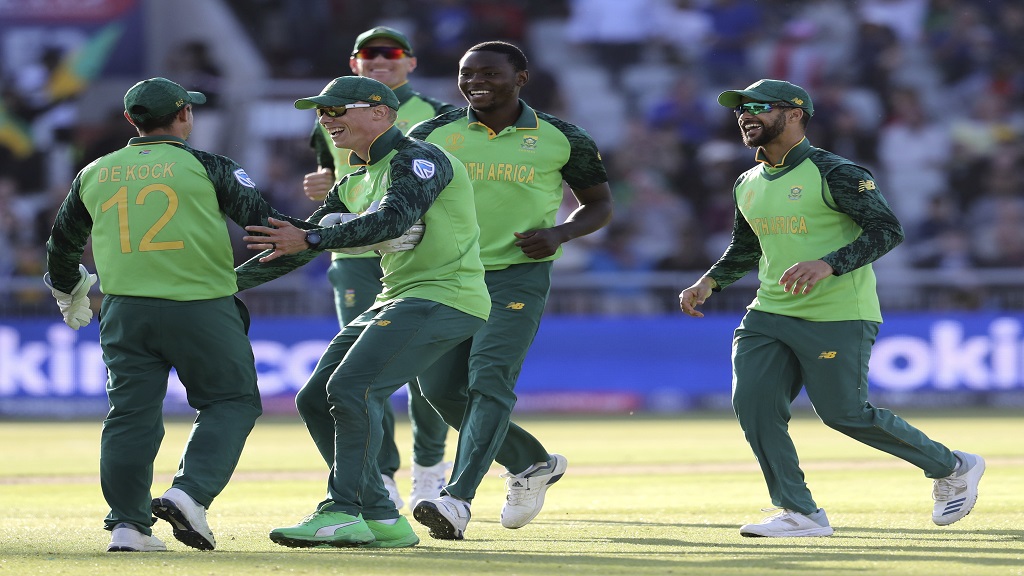 Australia will face fierce rival England in the Cricket World Cup semifinals after slipping from the top of the group standings with a last-over, 10-run loss to South Africa despite David Warner's latest century.

David Warner (122) and Alex Carey (85 off 69 balls) put on 108 for the fifth wicket, but neither could see Australia home as shadows lengthened on the field in the day-nighter at Old Trafford.

Khawaja, with his injured left hamstring, came out to bat at the death but didn't last long and Australia needed 18 to win off the last over.

Nathan Lyon was caught in the deep off the next-to-last ball.

Instead of finishing in first place and playing trans-Tasman neighbour New Zealand back in Manchester in the first semifinal on Tuesday, Australia must travel south to Birmingham to play the tournament host two days later.

It's another huge England-Australia match in a summer that will conclude with the Ashes series. Either England, which went into the tournament as the world's top-ranked ODI side, or defending champion Australia will be eliminated.

India will take on New Zealand in the other semifinal.