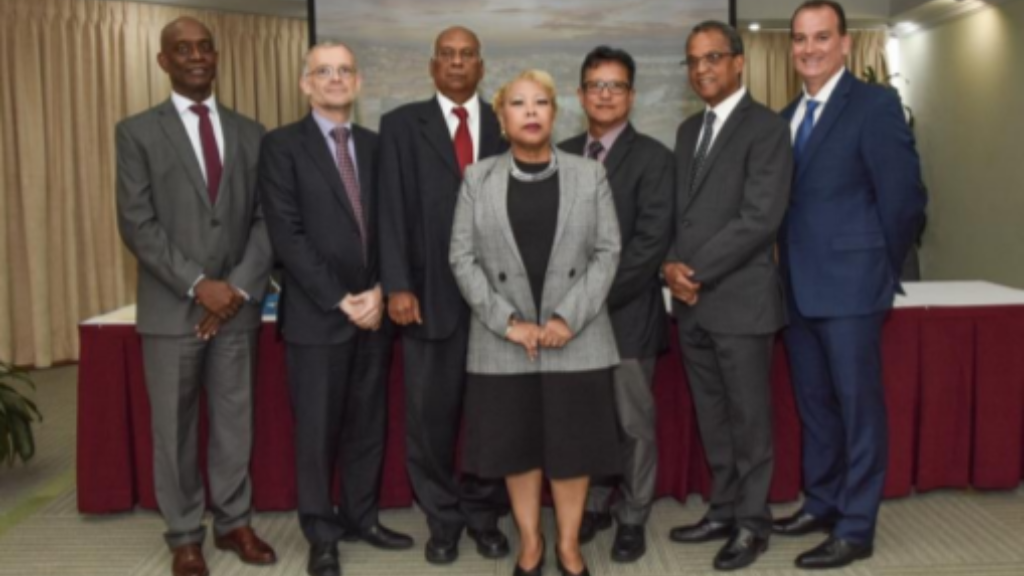 Signing of the agreements at the Central Bank of Trinidad and Tobago. Photo via Central Bank.

Agreements for the transfer of their respective traditional insurance portfolios to Sagicor Life, a subsidiary of Sagicor Financial Corporation, were executed on Monday afternoon by the institutions.

The Central Bank of Trinidad and Tobago said Sagicor was selected as the preferred purchaser “following a transparent, competitive and rigorous bidding process conducted by CLICO/BAT” with the Bank’s oversight.

The Central Bank has been in control of CLICO and BAT since 2009. During that time a multiphase resolution strategy was developed to stabilise the activities of the institutions, which included the sale of the companies’ traditional portfolios to a suitable purchaser at prices consistent with independent valuations.

In accordance with the Insurance Act Chap. 84:01, Schemes of Transfer are required before the sale can be completed.

Sagicor will prepare the Schemes of Transfer in respect of the institutions’ policies for regulatory approvals.

The entire transfer process is expected to span several months during which time CLICO and BAT will continue to administer their respective portfolios until the Schemes of Transfer are confirmed.

Consistent with the objectives of the resolution strategy, the intended transfer of the traditional insurance portfolios to Sagicor is aimed at safeguarding policyholders’ interests and assuring continued financial stability in Trinidad and Tobago.

Sagicor agrees to US $536Mil takeover by Canadian company