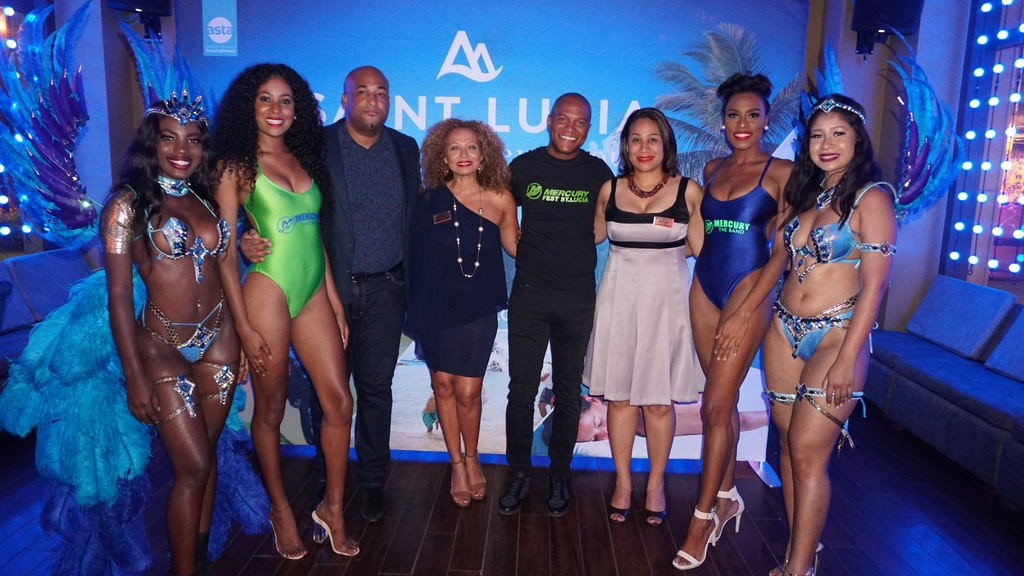 The launch took place on Friday, May 24 at The Residence, one of the premier entertainment venues in Port-of-Spain with 120 Travel and Trade partners attending the event.

The island’s organic and internationally recognised music genre, the Dennery Segment, which is an attraction at many Caribbean carnivals was showcased by local DJ, Sir Lancelot.

Homegrown singing sensation- Michael Robinson, wowed the audience with his very own singles and got them to sing and dance along.

One lucky Travel Agent, Leslie Henry of Haygem Tours and Travel Services Limited, won a familiarisation (FAM) trip to Saint Lucia during the month of love.

Speaking at the launching ceremony, Gustave thanked travel partners for their relentless support. “We are delighted that you continue to sell Saint Lucia and its offerings to your clients. Without the travel trade, we would not be where we are today. Annually we welcome over 18,000 Trinidadian visitors and we are confident that 2019 will be a record-breaking year for this market.”

Ahead of the official launch, Christopher Gustave and Geraine Georges welcomed the opportunity to speak directly to the Trinidad and Tobago public on Thursday, May 23, on The Vibe CT 105.1 FM, Red 96.7 FM and on 95.5 FM. On Friday, May 24, Gustave and Georges were also guests on CNC3’s television show, The Morning Brew.

With Saint Lucia touting its position as the events capital of the Caribbean, Caribcation will continue its campaign across the region.