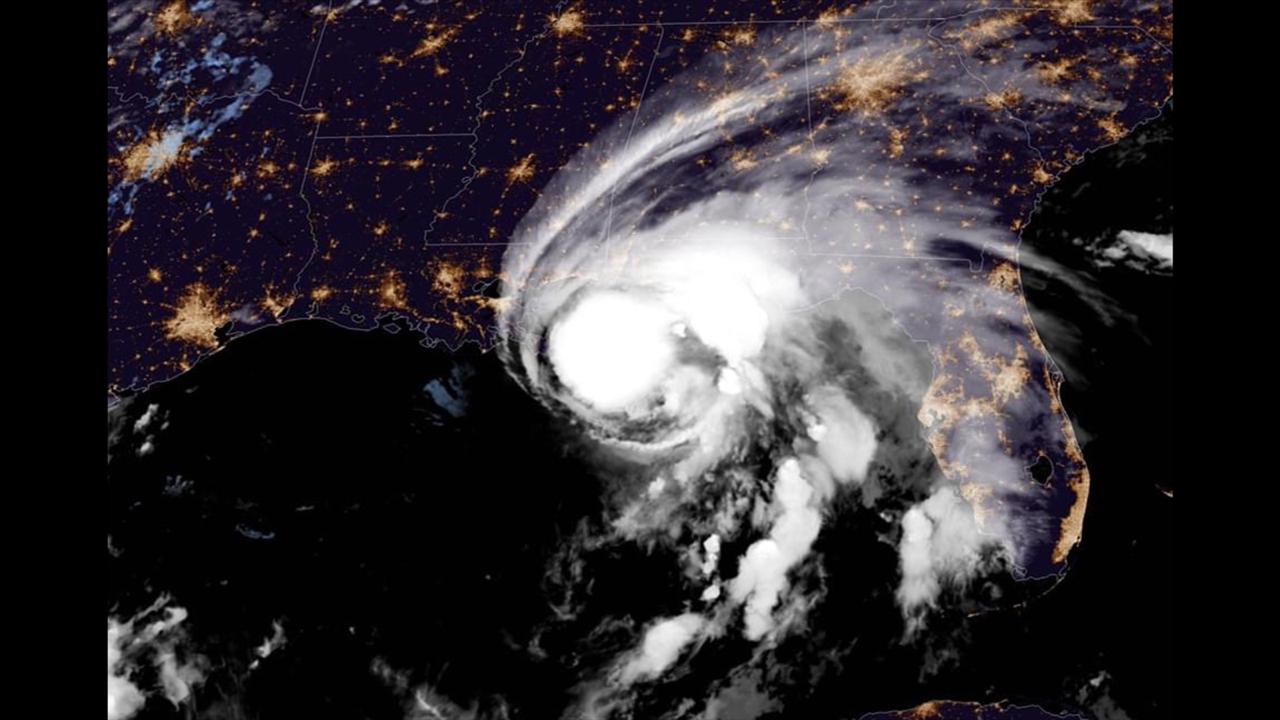 Hurricane Sally is expected to cause historic flooding through Wednesday along portions of the Northern Gulf Coast.

The National Hurricane Centre said hurricane conditions are expected to begin within the hurricane warning area late this evening or tonight.

Tropical storm conditions are occurring in portions of the warning area across the western Florida Panhandle and Alabama, and these conditions will gradually spread westward this morning and continue into Wednesday.

Preparations to protect life and property should be rushed to completion.

The NHC said a tornado or two is possible this morning in coastal areas of the Florida Panhandle and Alabama.

The tornado threat should increase and slowly spread inland the rest of today into Wednesday.

A Storm Surge Warning is in effect for:

A Hurricane Warning is in effect for

A Tropical Storm Warning is in effect for

At 4 a.m. CDT, the centre of Hurricane Sally was located about 60 miles (100 km) east-southeast of the mouth of the Mississipi River and about 115 miles (185 km) south-southeast of Biloxi.

Sally is moving toward the west-northwest near 2 mph (4 km/h), and this general motion is expected to continue this morning.

A northward turn is expected this afternoon, followed by a slow north-northeastward to northeastward motion tonight and continuing through Wednesday night.

On the forecast track, the centre of Sally will move near the coast of southeastern Louisiana later today, and make landfall in the hurricane warning area tonight or Wednesday morning.

Data from the reconnaissance aircraft indicate that maximum sustained winds have decreased to near 85 mph (140 km/h) with higher gusts, which is a category 1 hurricane on the Saffir-Simpson Hurricane Wind Scale.

Although little change in strength is forecast until landfall occurs, Sally is still expected to be a dangerous hurricane when it moves onshore along the north-central Gulf Coast.

The combination of a dangerous storm surge and the tide will cause normally dry areas near the coast to be flooded by rising waters moving inland from the shoreline.

The water could reach the following heights above ground somewhere in the indicated areas if the peak surge occurs at the time of high tide...

- The mouth of the Mississippi River to Dauphin Island including Lake Borgne, 6-9 feet

- Port Fourchon to Mouth of the Mississippi River, 1-3 feet

Overtopping of local levees outside of the Hurricane and Storm Damage Risk Reduction System is possible where local inundation values may be higher than those shown above.

Sally is expected to be a slow-moving system as it approaches land producing 10 to 20 inches of rainfall with isolated amounts of 30 inches along and just inland of the central Gulf Coast from the western Florida Panhandle to far southeastern Mississippi.

In addition, this rainfall will lead to widespread moderate to major flooding on area rivers.

WATCH:This is what it's like to be in Bermuda after hurricane Paulette

10 alarming facts about the 2020 hurricane season