Samsung scraps Note 7, so what next for consumers? 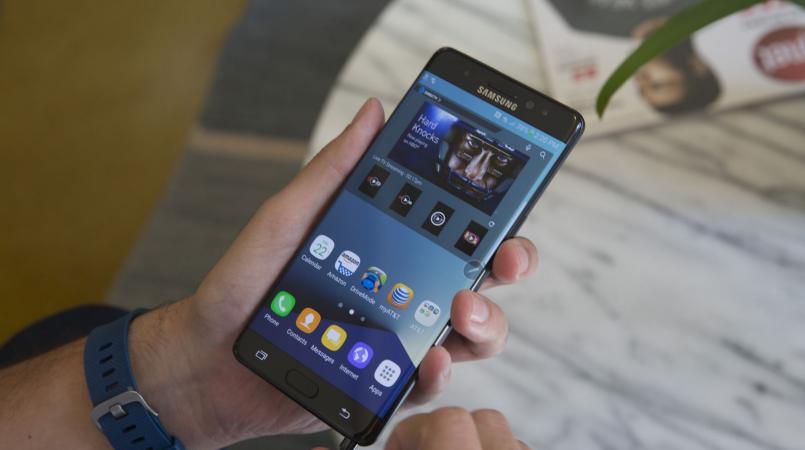 Samsung has officially scrapped the Note 7. So what's next for consumers?

Reports of battery fires first prompted a round of recalls and then exchanges for what the company said were safer devices. Then Samsung was forced to junk the huge phone-bordering-on-tablet altogether after reports that the replacement phones were causing fires too. All of the major U.S. mobile carriers halted sales and trade ins.

So what's a Note 7 owner to do? Here are some answers to common questions:

I HAVE ONE OF THE REPLACEMENT PHONES. DO I REALLY NEED TO STOP USING IT?

Absolutely. The multiple investigations into replacement units catching fire and the fact Samsung has pulled the plug on the model should tell you something.

In addition, South Korean safety authorities said Tuesday that they may have found a new defect that may not be related to the batteries.

If you insist on using a Note 7 until obtaining a replacement, don't plug it in at night at your bedside, and don't give it to your kids. Use it at your own risk.

HOW BAD HAVE THE FIRES BEEN?

Social media is filled with pictures of smoldering phones. While dramatic, these occurrences are far from common. But you don't want to become the next headline.

Michael Klering of Nicholasville, Kentucky, says his replacement Note 7 caught fire while he was sleeping last week. The fire scorched a nightstand and filled his house with smoke that he says has caused his family to suffer breathing problems.

And when U.S. regulators announced their recall of the original Note 7s last month, they cited 92 reports of the batteries overheating in the U.S., including 26 reports of burns and 55 of property damage. The property damage included fires in cars and a garage.

DID I JUST WASTE NEARLY A THOUSAND DOLLARS ON THE NOTE 7?

Samsung has been slow to release specific information on the replacement phones. Its initial recall offered owners a refund, a replacement Note 7 or another Samsung phone such as the Galaxy S7 with a refund of any difference in price.

While the replacement phone isn't an option anymore, the offer of a refund or another model of Samsung phone still stands. All major U.S. carriers are also letting customers switch to another manufacturer's phone.

Customers who exchange a Note 7 for another Samsung product also get a $25 in the form of a gift card, in-store credit or bill credit from select carriers or retailers.

It depends on the carrier. T-Mobile and AT&T, for instance, are giving full refunds on accessories.

Some Samsung gadgets, such as its Gear Fit2 fitness tracker, will work with other Android phones. The Gear VR virtual reality headset requires a recent Samsung phone, though.

The Galaxy S7, which came out in March, doesn't offer the same huge screen as the Note 7, but it has many of the same features. Notable exceptions are the Note 7's iris scanner and pen.

Samsung's Galaxy S8 is expected in February or March, making the S7 feel old already. Even older is last year's Note 5 (there was no Note 6).

It's unlikely that Samsung will try to push out the S8 earlier to fill the gap, as the company is dependent on parts that might not be ready until next year.

COULD OTHER PHONES CATCH FIRE?

Given consumer demand for batteries that are more powerful, last longer and charge faster, it's a little surprising that Note 7 is the only phone catching fire these days.

Not that long ago, some laptop batteries were going up in flames too.

The Note 7 is still being dissected by tech experts for Samsung and the government. They may find that the problem isn't with the battery at all.