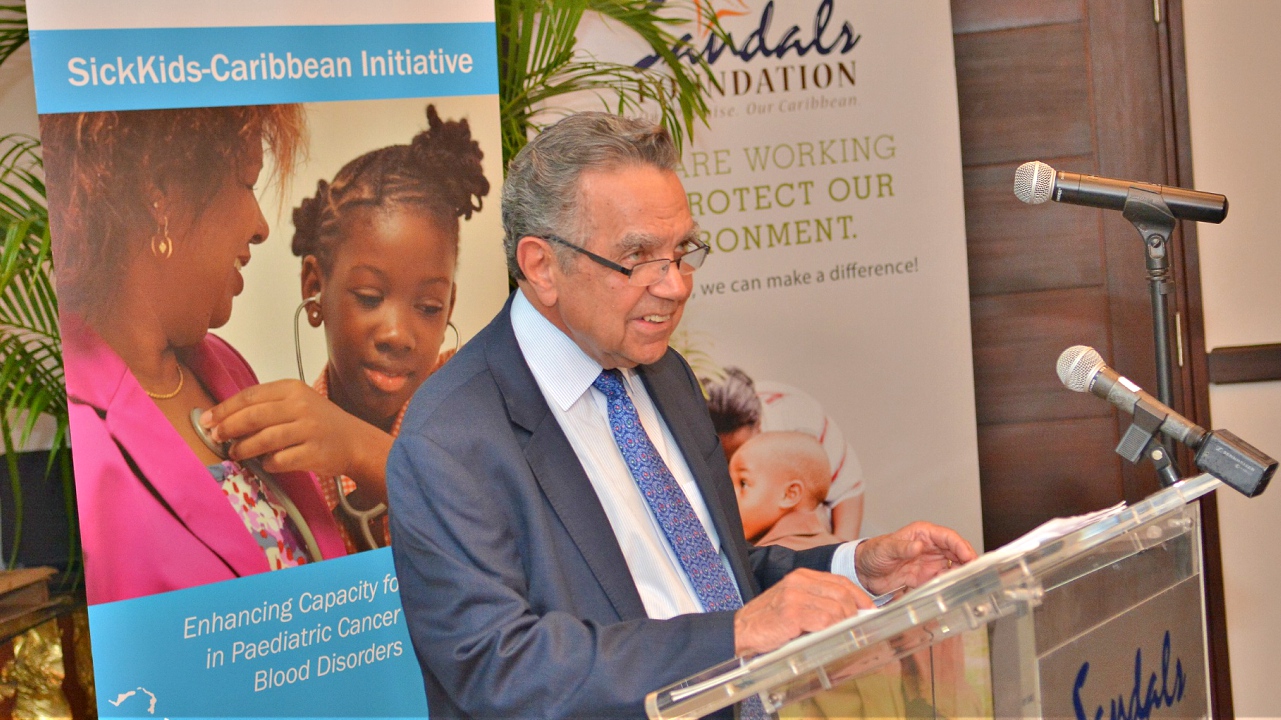 Sandals Foundation has announced that over the next five years it will donate US$600,000 to become a Catalyst Donor supporting the SickKids VS Limits fundraising campaign of SickKids Foundation based in Toronto, Canada.

The Sandals Foundation has already donated US$400,000 to the SickKids-Caribbean Initiative which seeks to build local capacity to advance the study, diagnosis and treatment of paediatric cancer and serious blood disorders across the region.

“Sandals Foundation is all about creating opportunities for the Caribbean region and its people, and so we are very pleased to partner with SickKids to help create better treatment opportunities for children with cancer and blood disorders as well as close the gap in survival rates between children in this region and those in North America,” said Heidi Clarke, Executive Director of the Sandals Foundation.

Clarke made these comments at the recent launch of the CDN$1.3 billion SickKids VS Limits fundraising campaign, the largest in Canadian health care history. The campaign will support three key elements: re-imagining the campus, including building a new patient care centre at The Hospital for Sick Children (SickKids) in Toronto, continuing breakthrough paediatric health research, and establishing partnerships for better, coordinated patient care around the world including Phase II of the SickKids-Caribbean Initiative.

Working with the University of the West Indies and the health sector in six Caribbean countries since 2013, Phase I of the SickKids-Caribbean Initiative has held 221 telemedicine consultations in state-of-the-art rooms such as the Sandals Foundation Telemedicine Room at Victoria Hospital in St Lucia; sponsored 26 nurses to train in paediatric haematology/oncology through UWI’s School of Nursing in Trinidad; screened 37,578 newborns for sickle cell disease; and registered 457 patients in local haematology/oncology databases for monitoring outcomes.

In addition, the Initiative has trained Jamaica’s first two paediatric oncologists, Dr. Michelle Reece-Mills and Dr. Sharon McLean-Salmon, and is currently training a third oncologist, Dr. Chantelle Browne-Farmer, from Barbados, who is in the second year of the Sandals Foundation Fellowship. It is expected that Phase II of the SickKids-Caribbean Initiative will build on these groundbreaking programmes while moving towards sustainability within the region.

SickKids Foundation supports The Hospital for Sick Children (SickKids), which is one of the world’s leading centres for paediatric care, research and learning and is located in Toronto, Canada. SickKids Foundation raised an unprecedented CDN$140 million for the fiscal year ending March 31, 2017, and is the largest non-governmental funder of children’s health in Canada.

Sandals to take care of guests impacted by Antigua refurbisments