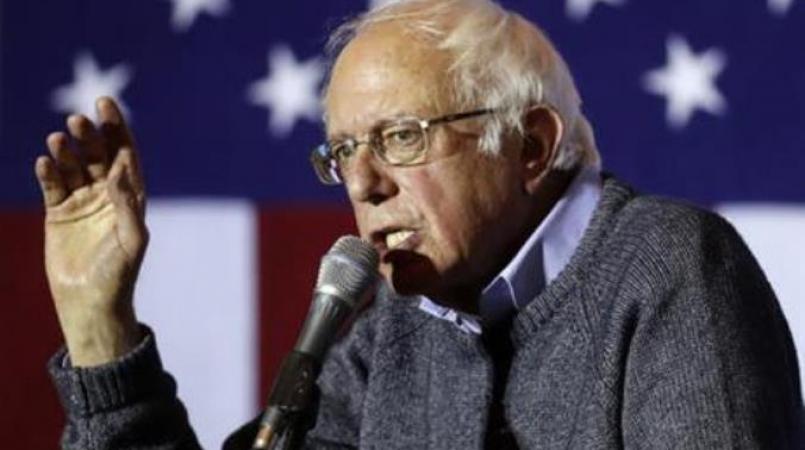 Promising to "expose the Republican Party for what it is," Vermont Sen. Bernie Sanders predicted Wednesday that President Donald Trump would be a one-term president as the liberal icon prepared to launch a nationwide tour to rally Democrats.

"In terms of the first three months in office, Donald Trump is the least popular president in the history of polling," Sanders told The Associated Press. He cited the Republican president's support for a health care bill that he said strips insurance from millions of Americans, tax reform that cuts taxes for the rich and budget cuts that disproportionately affect the poor.

The comments come as Sanders prepares to launch a tour next week with Democratic National Committee chairman Tom Perez that includes visits to some tossup and Republican-leaning states where Democrats struggled in the last election. The tour opens Monday with a rally in Portland, Maine, followed by appearances over the subsequent four days in Kentucky, Florida, Texas, Nebraska, Utah, Arizona and Nevada.

It is an aggressive schedule reminiscent of the 75-year-old senator's recent presidential campaign. He failed to wrestle the nomination from Hillary Clinton in 2016, but developed a large and passionate following from his party's liberal base.

The Democratic Party hit bottom last fall after an election season in which they lost the presidency and could not take control of the House or Senate despite favorable conditions in some cases. Sanders acknowledged his party's failures in 2016 and said the upcoming tour would "begin the process of fighting back."

He also cited Tuesday's special election in Kansas, where Republicans scored a narrow victory over a little-known Democrat in a district where the GOP dominated in the past.

"The Republicans had to spend money like crazy at the end to beat him," Sanders said. "I think that's a very good omen for the future."