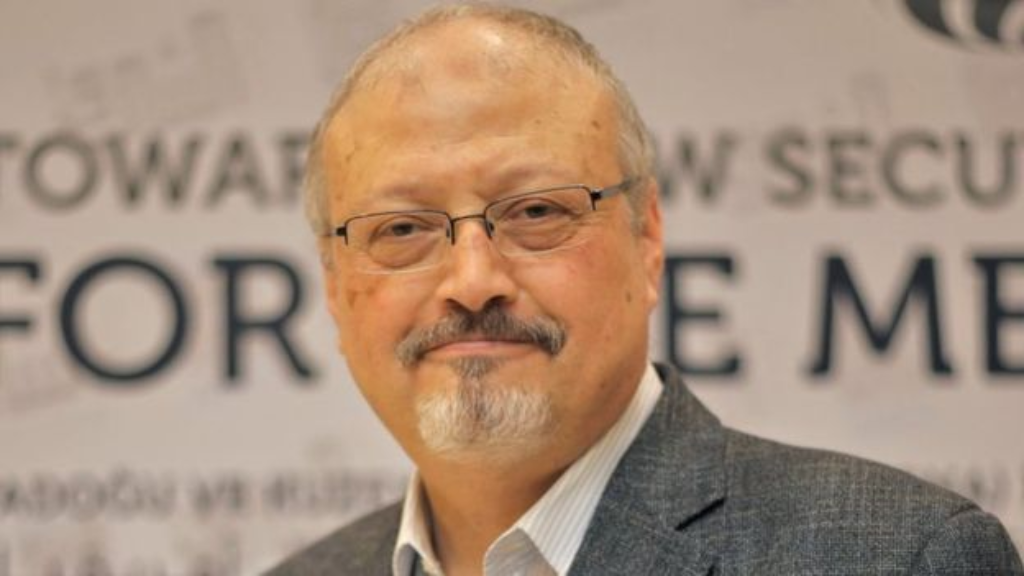 Saudi Arabia announced on Thursday it will seek the death penalty against five suspects in the slaying of Washington Post columnist Jamal Khashoggi, a killing that has seen members of Crown Prince Mohammed bin Salman's entourage implicated in the writer's assassination.

Prosecutors announced that 11 suspects in the slaying attended their first court hearing with lawyers, but the statement did not name those in court. It also did not explain why seven other suspects arrested over the October 2nd killing at the Saudi Consulate in Istanbul did not immediately face formal charges. The kingdom previously announced 18 people had been arrested.

Saudi officials did not immediately respond to requests for comment.

The killing of Khashoggi, who wrote columns critical of Prince Mohammed, has strained the decades-long ties the kingdom enjoys with the United States. It also has added to a renewed international push to end the Saudi-led war in Yemen.

"The Public Prosecutor demanded imposing proper punishments against the defendants and is seeking capital punishment for five of the defendants for their direct involvement in the murder," a statement from prosecutors said, without elaborating.

The suspects requested copies of the indictments they faced, as well as asked for more time to prepare for their case, prosecutors said.

While vague on details about the case, prosecutors made a point to express concerns about Turkey. They alleged that Turkish officials did not answer two formal requests made for evidence in the case.

Officials in Ankara could not be immediately reached for comment. Turkish officials have previously said they shared evidence with Saudi Arabia and other nations over Khashoggi's killing.

Turkey also has demanded Saudi Arabia extradite those 18 suspects to be tried there for Khashoggi's killing. Turkish security officials have kept up a slow leak of videos, photographs and morbid details surrounding Khashoggi's slaying to pressure the kingdom, as the two U.S.-allied countries vie for influence over the wider Mideast.

Turkish media have published photographs of members of the crown prince's entourage at the consulate in Istanbul ahead of the slaying. Khashoggi's body, believed to have been dismembered after his killing, has yet to be found.

Khashoggi, 59, entered the consulate Oct. 2 as his fiancée waited outside. But unbeknownst to him, a team of Saudi officials had flown in before his arrival and laid in wait for him.

Saudi Arabia denied for weeks that Khashoggi had been killed but later changed its story and ultimately acknowledged the brutal slaying. King Salman ordered the restructuring of the country's intelligence service, but has so far shielded Prince Mohammed, his 33-year-old son who is next in line to the throne in the oil giant kingdom.

All that has not has not stopped widespread international criticism against the kingdom. Under Prince Mohammed, Saudi Arabia has seen the arrest of business leaders, royals and activists while also recently granting women the right to drive.

U.S. senators in December passed the measure that blamed the prince for Khashoggi's killing and called on Riyadh to "ensure appropriate accountability." Senators also passed a separate measure calling for the end of U.S. aid to the Saudi-led war in Yemen. Both measures drew angry responses from the kingdom, but a renewed international effort has begun to end the Yemen war.

It is no surprise that the kingdom would seek to execute those accused in Khashoggi's slaying. Saudi Arabia was the world's third top executioner in 2017, behind China and Iran, according to Amnesty International's most recent figures available.

The kingdom executed at least 146 people, according to the group. It regularly beheads those condemned to death and last year said it "crucified" a Myanmar man, an execution in which the condemned is usually beheaded and then the body put on display, arms outstretched as if crucified.