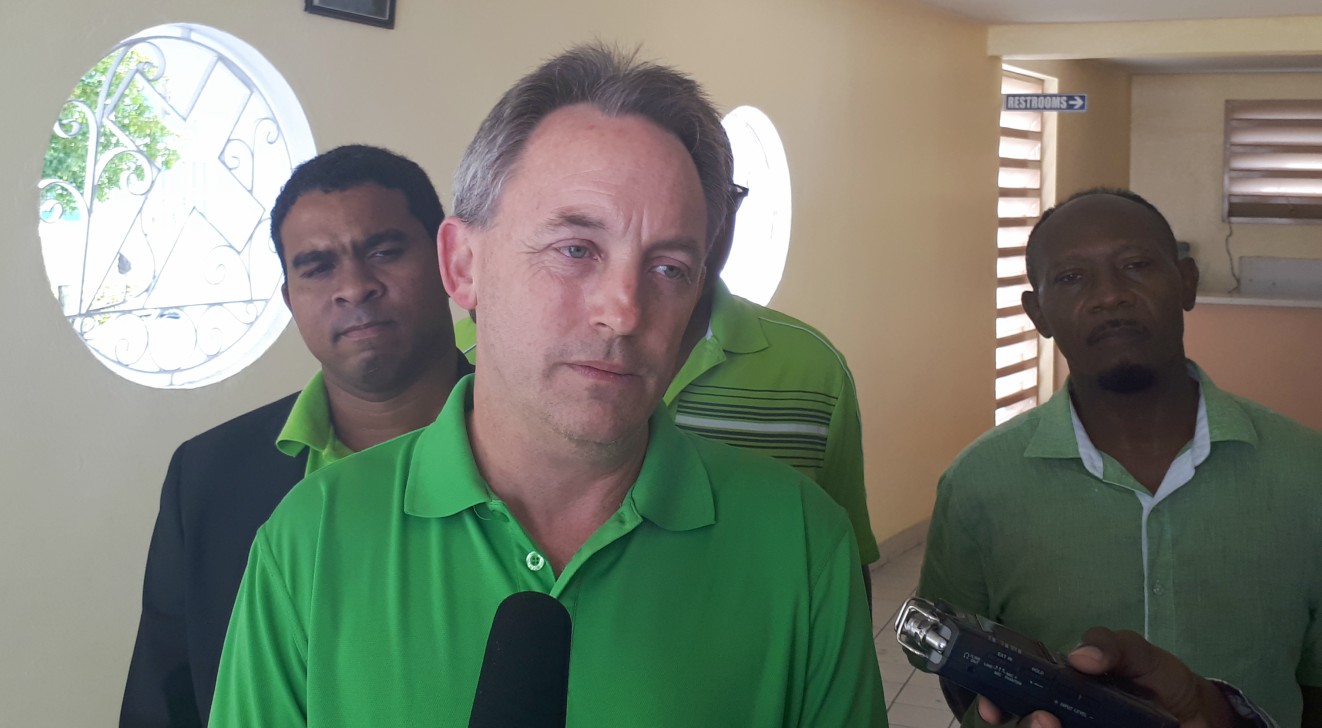 Shadow Minister of Finance for Solutions Barbados (SB), Scott Weatherhead, is of the view there needs to be a national debate ahead of the May 24 General Elections.

This, he said, would allow all the political parties to thoroughly outline their proposed economic policies, as opposed to using the political platform for hurling insults. Weatherhead spoke to reporters on the sidelines of the nomination for the City of Bridgetown on Monday which saw Fallon Best make his candidacy official.

"As you may well know some parties have not outlined their economic plans and what they are going to do to turn this economy around for Barbados," Weatherhead said.

He said the party has had its economic policies in tow for some time and they eagerly want to hear from the other parties, particularly the Democratic Labour Party (DLP) who, on Sunday, chose to forgo talking about the economy and instead dropped a barraged of insults on the Barbados Labour Party (BLP) leader, Mia Mottley.

"Solutions has had their economic plan out since 2015 and we are ready to debate it, to defend it, to explain it in great detail so that the public of Barbados can really decide who to elect.

He said if candidates were allowed to participate in a national televised debate, Barbadians could hear the parties' views on issues such as same-sex marriage, the International Monetary Fund, whether UWI tuition should be free or not and the ever-pressing issue of the repeal of the National Social Responsibility Levy (NSRL).

Weatherhead added with just over two weeks before the elections, party policy needs to be made clear so the electorate can make informed decisions on May 24.