Scenes from march through Bridgetown 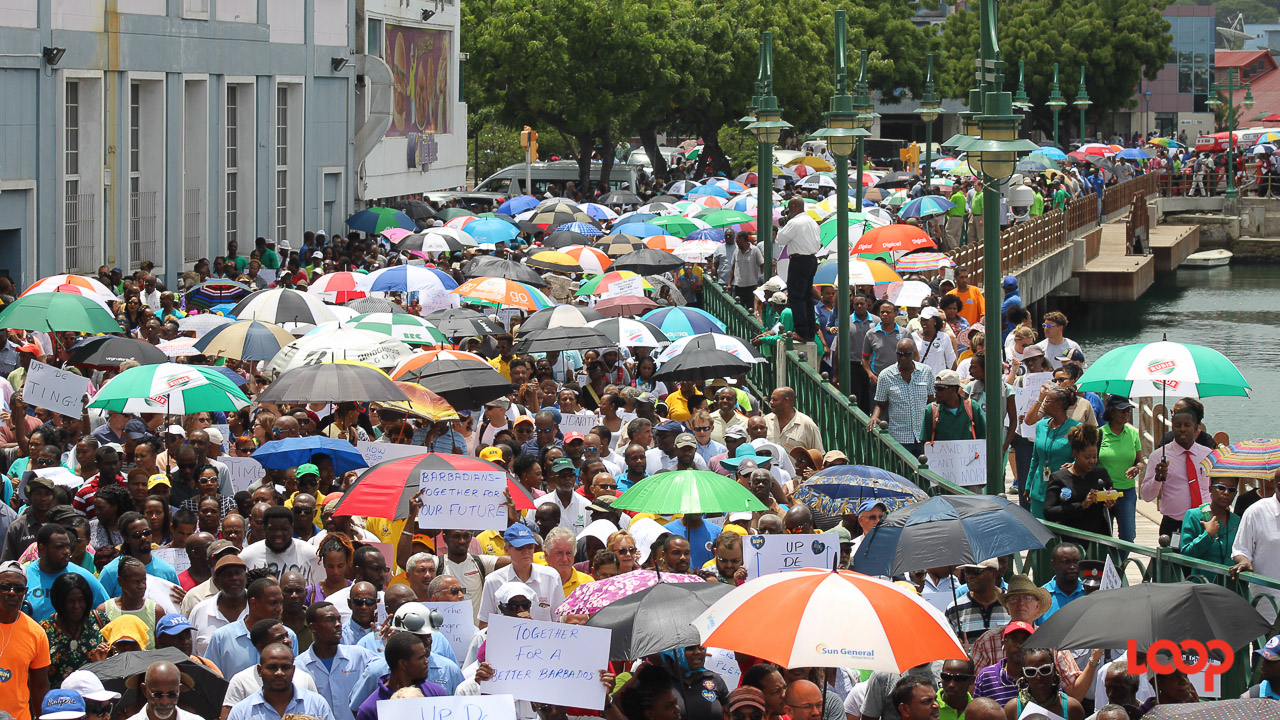 Thousands of Barbadians turned out for a march from Queen's Park today, organised by a coalition of trade unions and supported by the Barbados Private Sector Association (BPSA), aimed at urging the Government of Barbados to have discussions with the Social Partnership over the National Social Responsibility Levy (NSRL) and other measures implemented in the recent Budget.

General Secretary of the Barbados Workers’ Union (BWU), Toni Moore, stressed that the march is an opportunity for the "wider public to demonstrate their support for the concerns which we have, namely, that we should have dialogue”.

Many companies have shown their support for the action by announcing adjusted opening business hours or the complete closure of their operations for today to allow staff to take part in the demonstration.

Take a look at the gallery and videos below to see the large numbers that turned out in support of this action.

Unions: We have no political motives