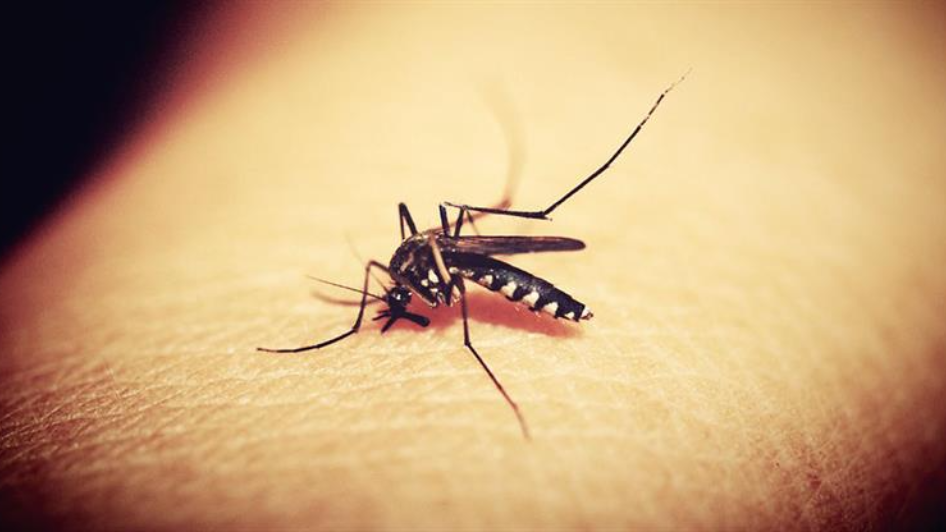 The Zika virus may not seem as big a threat as last summer but don't let your guard down — especially if you're pregnant or trying to be.

While cases of the birth defect-causing virus have dropped sharply from last year's peak in parts of Latin America and the Caribbean, Zika hasn't disappeared from the region and remains a potential threat.

It's hard to predict how much risk people face in locales with smouldering infection, or if cases might spike again. For now, pregnant women still are being urged not to travel to a country or area with even a few reported cases of Zika, because the consequences can be disastrous for a fetus' brain.

"It's part of the new reality," said Dr. Martin Cetron of the Centers for Disease Control and Prevention.

Those trying to conceive, and their partners, are advised to check with their doctor on how long to wait after visiting a location with active Zika infection.

There are lingering questions, too, about Zika's risk beyond pregnancy, enough that US scientists just began studying babies in Guatemala to learn if infection after birth also might damage the brain.

The challenge is getting those messages to the people who most need it when Zika is fast receding from the public's radar — even as money may be drying up to track the virus and the babies it injures.

UNCERTAINTY AS MOSQUITO SEASON GETS IN FULL SWING

In the past month, Puerto Rico and Brazil, hard hit by Zika last year, declared their epidemics over. But smaller numbers of infections continue around the region, according to the CDC and the Pan American Health Organization.

The US Zika Pregnancy Registry counts 1,963 pregnant women in U.S. states who had lab tests showing Zika infection since officials began counting in 2016, and another 4,107 in US territories.

Since the beginning of June, 271 pregnant women were added to the registry's Zika count, 80 of them in US states and the rest residents of US territories, although it's not clear when they became infected.

What about nonpregnant travelers? CDC has counted 140 cases so far this year in US states, all of them who had symptoms. The vast majority of people who get Zika don't notice symptoms, yet still are potential spreaders of infection if mosquitoes back home bite them and then someone else. That happened late last year in parts of South Florida and Texas, and local health officials remain on alert in case it happens again.

There is no treatment for Zika.

Babies born to Zika-infected mothers can experience severe brain-related defects even if mom had no symptoms. Abnormally small heads, called microcephaly, are the most attention-getting defect. Babies also may have hearing or vision loss, seizures, trouble swallowing or restricted limb movement. Zika infection also can lead to miscarriage or stillbirth.

What's the risk? About 1 in 20 women with Zika so far have had babies with birth defects in US territories, according to the latest pregnancy registry data. Risk was higher if mom was infected during the first trimester, but even third-trimester infections sometimes led to birth defects.

Another scary issue: Some babies appear fine at birth only to develop health problems later on. What if Zika can harm a newborn's still-developing brain like it does a fetal brain? After all, one way Zika does its damage is by attacking developing brain cells called neural progenitor cells, and babies retain many of those cells for months after birth.

To find out, the National Institutes of Health just funded a new study in Guatemala, where Zika still is spreading, to track the health of 500 newborns and 700 other children ages 1 to 5.

"Our concern is that a developing brain in early life can be impacted significantly," Dr. Flor Munoz of Baylor College of Medicine, who will help lead the study, said in a statement. "It's an important question to address not just for children that live in the endemic areas, but also for children who travel to these areas."

Back in the US, public health advocates worry that $1.1 billion Congress approved last year to study and fight Zika is running out — including funding for a birth defects surveillance program intended to monitor affected babies' development and connect them to health services.

The NIH recently began the first large test of a potential vaccine, a study that aims to enroll 2,400 people in Florida, Texas, Puerto Rico and five Zika-prone countries. There are no signs of safety problems. But if Zika infections remain at low levels, it's likely to take more than one summer of shots to prove if the vaccine really protects.

Several other vaccine candidates are in earlier stages of testing. Further down the pipeline, the NIH also is researching whether it's possible to create a universal vaccine to protect against multiple "flaviviruses" including Zika, dengue, yellow fever and West Nile.

Brazil declares end to Zika emergency after fall in cases

Doctors tie Zika virus to heart problems in some adults