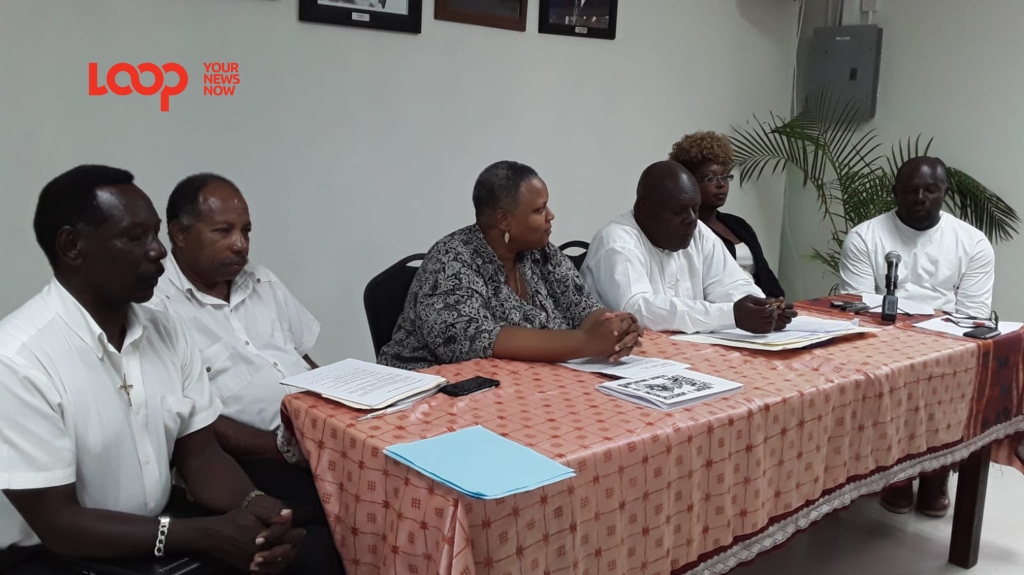 Candidates vying for posts in the upcoming election at NUPW.

There are plans to turn the Dalkeith Headquarters of the National Union of Public Workers (NUPW) into a safe space, one that will house a daycare, a facility where young people will be trained and where even the elderly will be included.

These are among the plans thrown out by five “long-standing” members of the union who are hoping that will form the new executive committee when the April 3rd elections are called.

Scott speaking at a press conference this week said they are all about change and all about ensuring that the workers get what representation they have not been getting over the years. He says if they are elected, the new executive would change the union’s constitution.

He says they are advanced in their plans of introducing a “medical and health care unit”, as well as a “professional development centre”, which would be used to increase the efficiency of its members who work in the public service. He along with Ms Waithe believes that it is time young people get a better place in the union, a union that will be celebrating its 75th anniversary this year.

Waithe said she is not in it for power, “but so that young people like me can have a voice.”

Cave too believes that it is time that the young people are not just represented but get more involved. She said too many young people instead of getting appointed to work are now being placed on contracts. Work, she argued is no longer insured but uninsurable. She stressed too many young people do not have job security and peace of mind, adding to the level of unproductivity.