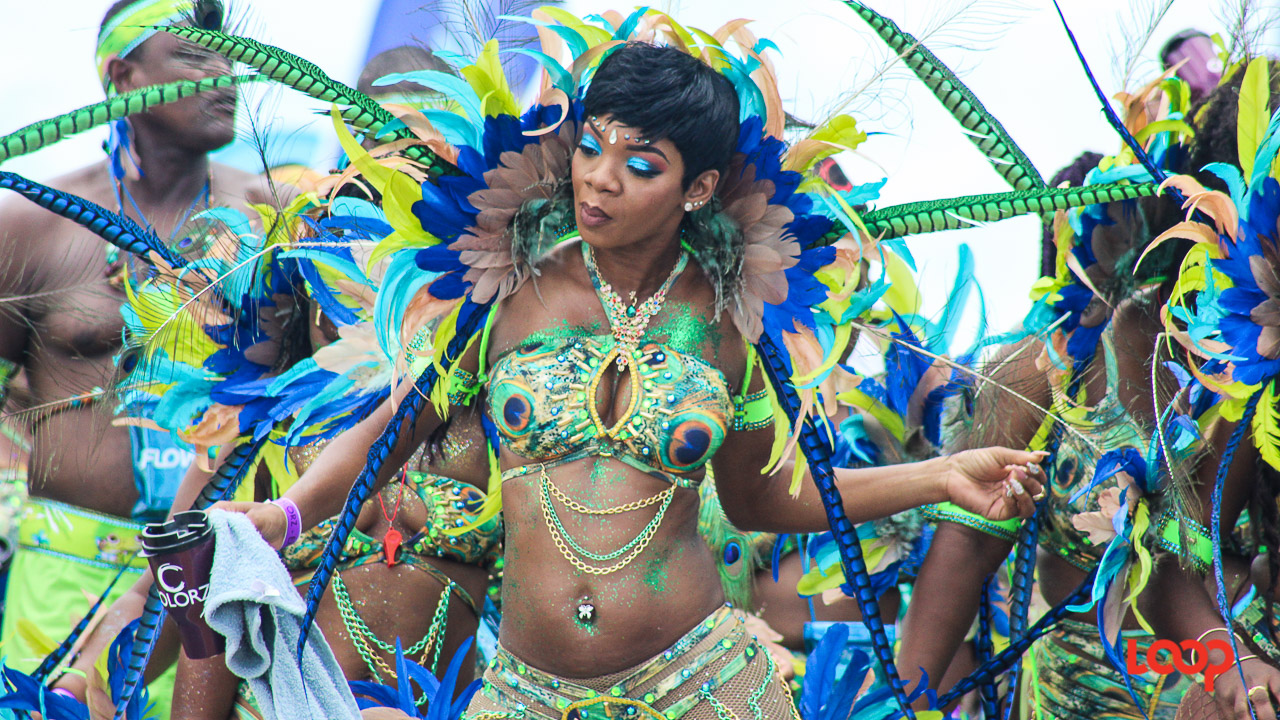 Bands going through the National Stadium for Grand Kadooment.

It was a battle of feathers and traditional costumes today as the judging for the Republic Bank Grand Kadooment transformed the National Stadium into a sea of beautiful colours.

Just over 20 bands chose to partake in the ‘crossing of the stage’ and although the wait was long and the sun extraordinarily hot, masqueraders showed high levels of energy while parading their costumes in an effort to ensure their bands caught top prizes for the Grand Kadooment jump.

Though she did not cross the Stadium stage, Barbadian superstar Rihanna, was among the thousands of revellers on the road from the Stadium to Spring Garden. She was with Aura Experience. 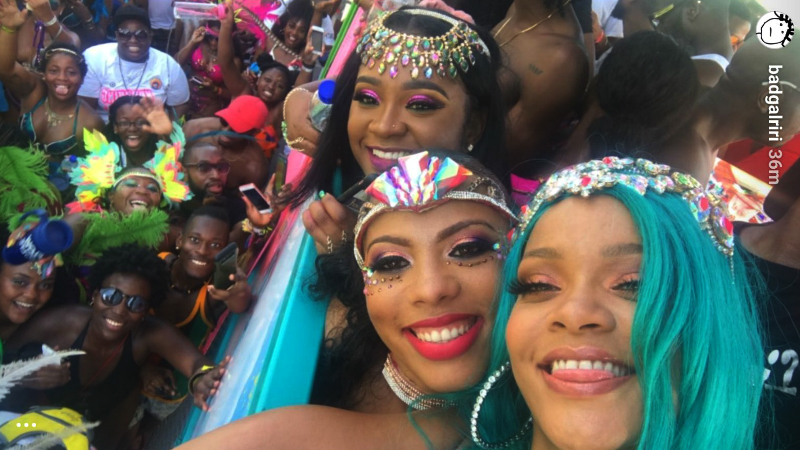 The more traditional bands such as the Gwyneth Squires Band, the Betty West Kadooment Band and Fifth Element were the notable bands coming through for the judging process. The presentation by West under the theme ‘Welcome to my Island’ stood out with each section depicting particular countries that make up the revellers on the road for jump-up day. They included Canada, the United Kingdom and countries of the region such as Trinidad and Tobago, Jamaica and Guyana.

West spoke to the media shortly after the judging where she said her band encountered quite a few challenges but was able to pull through to put 350 people on the road.

The theme of the ‘Econ Money’ used by the Fifth Element band led by Kevin Small was both timely and well presented.

Two bands paid tribute to the late bandleader, Renee Ratcliffe, who passed away last Kadooment Day after collapsing just outside the National Stadium. Jump Promotions paid their respects to Ratcliffe in its theme Journey of a Dragonfly, while Wednesday 2000 opened their presentation with a moment of silence.

There was also an abundance of feathers and a kaleidoscope of colours when premium and ultra premium bands such as Xhosa Barbados, Zulu International and Colorz Entertainment showcased their costumes for the judges. Female masqueraders outdid themselves in terms of fashion as they pulled out all the stops to ensure their entire outfits were on point. The men were not be left out of the do as they too displayed their fashion sense.

It was just before 3 p.m. when the last band made its way through the National Stadium and onto the road for the real action.

International celebs expected for climax of 2017 Crop Over Festival