POLL: Search on for environmental fix at Barbados Statistical Service 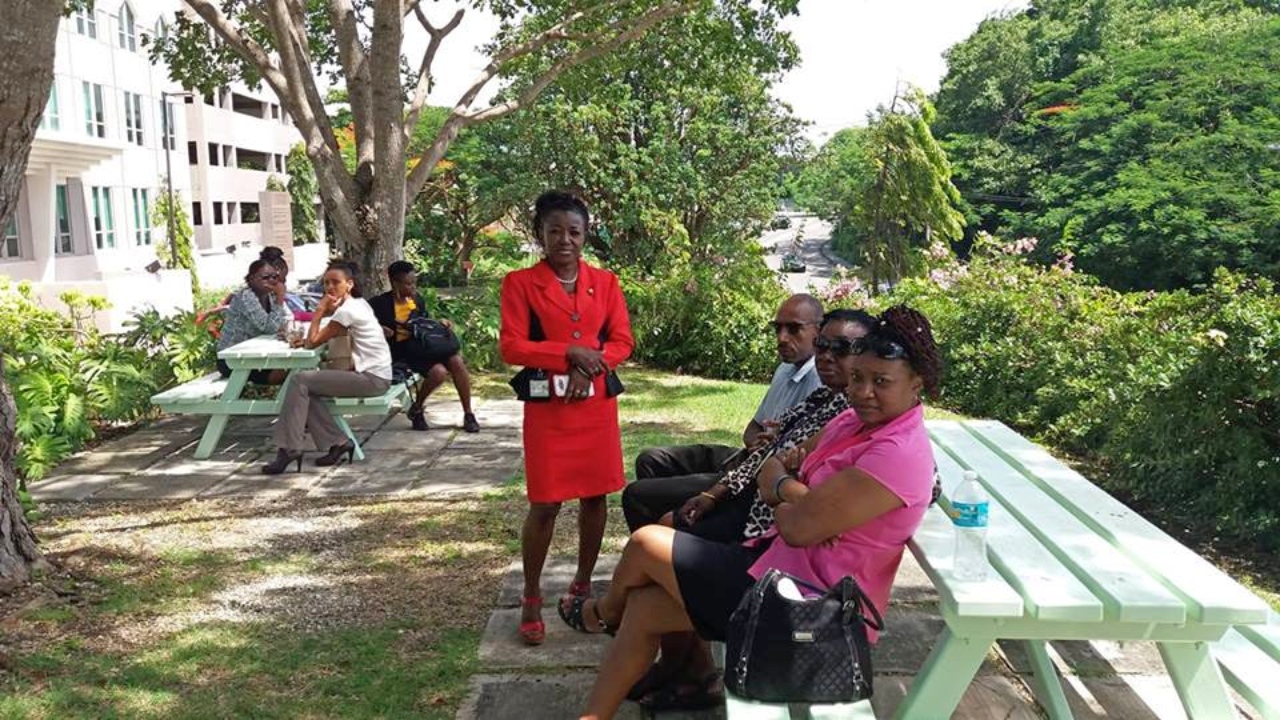 Workers at the Barbados Statistical Service (BSS) wait outside, as a pungent smell spreads across their office.

Workers at the Barbados Statistical Service (BSS) are no clearer about the path forward today, than they were yesterday.

Reoccuring health problems seemingly linked to the building and the collapse of a coworker on Monday, led to workers assembling outside of the Baobab Tower in Warrens, St Michael, which houses them on the fifth floor.

When Loop News visited this morning, some workers were under trees on the compound, waiting for the "pungent, sewage-like smell" to dissipate.

"I get in very early," one worker said, "and I was able to stay in the building for about 10 minutes, but soon had to step out because I just could not bear the smell."

Other employees of the BSS shared similar sentiments, describing itching and burning skin, as well as eyes; running noses and eyes; as well as swollen eyes as just some of the symptoms they were experiencing.

One of the most distressing symptoms described was what happens to some persons' throat and tongue after being in the building:

"When some people spend time in the building their throats become swollen and their tongues turn red, and they even look raw, and after spending some time outside it starts to go back to normal... it's so strange."

They all hoped for a speedy resolution for the problem so that they could have improved health and function better in the office.

Director of the BSS, Aubrey Browne, was in a meeting when Loop News visited the Baobab Tower office this morning, but later spoke to us in a phone call.

He said that when contact was made with the three agencies identified as paramount to resolving the issue yesterday, the Environmental Protection Department (EPD) explained that they could not investigate the matter:

"The EPD does not deal with indoor environmental issues. They suggested that that would have to go to the Safety and Health Committee of the Ministry of Labour. So that unit is actually working with the property manager to identify the source of the issue."

He added that plans are being made to investigate the problem:

"So that investigation is continuing and there is some other work that needs to be done. The next course of action now would be to go into the ceiling and investigate the plumbing work and everything to get to the source of the issue... That would require closing the office or doing work on the weekend when it wouldn't inconvenience staff."

When asked what would be expected of employees during this time, he said that such matters are being worked out:

"The scent occurs periodically, so it lasts for less than an hour and then it dissipates after a while, so when it occurs then they would leave the office and wait until it dissipates to resume work - we are trying to see how best we can address that issue. I have to consider now approaching the head of the civil service to see if he could consider closing the office, but that would be the next course of action I have to pursue.

"Right now I am waiting on a response from the property manager as to how long the investigation will take and then I will approach the head of the civil service about the possibility of at least closing the office for one day, to see if the investigative work can be done during that period and the problem can be identified."