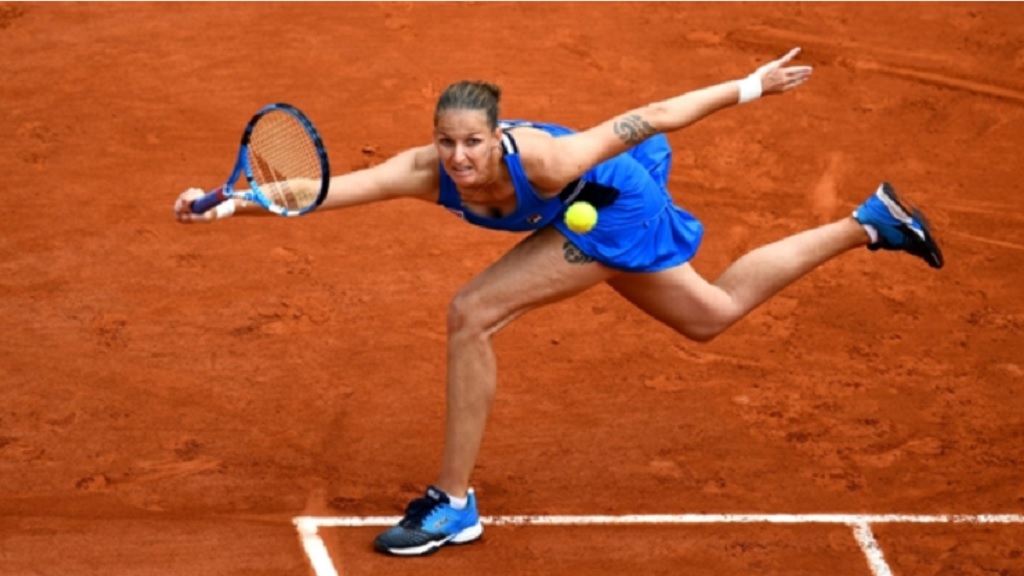 Karolina Pliskova lost to Petra Martic in round three of the French Open.

Karolina Pliskova's hopes of winning a first grand slam title at the French Open were dashed by in-form Petra Martic in round three on Friday.

Second seed Pliskova arrived at Roland Garros on the back of her triumph at the Internazionali d'Italia but struggled to break down the strong defence of Martic in a 6-3 6-3 defeat on Court Philippe-Chatrier.

It was the Croatian's 14th win on clay this year, more than any other woman, a phenomenal run that has now seen her add the biggest win of her career to a maiden WTA Tour title in Istanbul.

Martic, who withdrew from the Internationaux de Strasbourg last week due to a back injury, did not face a single break point in the opening set, making it clear Pliskova would not have things as easy as in her 56-minute second-round win against Kristina Kucova.

The Czech dropped her serve in game two of the second set but reeled off the next three in succession – though she had to stave off a trio of break points in the midst of doing so.

However, Pliskova was unable to secure a second break and a long smash left her with her head in her hands as she gave Martic a chance to serve out the match.

The 31st seed had to fend off three break points before advancing, a stunning volley at the net forcing deuce before she rounded off the upset with an ace.

Nadal through in four against spirited Goffin

Serena too strong for Nara in Paris stroll