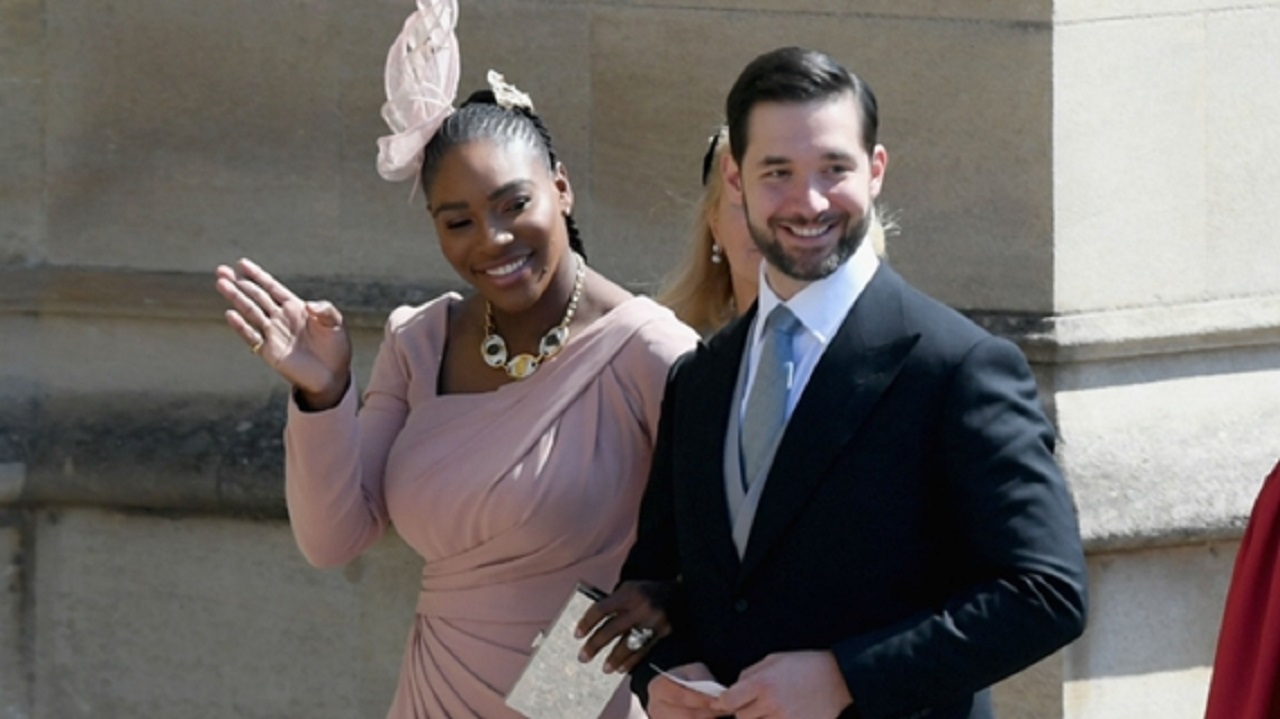 Serena Williams and husband Alexis Ohanian at the Royal Wedding.

Serena Williams and David Beckham were among a number of sports stars at Saturday's Royal Wedding to celebrate Prince Harry's marriage to Meghan Markle.

The guest list included athletes from the worlds of tennis, football and rugby, with millions watching around the world and spotting their sporting heroes.

And Williams - a friend of the bride - posted on Twitter to mark the day, uploading a series of pictures in her outfit.

"Ready for my friend's wedding," she wrote.

Beckham attended in the hours before former club Manchester United play in the FA Cup final, but not everyone could make it or even get the day off to watch the ceremony, with Eugenie Bouchard sending a snap from courtside as she trained.

"Me trying to figure out how to live stream this royal wedding during practice," she posted alongside the picture.

Bouchard clearly soon found a television screen, though, as she followed up that post with another: "I'm not crying, everyone's crying."

England rugby union international James Haskell was at the ceremony, but his presence seemed to attract jokes at his and Harry's expense, courtesy of former team-mate Sam Burgess.

"Did I just see @jameshaskell at the royal wedding," Burgess wrote. "That bloke gets where water can’t. Wonder if he and Harry will discuss hair growth products at the after party."