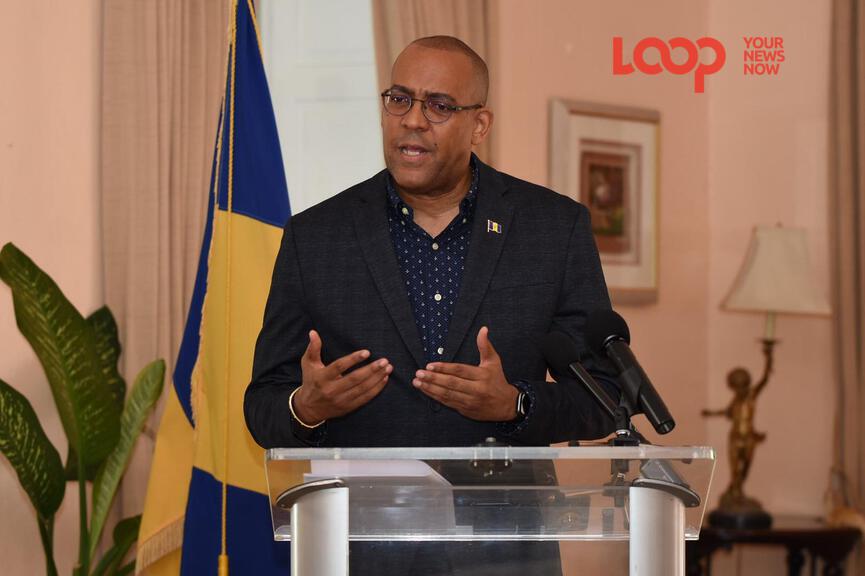 Barbados' core tourism markets - Europe, the United Kingdom, the United States and Canada - have closed their borders and urged their citizens to refrain from non-essential travel resulting in a suspension or cessation of flights.

This afternoon, Minister of Tourism and International Transport, Kerrie Symmonds informed the public of the changes to scheduling and operations for airline carriers at the Grantley Adams International Airport (GAIA).

He disclosed that European flights from German carriers, Eurowings of the Lufthansa Group and Condor have been suspended. Condor suspended its operations indefinitely on March 20 and Eurowings will cease winter operations into Barbados from March 23.

British carrier, Virgin Atlantic will cease operations from March 23. Repatriations for British citizens will be on March 22 and March 23. Symmonds revealed that Government has established a cooperative agreement with Virgin Atlantic that if any individuals from the United Kingdom missed the Virgin Atlantic flights, they will transfer to British Airways.

British Airways will continue to fly to Barbados until March 26. Symmonds stated that Government was in discussions with BA to operate a flight once a week, to keep an open connection for the transportation for medical supplies, equipment, and other essential items.

"The reality is that the situation with British Airways is very fluid. They are planning at present to bring a complete cessation to their global network which is 280 planes and approximately 45 000 employees... the very important issues of being able to freight into this country medical supplies, food, and other supplies  are necessary to make sure we can tide the country during this very difficult period."

Canadian carrier WestJet ceased operations worldwide on March 21 and Air Canada's global operations will come to a halt from March 31. The Air Canada Barbados to Montreal flight was suspended from March 21.
Government is also undertaking discussions with  Air Canada to host a once or twice weekly flight from Toronto to Barbados to ensure the island maintains connectivity to that market.

Regionally, Caribbean airliners Copa suspended its service from March 20 and Air Antilles will suspend its operations indefinitely from March 23. The Board of Management at LIAT has determined to reduce the number of flights and revise the schedules.  Symmonds said he hoped that the carrier's shareholding governments would abide by the decision.

"There have been indications overnight of sister CARICOM states making decisions with respect to their own borders and the situation is very fluid. As Minister of Transport, it is my hope that shareholder governments be as faithful as possible to the determination made by the board that reduced and revised schedules should, if possible, be maintained and that is because we anticipate the need for various forms of assistance to be offered from Barbados to the rest of the Caribbean region," Symmonds said.

The Minister of International Transport also expressed his gratitude to the air carriers who have met Government "half-way" in discussions to ensure the island is not isolated from the international community during this turbulent time.

"There is really no way of Barbados provisioning itself. We have no airline of our own to continue to do the kind of transatlantic carrying we would have to do and everything else becomes a question of trying to get in the crowd which is all lining up to get chartered flights in order to make sure they can provision their countries and get their people going to the extent that it is necessary to import commodities."

COVID-19: Barbados has a National Day of Prayer with virtual church

COVID-19: With person-to-person transmissions, Barbados is at Stage 2