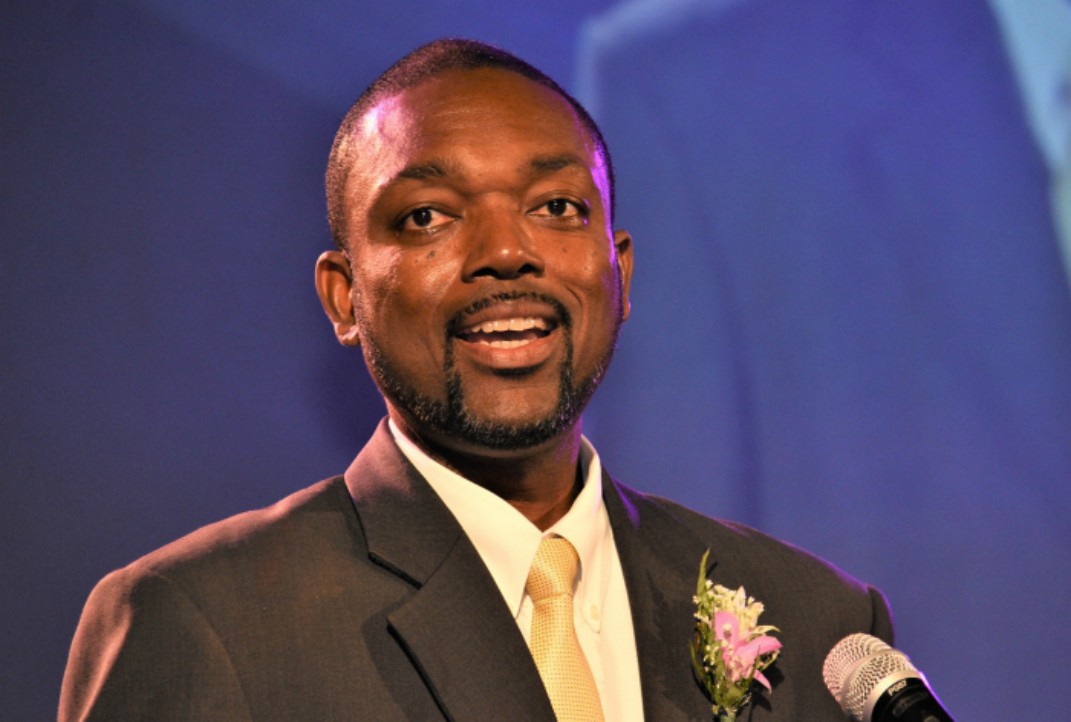 Employers and Employees have a role to play in eliminating sexual harassment in the workplace.

This is according to Minister of Labour and Social Partnership Relations, Colin Jordan. He expressed this view as he addressed The Caribbean Training and Research Group workshop on Barbados Employment Sexual Harassment (Prevention) Act 2017 at the Accra Beach Hotel and Spa on Friday.

He said before the legislation came into force in mid-December last year, the topic of sexual harassment in the workplace - and beyond the workplace - appeared to have been perpetually in the news.

The minister lauded the intervention by the Caribbean Training and Research Group (CARI-TaRG) for undertaking workshops and training in this area. This workshop was the third of a three-part ‘Certified Workshop Programme’ held in Barbados and follows a similar series that was held in June 2017. The other two training events addressed issues related to Preventing a Toxic Workplace and Trust Leadership/Mediation in the Workplace.

Jordan said that the ministry that he leads has also been active in its programme of public education, training and sensitization in this area.

“The Employment Sexual Harassment (Prevention) Act applies to all workplaces in all sectors and is the latest addition to a long list of labour statutes which support decent work in decent workplaces.  Its introduction has signalled the start of a new chapter in the practice and administration of labour-management relations in Barbados,” he explained.

In digressing he said that during the period of the passage of this legislation through Parliament, some persons' commented that the legislation may have been “rushed”:

“Let me say that the subject of adequate legislation for the protection of persons from sexual harassment at work was considered by a previous Barbados Labour Party administration from 1998. What occurred in the interim was a process of in-depth and lengthy consultations among the social partners, key governmental agencies and civil society that served to influence the content of the Act in such a way as to ensure its appropriateness to the local setting and culture."

The Act he noted, compels each employer to develop a tailored workplace policy and that the workplace is free of sexual harassment. It also forces employees to understand and practice those established policies and procedures in order to avoid the likelihood of engaging in any conduct that may lead to the possibility of a claim being made:

“There is also a requirement that adequate provision be made by employers for the lodging and investigation of each complaint, as well as for the application of remedies where it may be determined, after due process, that such sanctions are appropriate."

While he did not reveal any statistics concerning the incidence of workplace sexual harassment under the 2017 Act, the minister stated that they are aware that employees of both the private and public sectors have on occasion, prior to the commencement of the Act, voiced concerns regarding the offensive conduct of a sexual nature while at work.  Some employers he disclosed, have found it necessary to develop and introduce their own prevention of sexual harassment policies before being mandated by the new Act; while others have still sought guidance from the Labour Department on the means of handling alleged occurrences in their respective workplaces.

This he believes is a demonstration of their commitment to their workers, and recognition of their responsibilities to the provision of safe and comfortable workplaces.