Shameful! Mottley committed to cleaning up the stench 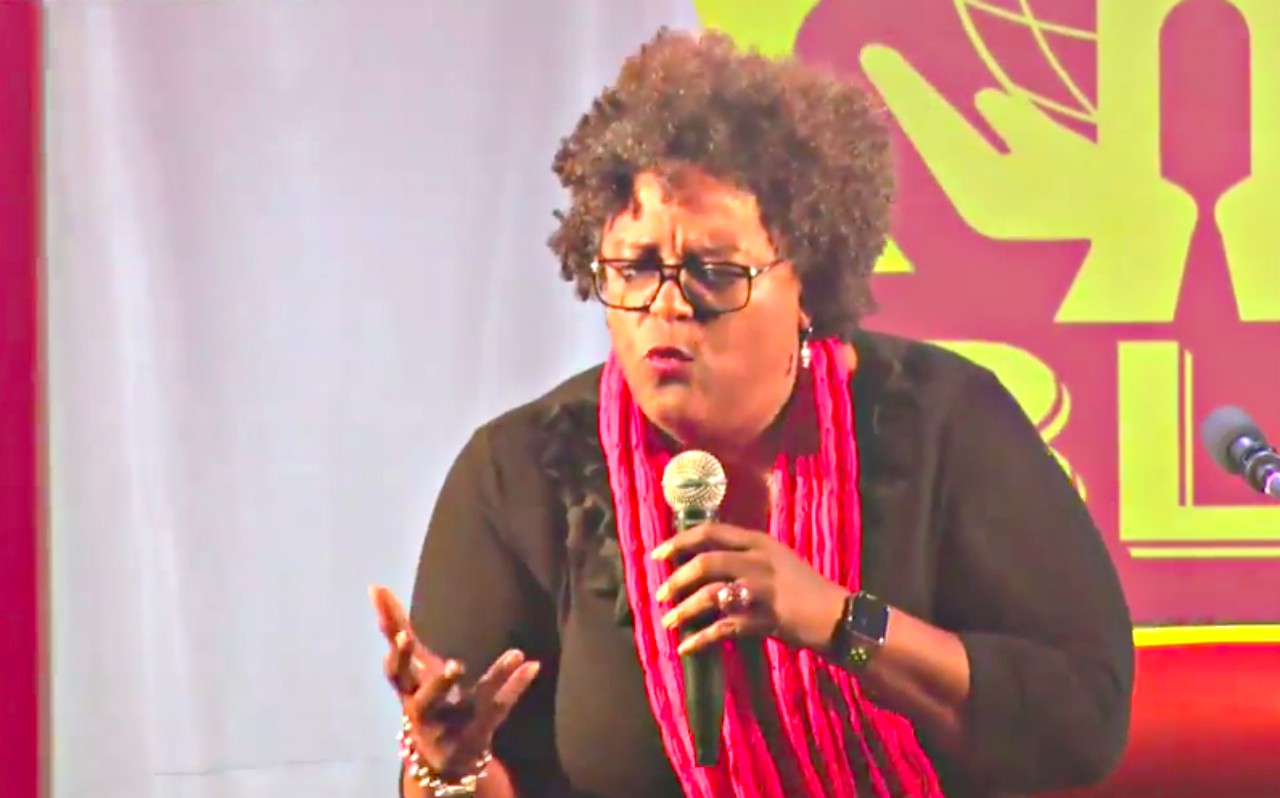 An editorial in London’s The Telegraph newspaper painted a smelly picture of Barbados, which has left members of the Barbados Labour Party (BLP) holding their heads in shame.

First, the Candidate for St. James Central, Kerrie Symmonds brought the issue to light and the Leader of the Opposition, Mia Mottley added her outcry.

Last night at Four Roads, St. John, after presenting the BLP’s Candidate for the constituency - Charles Griffith, Mottley followed Symmond’s lead saying that the British people woke up to a commentary on Barbados in The Telegraph newspaper yesterday, “that was so sad, we feel shame.”

The article written by Julia Bradshaw, a Business News Editor at The Telegraph, was entitled, ‘The stench of economic decay is overwhelming Barbados’.

To the audience gathered, she lamented,

“Do you understand what the motto of Barbados is? Pride, and Industry! We are a proud people.”

Upset, Mottley said that “The Democratic Labour Party (DLP) of 2018, has devalued and diminished us, and downgraded us as a country to the point where everyone who read that article today [Thursday, March 15, 2018], shook their head in shame and said, ‘Lord have mercy on our people. Lord have mercy on our country.’”

But she believes that better can be done and she said that it is their plan to do better.

Accusing the Prime Minister of "loitering" instead of ringing the bell and calling the 2018 General Elections, she said:

Last night, the Former Attorney General and BLP Candidate for St. Joseph Dale Marshall accused the DLP of leaking the final draft of the BLP’s manifesto.