Sharon sings her praise to God for surviving breast cancer 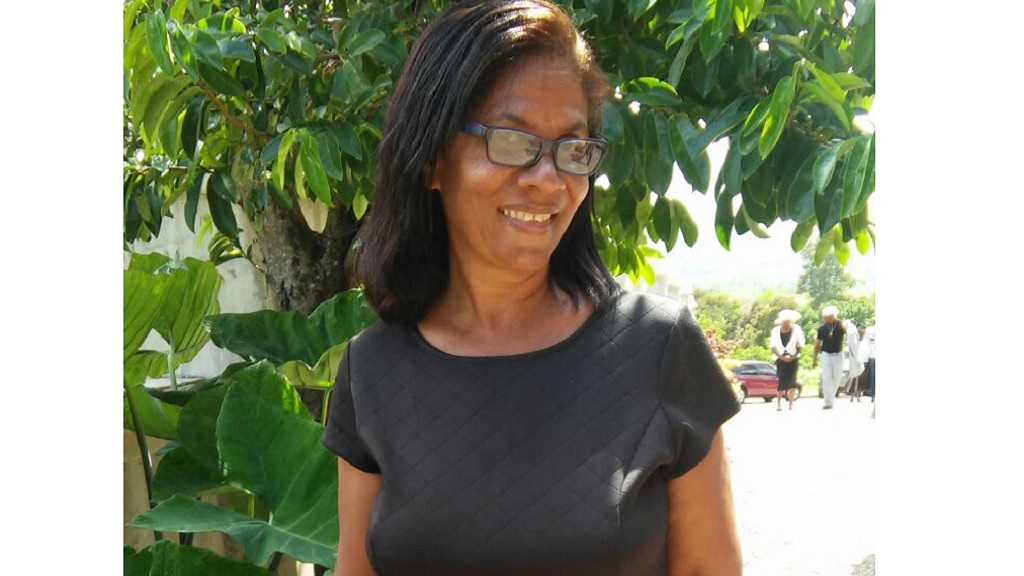 “Sing to the Lord a new song, his praise from the ends of the earth, you who go down to the sea, and all that is in it, you islands, and all who live in them” (Isaiah 42:10).

When Sharon Lindo-Tulloch sings in church in Jamaica on Sundays, her voice soars to the rafters of the building. Amplified by the Spirit, her voice caroms off the ceiling, reverberating off the walls as she leads the choir and congregation in a tidal wave of joy as she stays true to the edict in Psalms 105  "to sing to Him, sing praise to Him, and tell all of His wonderful acts".

Lindo-Tulloch has much to be grateful for. She has been cancer-free for 24 years after surviving an aggressive strain of breast cancer, and she knows that each day brings the promise of new blessings.

"I told Him that if I survived, I would sing like an archangel for Him," she told Loop News reporter Claude Mills.

Fast forward 24 years, and Lindo-Tulloch has been cancer-free since 1995. She is now 59, and the praise and choir director at the Church of God of Prophecy in May Pen, Clarendon.

She first discovered she had a lump on December 28, 1994 while on a casual walk to visit her mother.

"I always walked and touched my breast ... and I felt a lump, and contacted a church sister who is a nurse who told me to see a doctor," she said. 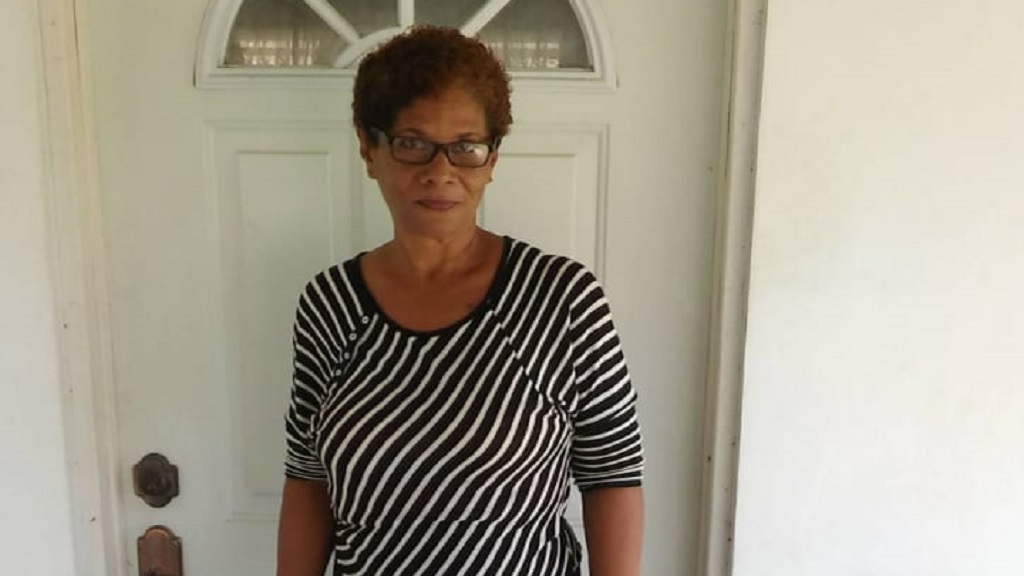 Lindo-Tulloch... Every time I went to chemo, I would throw up for one solid week.

The oncologist confirmed her worst fears; it was stage one breast cancer. Luckily, she had found the mass early and sought treatment. She did a lumpectomy on January 6, 1995. Two weeks later, she did a mastectomy on January 22, removing her right breast with the malignant tumour.

"I was so scared. I was 35 years old with two young girls, the first had just started Glenmuir and the other was in grade one at primary school. I made the Lord a promise, if you let me live, and see my children come through the worst and get to see my grandchildren, I told Him I would sing like an archangel for Him...and God has been so good to me," she said.

A mastectomy is surgery to remove all breast tissue from a breast as a way to treat or prevent breast cancer. For those with early-stage breast cancer, a mastectomy may be one treatment option. Breast-conserving surgery (lumpectomy), in which only the tumor is removed from the breast, may be another option.

After the operation, she became more conscientious about her diet,eating more fruits and vegetables, but she had to undergo six months of stomach churning, curled-up-on-floor-huddled-close-to-the-toilet-vomiting post-chemotherapy sessions.

"It was rough, at one point, my mother said to me, 'every time yu go treatment, yu come home sick, don't tek anymore', but I continued. My doctor told me that the cancer I had was unusual for my age as only two elderly ladies in the country had my kind of cancer, so I continued," she said.

She said the chemotherapy could have been more invasive, so she gives thanks for the small mercies.

"Every time I went to chemo, I would throw up for one solid week. I didn't do radiation and I didn't get the red liquid, the kind where yu take one dose and all yu hair fall out, but my treatment only thinned my hair, no one really noticed it but me," she said. 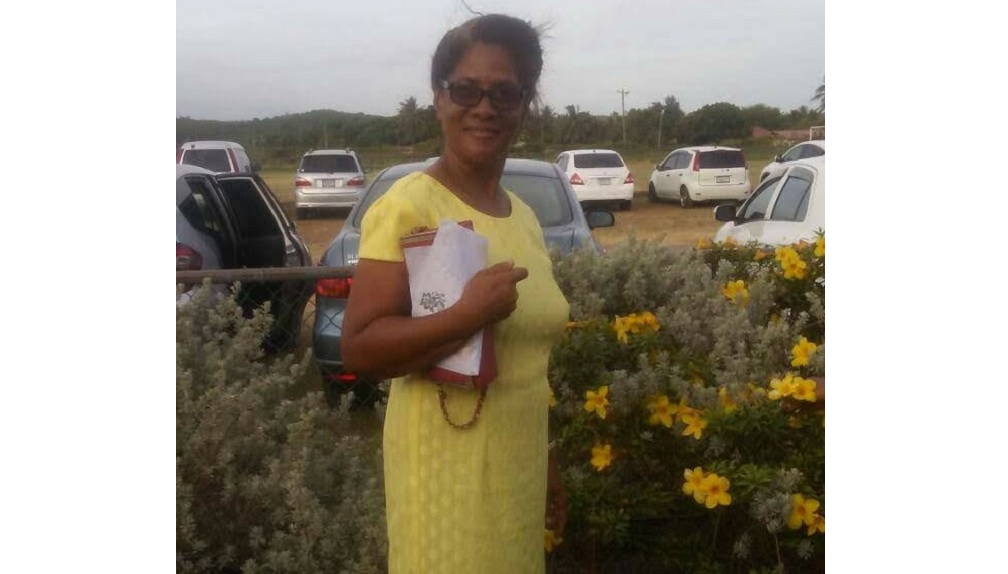 Sharon first discovered she had a lump on December 28, 1994.

Sharon has walked a minefield of inappropriate comments and off-colour jokes over the years, but she has endured it with a sangfroid and grace that underlines her faith in the Almighty.

"I remember one time a gentleman came to visit and he saw how I looked and said 'but yu soon dead man?'. Jamaicans can be so cruel sometimes, I just put up a positive front and tune out the negative things," she said.

She revealed that her husband was very supportive during her early challenging years when she lost her right breast in the mastectomy, and has remained a rock, and a true source of strength, throughout their 36 year marriage.

"I couldn't have asked for better support from my husband. I had heard stories from ladies older than me about what happened to their relationships after the cancer diagnosis. One lady told me that her man left her with a young baby, so I have to give thanks that my husband was so supportive, giving me encouragement, expensive herbal treatments, whatever I needed, I have to give him high praise because some men just cannot manage it," she said.

In 1995, the cost of medication was prohibitively high, setting her family back $500 each time to procure it. She got assistance from friends in the medical profession. Her church friends, her immediate family and in-laws also rallied to her aid, but there were several dark days when a rain of frightened tears would descend in rivulets down her face.

"I put up a strong face but there were many days when I would just burst into tears in Dr Jones' office in May Pen. Dr Jones would tell me scriptures and encourage me, and say sing yourself out of whatever you are facing and he would hug me and talk me through it. I am just grateful for all the support and that is why I mentor and counsel other cancer patients," she said.

Still, she lives with a Damocles sword over her head, with the gnawing fear that the big C might return like a ghost to haunt her days once again. Every year, she does blood tests and mammograms at the Jamaica Cancer Society to ensure that the cancer has not returned in a more aggressive form.

"God is good. I have seen my grandson born, he is one now, and I am looking for more grandchildren and to see my daughters married. During the years, I never questioned God, a lot of those I have counseled have died and left me here but when I cry, I cry happy tears because I see that God is good," she said.

'I fought breast cancer to survive for my two children'

Five things women under 40 should know about Breast Cancer