SHE focusing on queer women, transgender people for 2020 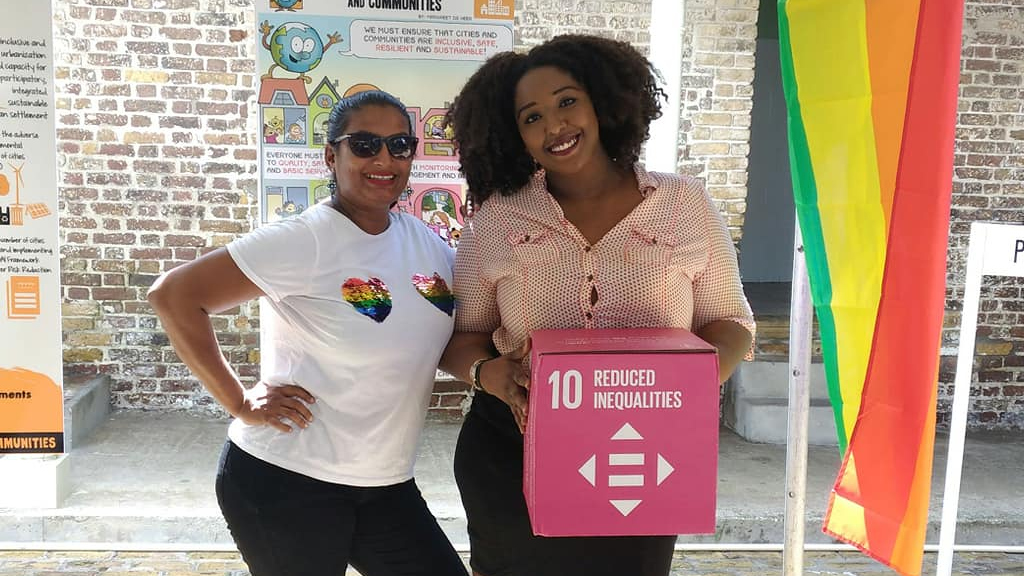 Founder of SHE, Roann Mohammed (right).

Founder of the Sexuality Health and Empowerment group (SHE Barbados), Ro-Ann Mohammed, has told Loop she believes 2020 will be a good year as they work to "carve out safe spaces" for queer women and transgender people in Barbados and the region.

SHE is a community-building platform which focuses on the inter-sectional marginalization of lesbian, bisexual, queer women and transgender people in Barbados. The organization was formed after a counter-protest by a local evangelical group, attempting to reclaim the rainbow symbol used to represent LGBT people.

Mohammed said the majority of the people present at the counter-protest were queer women and this underscored the sentiment for her that queer women and transgender people are always at the front lines of the LGBT+ activism both regionally and globally.

Related article :Barbados ranked as one of the worst countries for LGBT travelers

Started as an online platform at the end of 2017, the organization has become heavily involved in mobilization work and community engagement in the region.

Focusing previously on sexual reproductive health and rights in previous campaigns, the organization plans this year to launch safe spaces and communal spaces for queer women and transgender people, as these spaces do not traditionally exist in Barbados, Mohammed explained.

An area of concern for SHE is the lack of visibility, general movement, and the way resources are allocated to these marginalized groups. An example is within the area of HIV/AIDS where, Mohammed noted, resource allocation is primarily focused on cis gendered men having sex with men. Mohammed said while she sees this as of the utmost importance, it becomes reductive as it does not look at others within the LGBT community that face very real discrimination, marginalization, and oppression based on their identities.

Mohammed also spoke to the lack of data and research that is available on the populations of queer women and trans people in the region and this is one of the primary focuses of SHE at present.

One of the major projects SHE is excited about this year is a regional needs-assessment and research project of LGBTQ women and transgender men being conducted in eight countries: Barbados, Belize, Jamaica, Suriname, Haiti, Guyana Trinidad & Tobago and St. Lucia with SHE spearheading the research for Barbados.

SHE is seeking to get responses from queer women and transgender men with a strong focus on services that directly affect the lives of these two groups.

"Some of the particular issues that we are recognizing that these communities face are particular to accessing health care services like when it comes to accessing sexual and reproductive health and rights.

These issues tend to be ignored and this is why our communities are disproportionately affected by certain SRHR illnesses and conditions that are preventable. Also the high prevalence of violence, like punishing rape against people like queer women particularly that are not gender non-conforming and domestic violence in relationships between women."

As the first major platform dedicated to queer women and transgender people in Barbados, SHE is pushing ahead to do the work they believe is essential to make life better for people who may not have the best quality of lives in these communities.

Activist responds to story about Bajan lesbians who fled to Canada