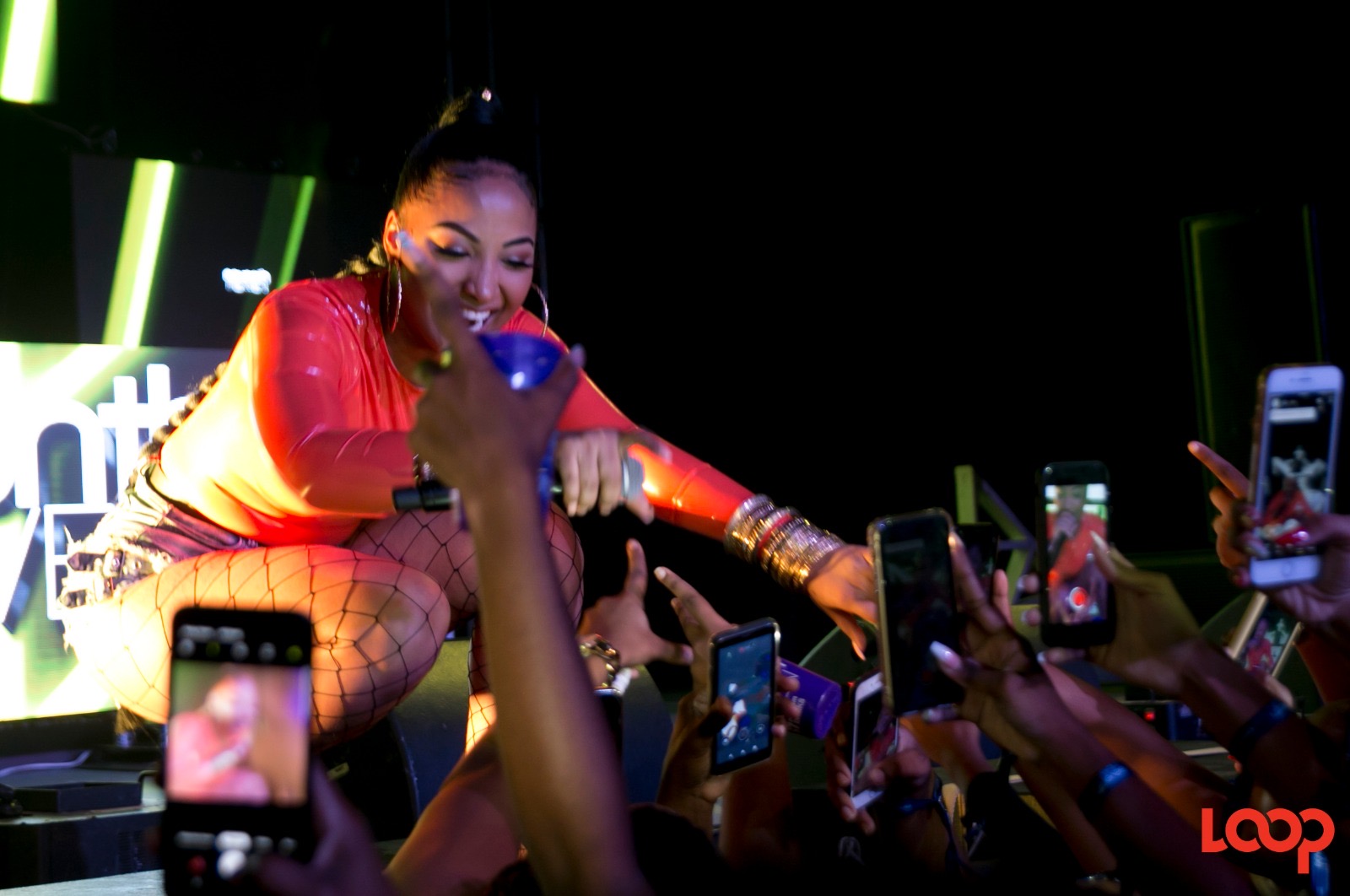 The organizers took a bold step which paid off as their theme this year was around the concept of empowering women. The show comprised some of region’s finest female entertainers.

Headlining the show was Jamaican reggae sensation Shenseea along with Trinidad and Tobago duo DJ Charlotte and DJ Duchess.

However, some males helped support the main cast members including Patrick the Hypeman, who was in his usual inspirational form, as he kept the crowd engaged during his partnership with deejays Rocfresh, Level Vibes and the South Seven deejays.

Women were dominant on and off the stage as there was a significant number of females in all shapes and forms who turned out for “their night” and expressed themselves to the maximum throughout the night.

A loud roar and varying screams greeted Shenseea to the stage and if her distinct, powerful and commanding Jamaican accent did not capture you, her appearance certainly did.

Clad in an orange body-fitting top and a short denim shorts, Shenseea’s presence drew everyone closer to the stage and she did not disappoint in her performance.

Singing a number of her 2018 and 2019 hits like: “Tie me up”, “Secret”, “Blessed” and the ladies’ favourite “Trending Gyal”, Shenseea consistently encouraged the females in the crowd to be independent, loyal and ambitious but also to be supportive of their partner.

Kudos to the Limerz Cruise team, who now look forward to matching the standard set at Seventh Heaven, when they host their New Year’s Breakfast cooler party First Light at Rockfield, St Lucy for a second time.