Twenty-one year old, Tavon Kaiseen Alleyne paid a visit to his girlfriend’s house on Boxing Day, where he was gunned down right on her front step - a victim of a neighbourhood feud he was not involved in.

When Loop News visited the scene of the incident in Lakes Close, Eden Lodge, St. Michael, Tavon’s blood stained the front yard of his girlfriend’s family home. The mother of the 18-year-old girlfriend, spoke under anonymity, where she said she believed Tavon was targeted wrongfully in the ongoing feud, not because of who he is but merely for having a relationship with those who lived at the house.

She explained that a young man she played a hand in raising, who is now on remand at HMP Dodds for a gun possession charge, used to be friends with others from the neighbourhood. She said they were “friends who became enemies” and as a result, anyone who resided in or visited her home became a target.

Recounting the incident which occurred around 7:00 pm on Tuesday night, she said she was standing by the front window of the home when Tavon was preparing to leave. She saw someone emerge from the space between her home and her neighbour’s and fired multiple shots at Tavon.

He was transported to the Queen Elizabeth Hospital (QEH) by a relative where he later succumbed to his injuries. His older sister, Tanella Alleyne also spoke to Loop News from their Eden Lodge home, just around the corner from where her brother was gunned down. 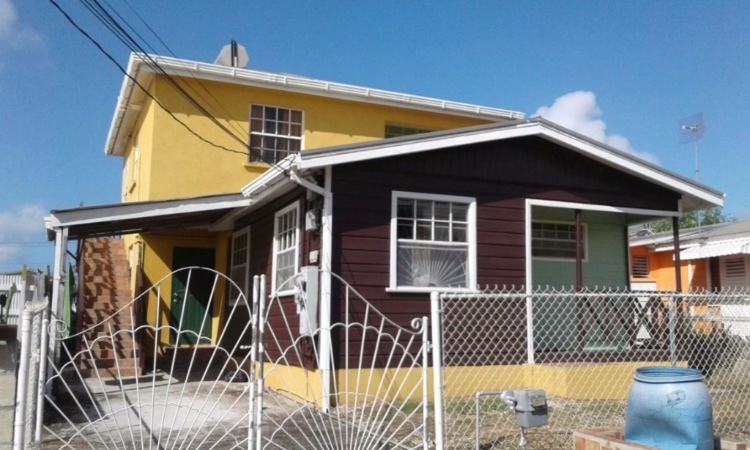 Alleyne said she, Tavon and their younger brother had just recently moved to Eden Lodge, adding she was excited as this was their first Christmas together as a family. She said Tavon had done most of the Christmas decorating and the two had attended their cousin’s, Rory Fenty, cruise on Boxing Day morning.

She said the two had a special bond since the passing of their mother when Alleyne was only seven years old, noting their father was not always around when they were growing up.

“He always thought that he had to be that man. He always felt that he was the father and I was the mother. He never really feel loved, none of us really felt that love coming up.”

Alleyne said her brother spent his last day partying and visiting friends. She said she was not aware of any bad blood between her brother and those in the Eden Lodge community.

“People does get in things all the time but he ain’t nobody that would trouble you or when he see you he would do you something. He ain’t known to Eden Lodge or anybody in Eden Lodge. He used to walk about here freely.”

One resident told Loop News although Eden Lodge is believed to be a hot spot for gun violence, the Lakes Close area is “always quiet”. He explained he was awoken by the sound of “rapid” gunfire and was shocked to learn that Tavon had been on the receiving end.