Show of trade union strength at May Day Rally 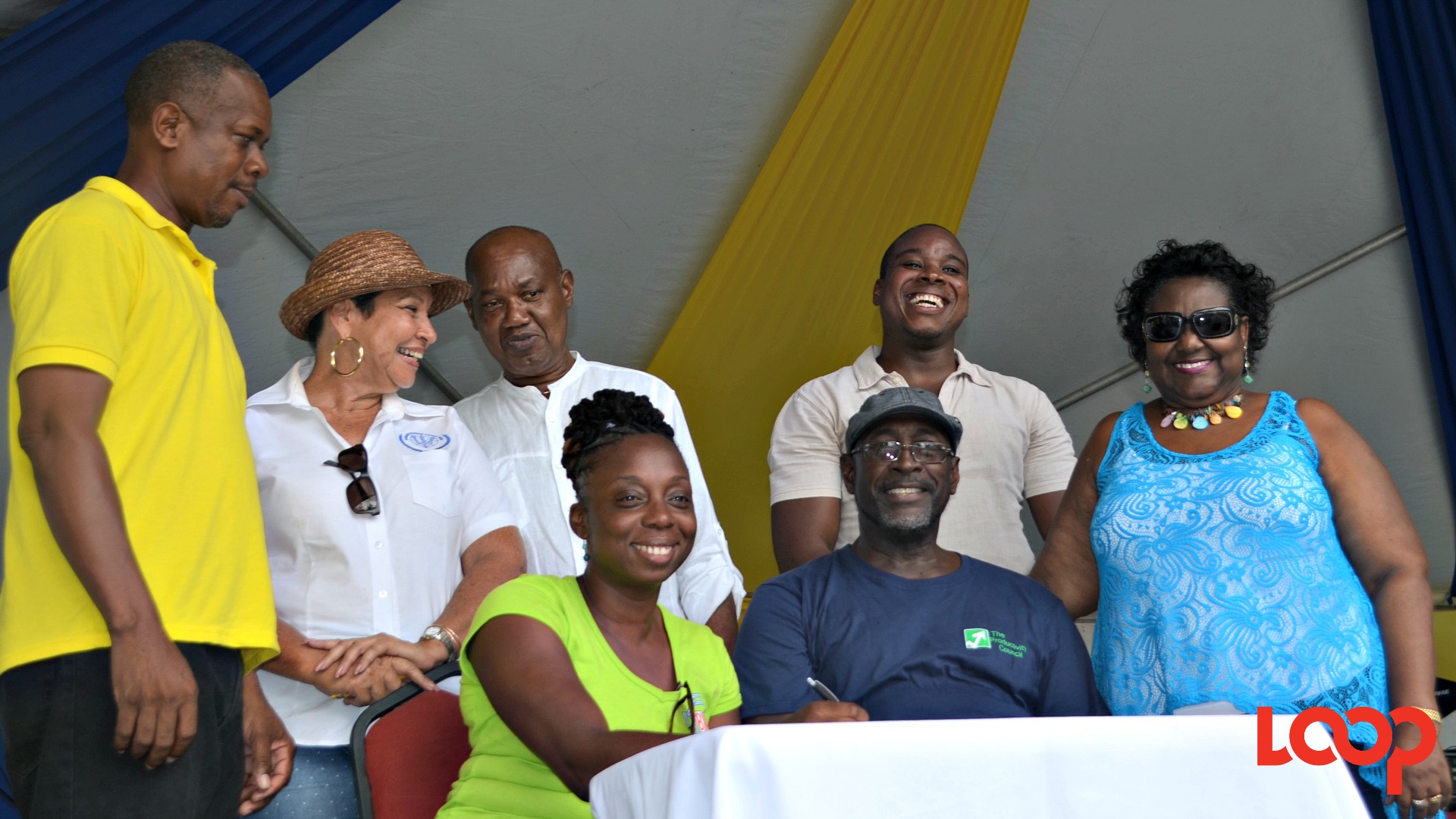 Trade union leaders at the 2017 May Day Rally.

The Barbados Workers Union (BWU) is pleased with the number of workers who turned out for the annual May Day March which began at The Garrison Savannah and ended in a rally at Brownes Beach.

According to BWU Senior Assistant General Secretary, Orlando ‘Gabby’ Scott, it is a sign that workers are understanding more and more what the day stands for and how important it is to rally together.

Scott, who was the MC for the official rally which began shortly after 2 p.m., said this year’s theme “A Productive People, A Productive Nation”, was timely and significant.

He said too often the Labour Movement is criticised unfairly, although the movement is one of the groups that started the Productivity Council.

“We are going to show all Barbadians that the Trade Union Movement in Barbados is together and that we are going to work with the public and private sectors to drive productivity. Because if you do not do that, we can’t extricate Barbados from the difficulty that it is currently in.”

Addressing those present was Executive Director of The Productivity Council, George Pilgrim, who said while there is a constant and ongoing discussion about productivity, it is time for solid action.

“Where our conversations pertaining to productivity improvement strategy have led us to engage with a myriad of stakeholders from every sector I have to say that the next step to really sing our goals has in large measure to start with an individual conversation with oneself,” he said.

He said when May Day 2018 comes, it would be good to say with conviction that “we have moved from talking about productivity to doing something about it and that we will begin reaping the dividends from having taken such action.”