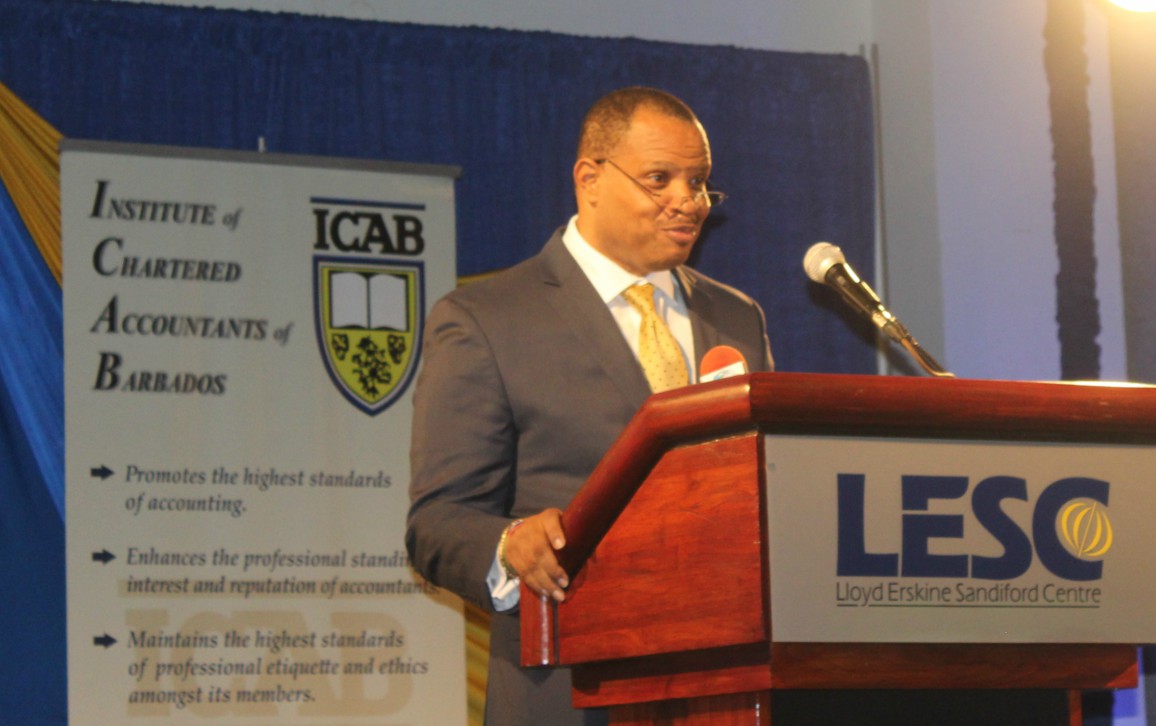 That is the phrase being used by Minister of Finance, Chris Sinckler, to describe recent trends in local news reporting.

Speaking at the Annual General Meeting (AGM) of the Institute of Chartered Accountants of Barbados (ICAB) this morning, Sinckler heavily criticised local media houses for giving an ear to certain economic commentators and accused the two groups of attempting to undermine confidence in the Barbadian economy.

“We now exist in an environment where it has become widely popular in most spaces that accommodate public expression and attract the new class of chatterati for opinion - most of it uniquely uninformed - to be spewed all around with the granular wish that it lands on the right ears and perhaps brings attention to its source.

"Nary is a thought given to the negative implications of such commentary - far less the insidious contamination which it proffers to potentially infect the level of confidence which the average Barbadian and the not average foreign investor might have in our beloved country.”

Public confidence in the Central Bank of Barbados (CBB) and the National Insurance Scheme (NIS) in particular, Sinckler noted, should not be questioned. Sinckler referenced a recent e-newspaper article which included commentary from the president of a leading private sector association which called on Government to be transparent about the island’s fiscal deficit situation. Sinckler said there was no reason to speculate that Government was presenting unsupported figures.

“I can only conclude that irresponsible people are intent on casting aspersions on public officers at the Barbados Revenue Authority (BRA), the Ministry of Finance and the Central Bank of Barbados who are responsible for preparing these figures and for sure by extension further undermine confidence in the Barbados economy. I think they feel that they are undermining the government or perhaps even me but the real loser is Barbados.”

He said the $115 million reduction in the fiscal deficit, revealed in the last CBB Economic Review, is a clear statement of what is really happening.

Sinckler also denied suggestions that Government was mismanaging the NIS fund which is now owed roughly $650 million by both public and private sector entities. He said significant headway has been made in auditing the NIS accounts and he supported Government borrowing from the fund, since, according to him, it was better for Government to invest the funds than place it in a bank where it would accumulate “near zero” interest.

Sinckler ended his tongue-lashing by saying those with privilege must make an attempt “to be far more responsible in commentary”.