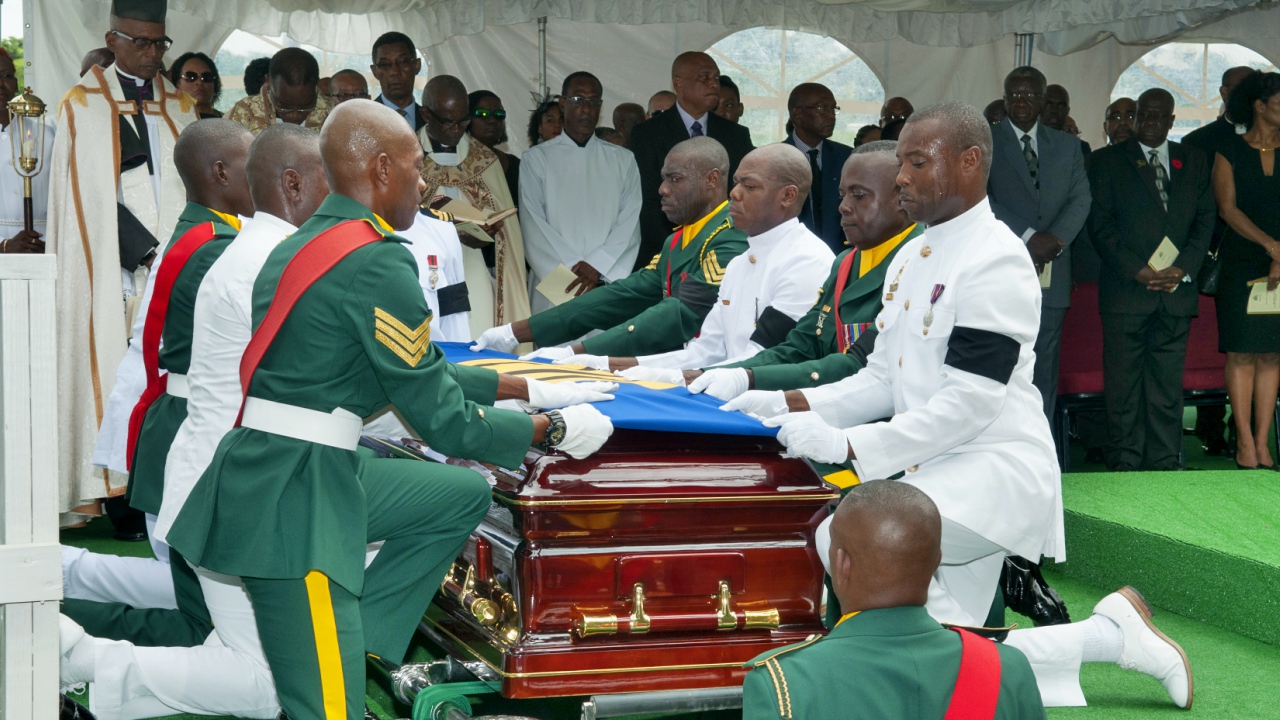 Officers fold the Barbados flag over the casket of the late Sir Clifford Husbands. (PHOTO: BGIS)

The procession left Lyndhurst Funeral Home in Bank Hall, St Michael after 8 a.m. and travelled through Warrens, along the ABC Highway, to Mile and a Quarter before ending at the church. 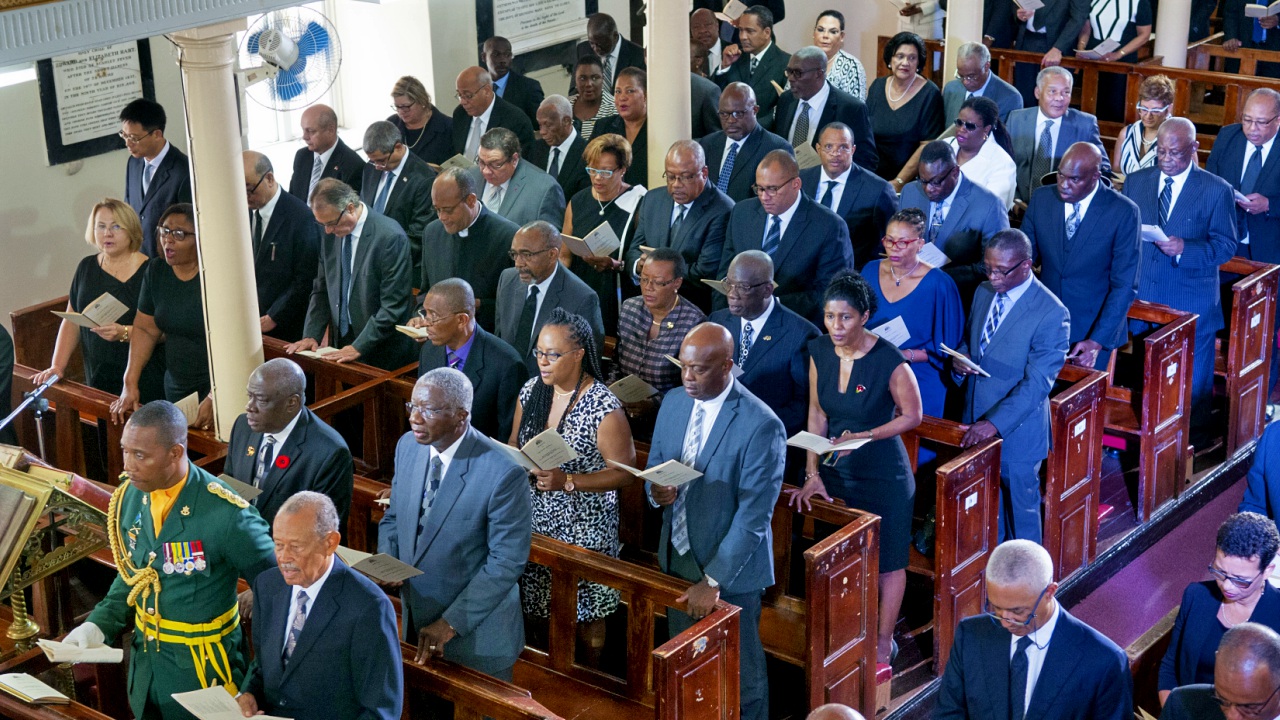 Officials from the legislature, the judiciary and the diplomatic corps during the funeral service. (PHOTO: BGIS) 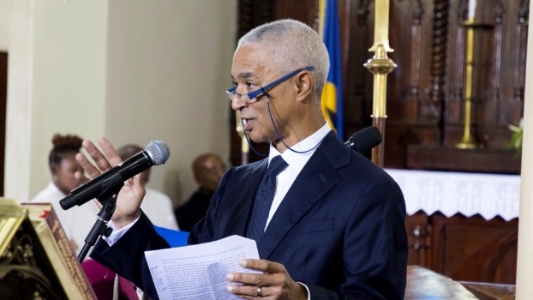 Attorney-at-law Brian Clarke, QC, read the eulogy on behalf of the Husbands family.

Attorney-at-law Brian Clarke read a moving eulogy on behalf of the Husbands family, in which the former Director of Public Prosecutions and Supreme Court Judge was described as one who was a lover of music, agriculture and extremely fond of his two granddaughters.

Sir Clifford was remembered as having a great community spirit and was always willing to assist young ones in achieving success with a number of agricultural projects. He was oftentimes overly protective but showed his “witty” side with his family, especially his granddaughters.

He said the death of Sir Clifford’s wife back in 2009 closed the chapter on a marriage which lasted over 50 years and showed Sir Clifford “at his most vulnerable” as he took the vows quite seriously.

The sermon was delivered by Reverend Canon Noel Burke who noted the former Governor General lived a life marked by service highlighted by his choice to be a teacher when he first started his career and then moved onto the civil service and then into the judiciary. In reading from the Bible verse in 2 Timothy 4:17, Reverend Burke said Sir Clifford fought the good fight and achieved much during his 91 years.

At the burial ground, members of Sir Clifford’s family, Freundel Stuart and the Sir Marston Gibson lay wreaths, which was followed by a three-gun salute and presentation of the flag to his son. 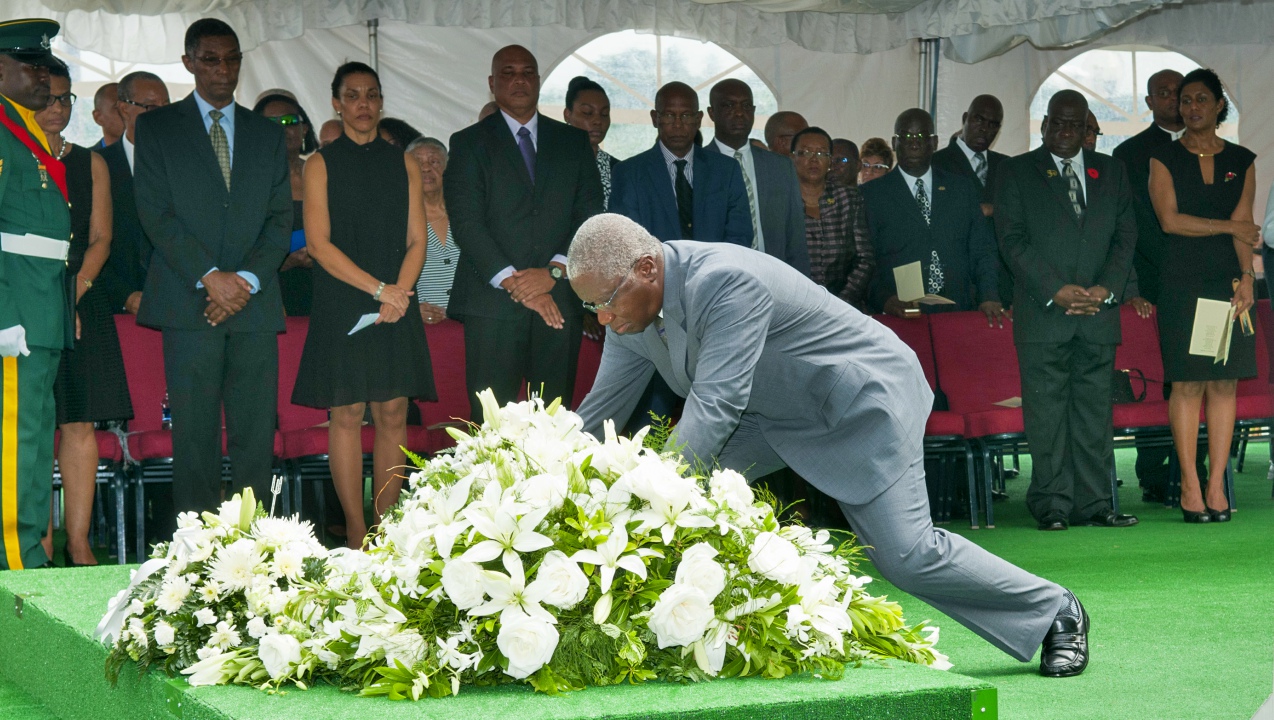