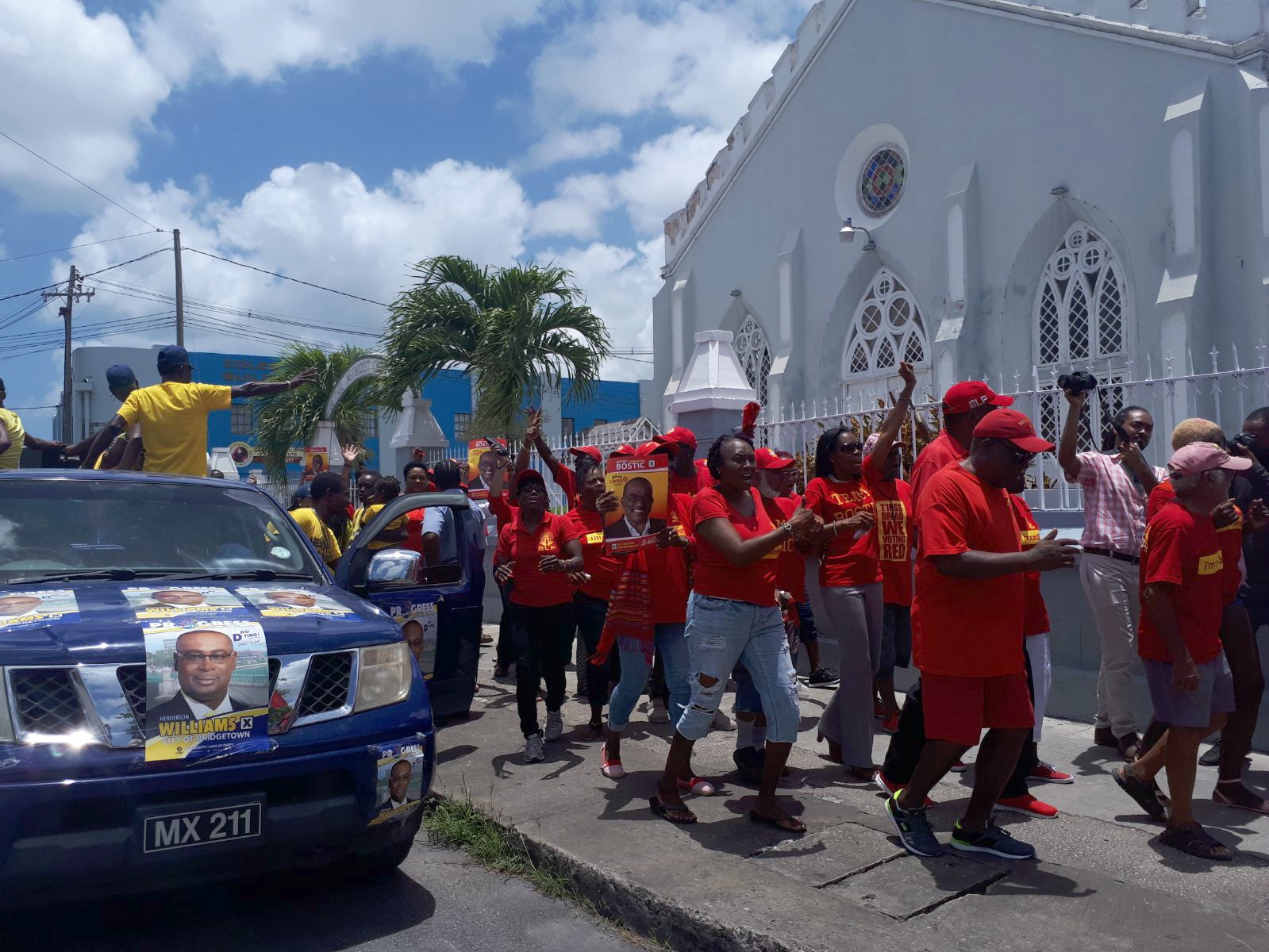 Speakers blazing election jingles, party supporters cheering and placards bearing photographs of the constituency hopefuls was the order of the day for the City of Bridgetown on Nomination Day.

With an unprecedented six candidates contesting the seat in the upcoming General Elections, the Bethel Methodist Church was a hive of activity.

The United Progressive Party (UPP) was the first out of the blocks with party leader, Lynette Eastmond arriving after 10 am with a handful of party supporters decked out in orange. Though Eastmond has been thrown a number of political curveballs this election season, with two of the UPP candidates deciding not to go forward with the electoral process, she told reporters the party will be pressing on.

The festive atmosphere increased tremendously when the Democratic Labour Party (DLP) candidate Henderson Williams and the Barbados Labour Party (BLP) candidate, Jeffrey Bostic's appointments overlapped at the nomination center as party supporters tried to out sing and dance each other. 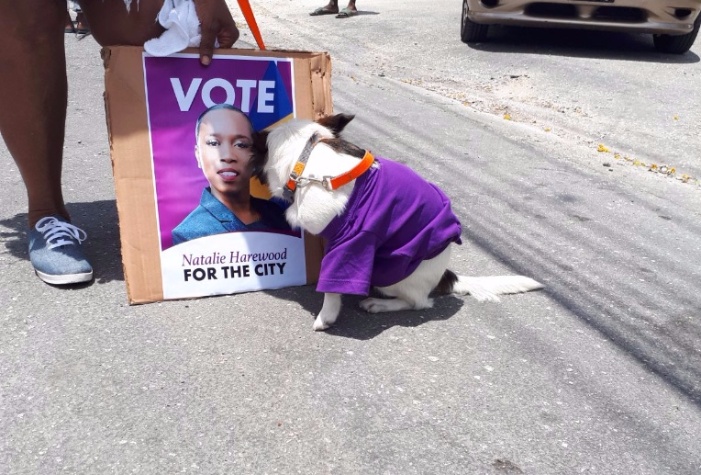 Independent candidate, Natalie Harewood, made her presence known from as far as Nelson Street when her supporters held a street parade coming into the nomination center.

Confidence in victory, come May 24, was expressed by all candidates but none more so than Harewood who said her initial fears about the nomination process were easily overcome when she considered the support the people of The City have thrown behind her.

Williams told reporters he is "well on course" to winning the seat considering the level of support the people have displayed.

Bostic said he was not at all threatened by the number of candidates in the race for the City of Bridgetown seat. He said his focus is on the people and not his competitors, especially who is considered to be his closest rival, Williams.

Solutions Barbados (SB) candidate, Fallon Best, almost missed the chance to contest the election as his witnesses missed the 2pm appointment time. He was able to secure them just before the closing time of the center. 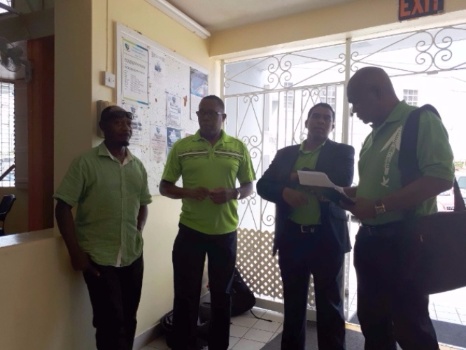 Best has dubbed himself the "dark horse" of the City race. He said unlike his opponents, he is not into the dirty politics of name-calling or the blame game. He said SB has solid economic policies for the development of The City and its people.

Well after the official closing time for nomination center, one candidate from The Progressive Conservative Party (PCP) of Barbados, Rodney Nurse, was finalizing his nomination process.