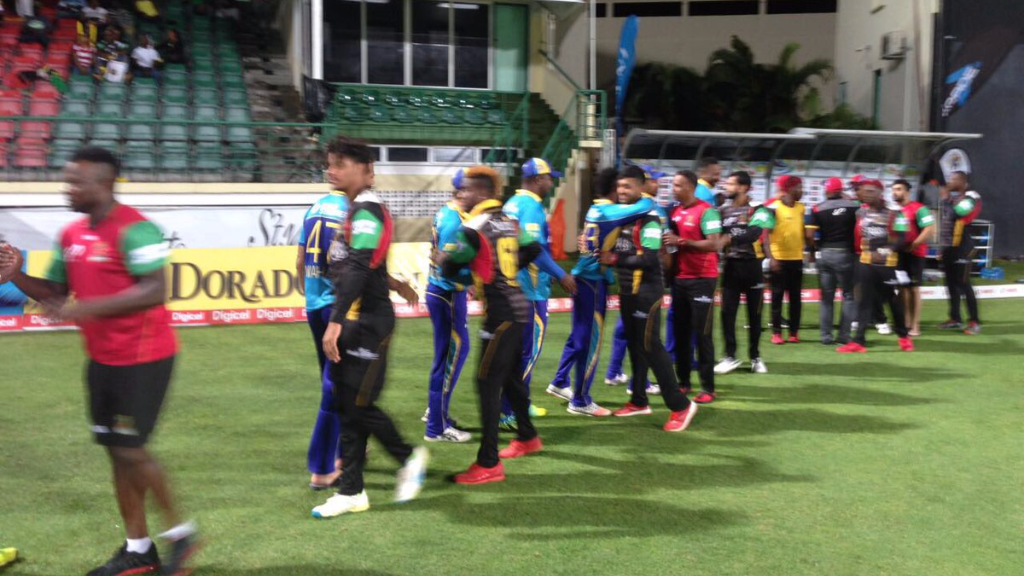 Barbados Tridents skipper Kieron Pollard hit his third half century of the 2017 Caribbean Premier League in a 17-run loss to the St Kitts and Nevis Patriots on Friday night at Warner Park.

He came to the crease at 50/3 after Dwayne Smith fell for a typically belligerent 33 off 16 balls.

Pollard (63 not out) and Nicholas Pooran (20) contributed 57 runs for the 6th wicket, the best partnership of the Barbados Tridents innings.

Samuel Badree was the pick of the Patriots bowlers with 2/27 off his four overs with 15 dot balls.

Patriots lost Evin Lewis (7) off the last ball of the first over bowled by Akeal Hosein, which started with five consecutive wides.

The St Kitts and Nevis Patriots won the contest by 17 runs via the Duckworth Lewis Method.

Pollard was named Man of the Match but he regretted that it was not in a winning cause.

“We need to go back and fix a few areas. Some concerns that the team is not performing. It's a team sport and we need to look deep and hard. Batting and bowling can take care of itself, but our fielding attitude is below-par. I have told them how 'abysmal' it looks on television,” said Pollard.

Victorious skipper Gayle said it was a good start for his team and he was happy with the performance.

“My batting's balance was good tonight, it was something I did at the nets yesterday. A couple more games and I'll be fully fit. Everyone at St Kitts is happy as well, we are second and hopefully we can continue this over the weekend,” said Gayle.