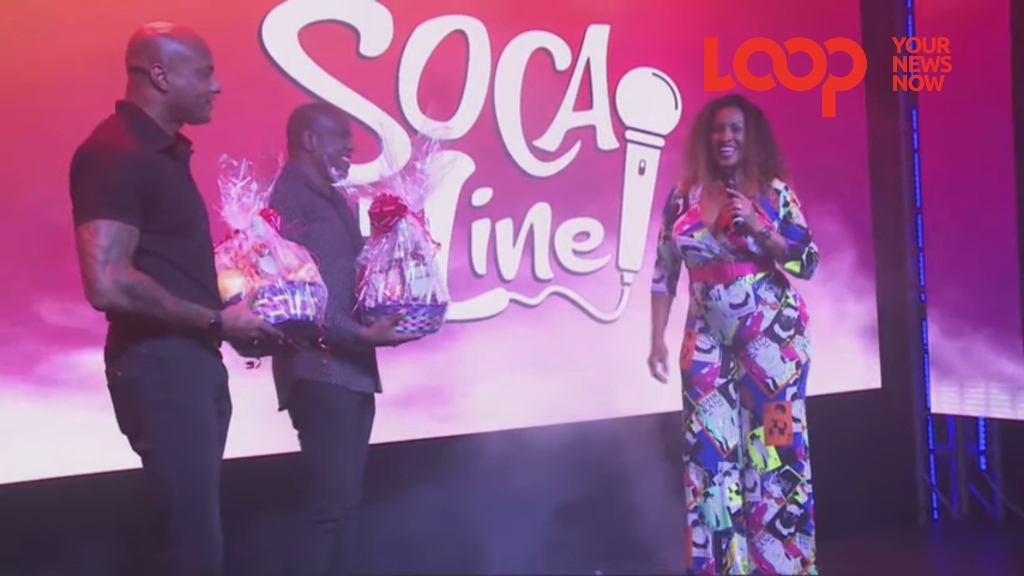 COVID-19 and quarantine are not stopping soca artistes, soca fans nor soca event producers who can step out the box and adjust to the new times.

As we celebrate with the Queen of Soca Alison Hinds today, let's flashback to her most recent performance. In the midst of COVDI-19, the Soca Diva was part of a successful cast which staged Barbados' first-ever online soca show.

It was billed as the first-ever online soca super concert and by the end of the night ‘super’ seemed like a gross understatement. The organisers behind the virtual event delivered what soca-starved fans have been craving in this era of lockdowns and restricted gatherings.

The show opened with a bang with the Soca Queen herself, Alison Hinds. From the opening strains of the ladies’ anthem “Roll It Gal” it was clear the bar was set high. As she gyrated to hits like “Faluma” and “Togetherness” fans flooded the online portals with love and fire emojis to show their approval.

The baton was passed to Edwin “De General” Yearwood and he did not disappoint. His set included “Pump Me Up”, “All Night Long” and “Sak Pase”, among others. De General proved he could command as much attention online as he does live and numbers began to climb across the virtual platforms on which the mega soca show was being streamed.

Peter Ram, Leadpipe & Saddis and Marzville followed and they too succeeded in keeping the vibe alive. The Bajan contingent also included Mole, who served up a healthy serving of bashment and Mikey who did justice to his Soca Monarch title by delivering a mixture of his sweet and power soca selections. Faith also gave a great showing, her movements in her form-fitting black bodysuit were executed as fluidly as her lyrics.

The night’s roster featured some of the biggest regional stars from across several territories. Timeka Marshall flew the flag high for Guyana while Sita D Lyrical Diva and Tara Lynne represented the females well for St Vincent and The Bahamas respectively.

Antiguan Ricardo Drue and St Lucian Teddyson John added a bit a variety to the show, with more mellow renditions of their own hits.

The innovative Zoom room addition was a massive hit. The sold-out online virtual accommodation encouraged viewers of the soca show to unwind within the comfort of their own homes as they enjoyed the authentic Caribbean experience. As the focus panned from window to window those featured kept the energy way up with their soca-fuelled waistline movements and flags in hand. Entire families could be seen soaking up the vibes online.

Show stopper Lil Rick was the proverbial icing on the cake and as he commented jokingly, even online he was slated last. Comments and emojis exploded on to screens as Rick gave his customary energetic showing, even pausing to take a swig of a drink during “All is Rum”. He showed why he can always be trusted to close a show.

Soca on the Line also featured a bevvy of deejays including Big Red the Dj, Dj Jazz, Major Mystic and Daddy Biggz.

When the show drew to a close, numerous fans commented on the high-calibre of both the performances and the production. The innovative minds behind the production also incorporated an afterparty for patrons in the Zoom room who made it clear that the fete lived up to its name.

Soca on the line

Ahead of the soca concert, executive producers Rudy Maloney and Ruel Ward presented Caribbean Soca Queen Alison Hinds with hampers in recognition of Mother’s Day. The show was punctuated by encouraging endorsements by Minister Santia Bradshaw, CEO of the NCF Carol Roberts-Reifer and Minister on the Creative Economy, Culture and Sports John King.

The online fete returned impressive viewership numbers logging over 17,000 views on Facebook, almost 2,000 on Instagram and just over 4,000 on YouTube. It was also viewed on several TV stations across the region, USA and Canada.

Organisers 4D Entertainment, Pyramid Entertainment, TicketLinkz, CMC and Riveting Minds were the masterminds behind the stellar production. They not only dared to think outside-the-box but also established a new benchmark for the quality of Caribbean entertainment in the digital world.