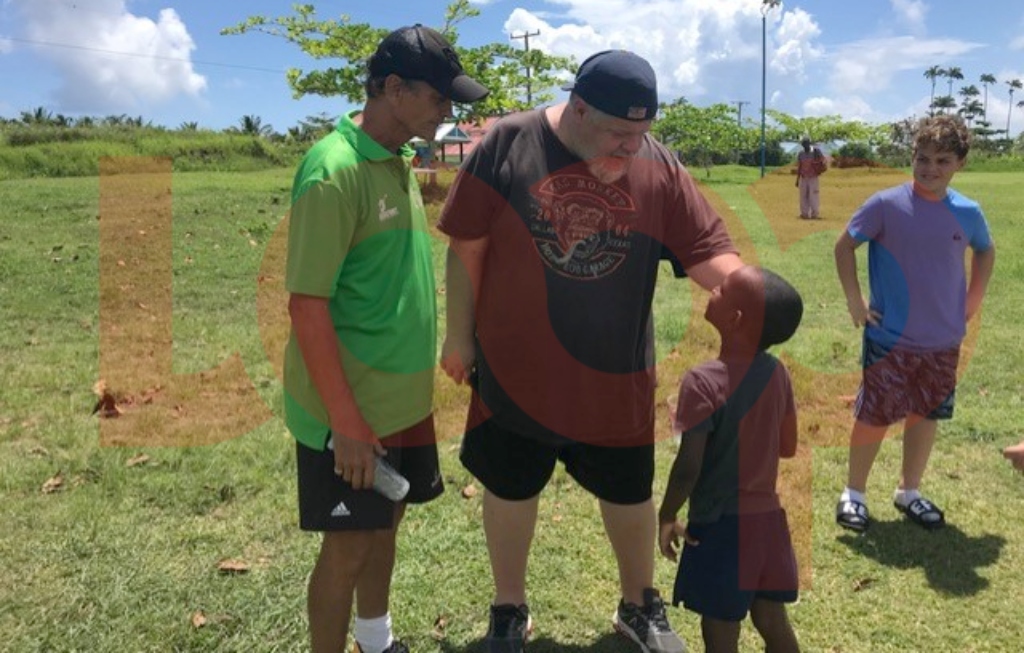 It was Christmas in St. John last Saturday for a number of young men and women.

Last weekend at the Gall Hill playing field members of the community and surrounding areas were the beneficiaries of “gifts” from United States organization Soccer Pass Miami. 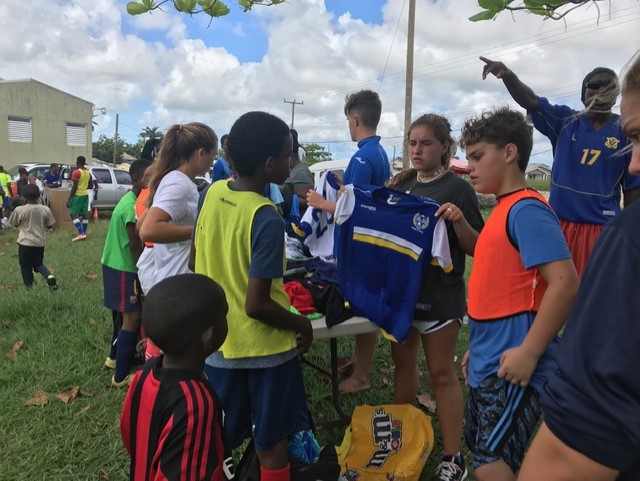 Many of the recipients were speechless but the excitement and glee on their faces said it all as they received football boots, jerseys, shorts and backpacks from Miami Palmetto High School senior Peekay Stoffle and his team.

Stoffle stated he selected this particular district due his family’s 23-year-old relationship with the community; particularly the people of the Bath community.

Approximately 100 pairs of football boots, 145 jerseys, 60 shorts, 10 balls and two backpacks were distributed to those present and Stoffle considered it a simple gesture of gratitude and support for the youth of the island, with football being the vehicle to do such.

"Soccer is a universal language we share with the players of the St. John's parish, that connects us as a soccer family. We felt honoured to meet and play with the St. John players and work with Kick Start Football Club leadership in an effort to share our love of the game on and off the field."

Stoffle said the initiative would not have been possible without the help of others and he expressed thanks to Soccer Locker in Miami, all the soccer clubs and individuals in Miami who donated items, Kick Start Football Club of Barbados and the people of St. John who have always been so good to them.