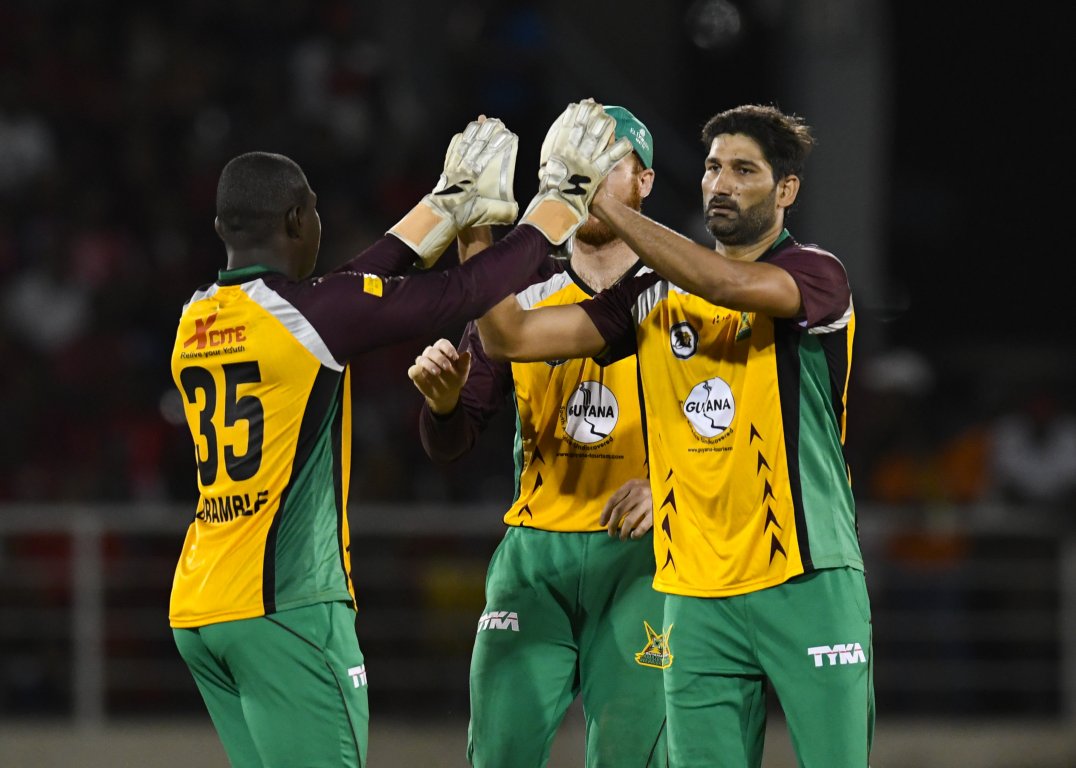 Sohail Tanvir took five wickets as the Guyana Amazon Warriors beat the Barbados Tridents by 99 runs in Match 25 of the Hero Caribbean Premier League on Tuesday night at Bridgetown.

The Pakistani fast bowler took an incredible 5/3 with 22 dot balls in his four-over spell to skittle out the Tridents for 59.

Rashid Khan also chipped in with 3/15 and 14 devastating dot balls in his spell.

The Amazon Warriors had earlier posted a challenging 158/8 with Jason Mohammed top-scoring with 42.

The win puts Guyana Amazon Warriors in 4th place on eight points from nine matches, while the Tridents are on four points with three matches to go.

Man of the Match Sohail Tanvir said the win was a team effort.

"We knew how important the game was, and that's what we discussed. What we discussed was that we (as seniors) needed to put our hands up. The seniors have stepped up, and credit goes to the whole team,” Tanvir said.

“We thought getting 150-plus would be tough for them. Sohail's spell was the best swing bowling I have ever seen in my life. He told us he'd do something special,” said Emrit.

“Hats off to Sohail. Our top-order guys had no clue what was going on. He adapted quickly and single-handedly took the game away from us. It's a bit disappointing, nonetheless. All I want to say is that this is a game we need to forget,” said Pollard.