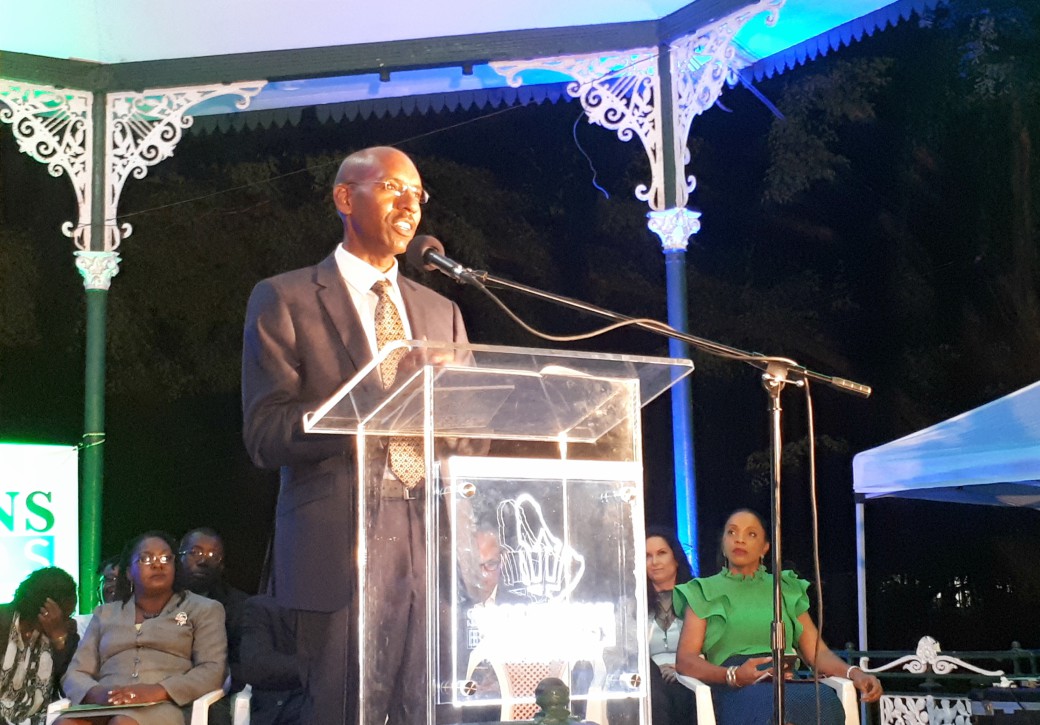 Solutions Barbados has charged the Democratic Labour Party (DLP) with bringing the country to the "brink of economic ruin" and for this reason, they believe it is time for the party to go.

Such were the sentiments shared by Grenville Phillips, party leader of Solutions Barbados during a national meeting last night.

He said the decision to remove the DLP from office in tomorrow's General Elections "could not be clearer" for the electorate considering that the economic policies of the DLP has put Barbados in the same position as Guyana and Jamaica before they were forced to enlist the assistance of the International Monetary Fund (IMF).

Phillips told party supporters that unlike the two major parties, Solutions Barbados has no experience in "mismanaging the national economy". He said their economic plan, which includes the elimination of the NSRL and VAT, and the modernization of the public service will free up more money in the economy and create an excess of revenue.

"We have found that we do not need to squeeze the pockets of Barbadians to get additional taxes which we do not need. While we are reducing taxes and not laying off a single civil servant, we are running a surplus."

He added the party intends to follow the economic policies of former Prime Minister, Owen Arthur.

"We will do the good things that Owen Arthur did.... because he has proved that when you reduce taxes you gain more revenue."

BLP or DLP not the right solution for country