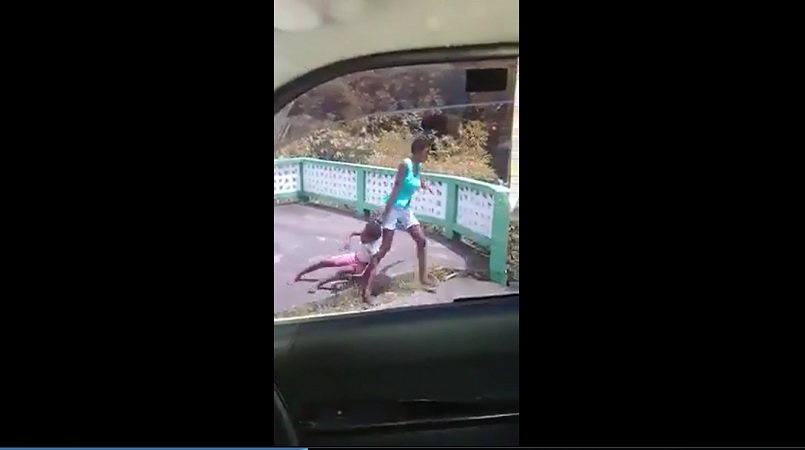 WARNING: THIS VIDEO CONTAINS GRAPHIC CONTENT THAT SOME PEOPLE WILL FIND DISTURBING

A troubling viral video depicting child abuse believed to have been recorded in Soufriere, St Lucia is being investigated by police.

The video, which can be seen below, shows an adult woman beating and dragging a young girl on concrete while another young girl looks on. The video was recorded from within a vehicle in which local and foreign accents can be heard reacting in shock.

One person says, "Why she doing the child that?" Another says, "Tell her to stop that."

A person exits the vehicle and approaches the three as the video cuts off.

A second video shows someone recording the woman walking with the children, threatening to expose her actions on Facebook. The woman reacts angrily.

Many reacted to the video, condemning the woman for her actions.

It is believed that the woman and the child who was beaten are sisters.