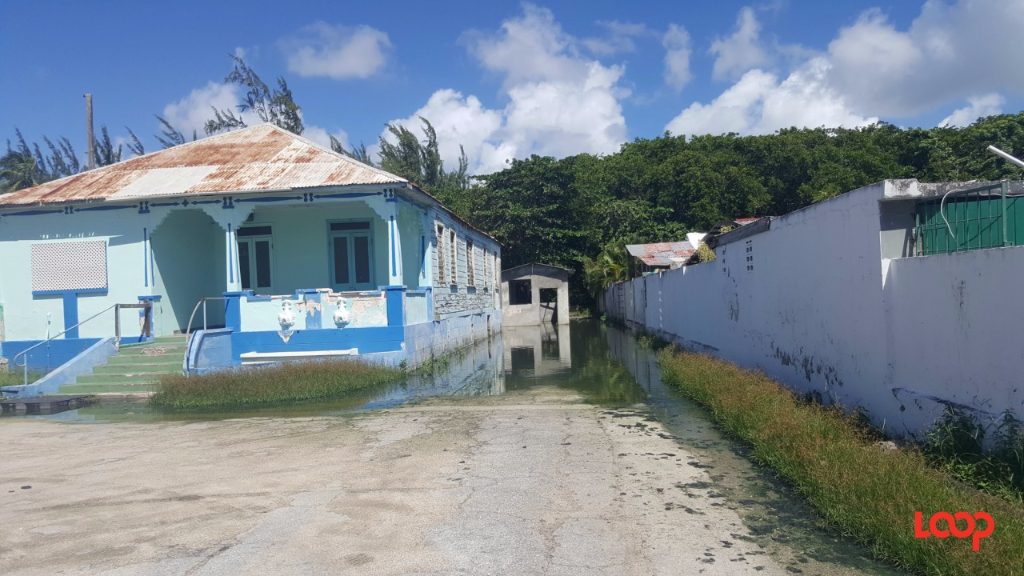 The site where Lemongrass Express was located previously, in Worthing.

Late night businesses and restaurants along the South Coast in the Worthing area are being hit squarely by the stench from sewage and wastewater.

This is according to managers of businesses located down the hill from the South Coast Sewage Treatment Plant in Christ Church, along the Worthing stretch from St. Lawrence Gap onward in the direction of Bridgetown.

Loop News visited a number of businesses in the area, all located in-land, who said the foul odour is still a problem. No one was complaining, but they all said that the odour is the greatest disturbance to their staff and clients.

Chef at Stream Bar and Restaurant, John Boland, told Loop News that yesterday (Sunday) was bad. “Our well-covers lifted,” he observed, noting that was not something that they had experienced for a while. But he said that thankfully they are closed on Sundays.

Boland assured that he is not complaining because, “We get affected, but we don’t get affected by it per se as in backflow, we get affected by smell because the plant is right there… We know when it’s acting up, ‘cause we smell it.”

In terms of the impact on business, as he stood to the side of the building located opposite the public beach access to Worthing Beach, he pointed to the wells and said, “We had to close business once when the rain fell really hard. It actually came back up through all the wells and flooded all here so people couldn’t get in or out of the restaurant." 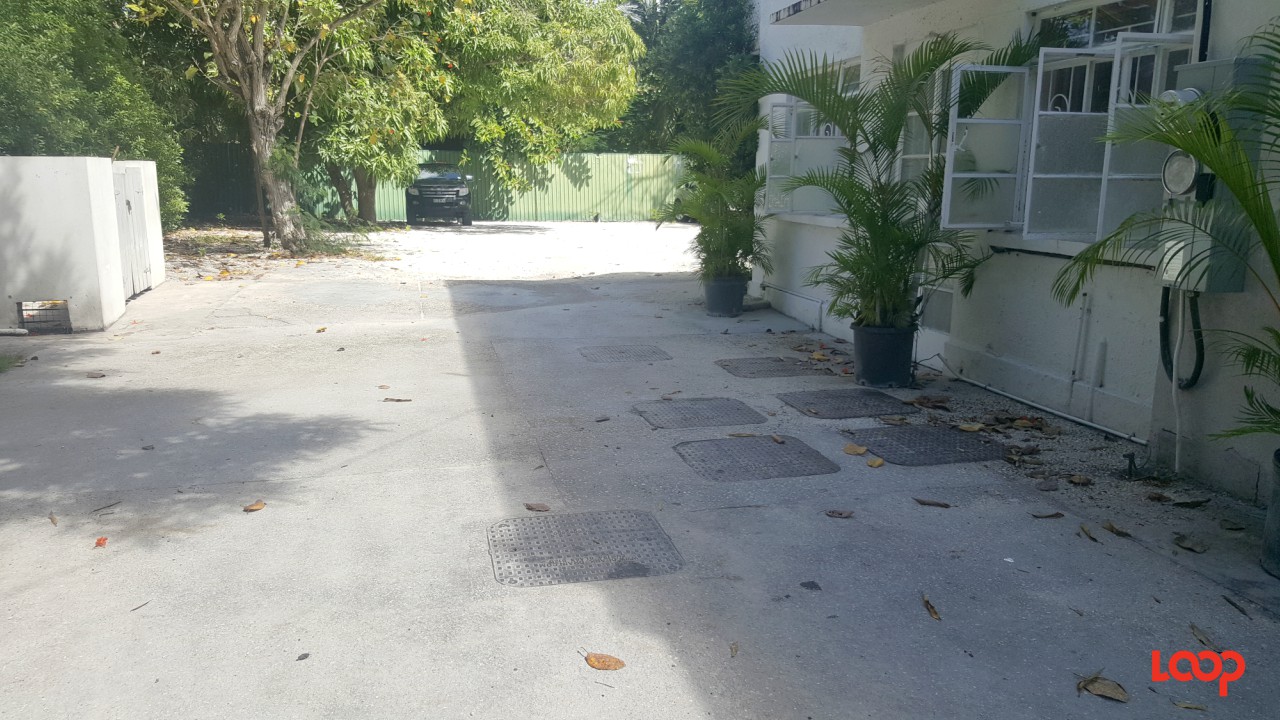 “But we don’t have that much issues with our wells. We had two overflows, but again it was raining extremely hard when that happened so it was only obvious that everyone got affected by that. I know that they came back up yesterday a little bit, but we are shut on Sundays so it didn’t affect us.”

Boland lives in the Hastings area and he said that he got to see a new side of things from his home yesterday.

Shaking his head, he explained, “We don’t have it as bad as Tapas and down there. I mean I saw it on Sunday down there because I live just up the hill from Tapas – Marine, and it was gushing. If they didn’t have that cover welded down, that was coming off yesterday. I haven’t seen it flow that hard in long.”

He told Loop News that he saw the Barbados Water Authority (BWA) workmen at work on Saturday night in the vicinity of the old Sandy Beach Hotel, further along Worthing Main Road. He said he didn’t know what they were doing, but from the bar they could see them busily working.

Reservations Supervisor at West Indian International Tours, Heather Moore, said the odour is their concern, “mainly after it rains”. But she said they were never forced to close businesses due to the smell. 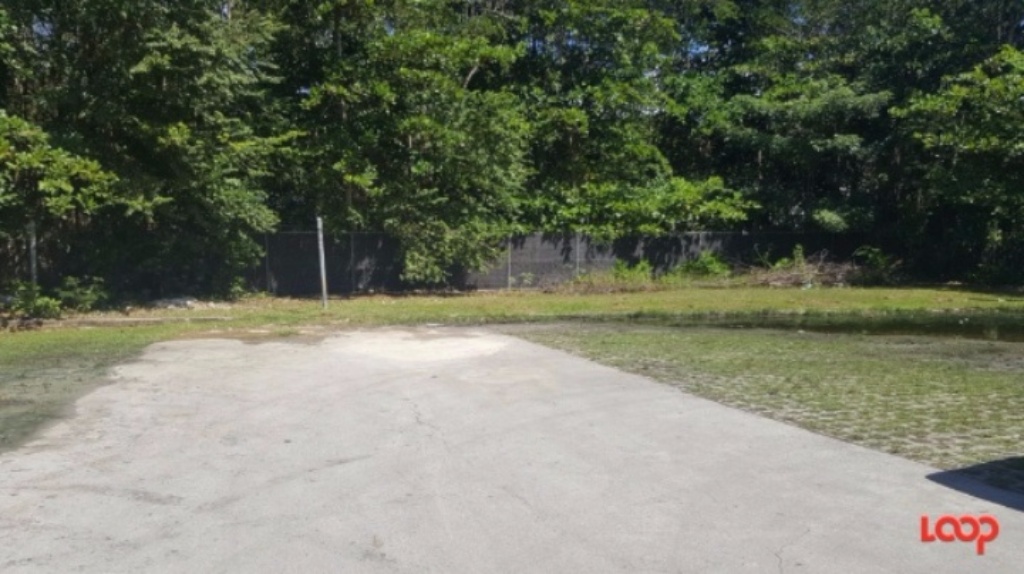 Melissa Clemonds, Manager of Mel’s Beauty Salon and The College for Preschoolers, said that it is “not really a problem”. She said the stench is every now and then but the mosquitoes are a greater annoyance to them.

One small restaurant owner said that the scent has forced her to make the facility air-conditioned. She said, “We keep the windows closed to taper the smell… The smell is not very, very good.”

Asked about some stagnant water settled in the parking area below her business, she responded, “We are affected…when we go out. The smell - yesterday it was really, really bad. Even though we were closed I passed and everything was flowing…next door and in the back of us. So the water doesn’t affect us in the front. So it’s really mosquitoes and the smell.”

She said that it was her intention to hold an evening event, but she has postponed that because “I didn’t want to plan something and then it happens”. She added last week was good, “It was clear all week, and then Friday it started. You could see it on the streets, all by Lucky Horseshoe, all by Big B, by the bank, CIBC FirstCaribbean, and then in the back of us.”

At one hair salon closer to St. Lawrence Gap, the proprietor said that they used to be impacted by the smell, “like when there was the big issue affecting everyone and the beach was closed”, but now the scent is off and on.

Another proprietor whose operations commence around 10:00 p.m. or 11:00 p.m. when most, if not all, other establishments are closed along the Worthing stretch, said that he gets numerous complaints.

Explaining that usually when there are problems with the sewage project it is at night, or on the weekends, he said it impacts them “the worst”.  Sometimes when he explains to customers that the odour is not from the establishment, some listen and proceed, while others opt to take their business elsewhere. He said some understand the odour is “above and beyond” his control, while others do not. To date, he doesn’t think it has hit his bottom-line, but he asserted it is a bad problem for business.

A businesswoman who is new to the area confessed that had she known the extent of the issue, she would have thought twice about making the investment in the area and chosen another venture.

Loop was also told by some employees in the area that they have refrained from parking at the rear of the buildings for fear that the rain comes and then they are trapped.