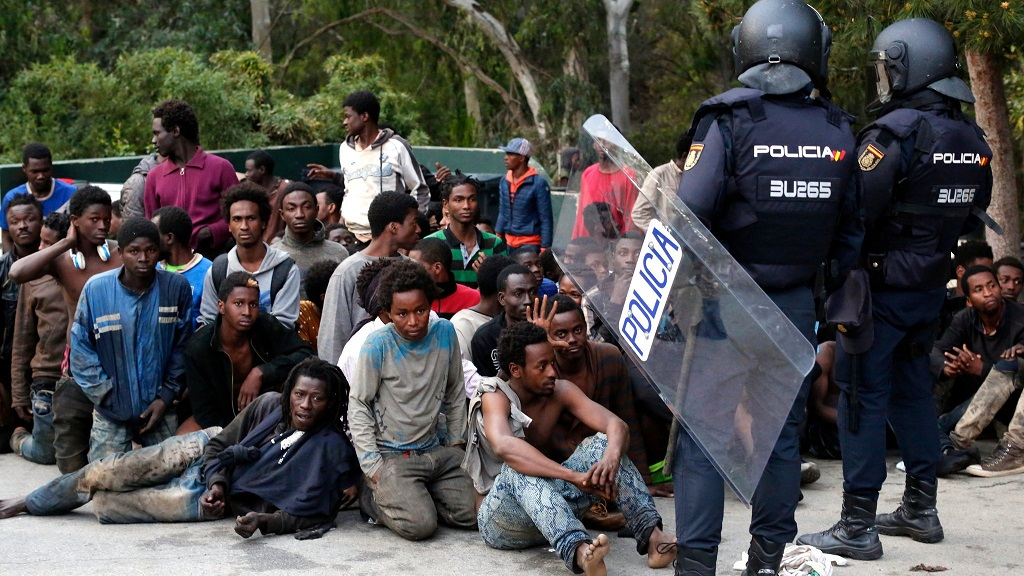 Spain's maritime rescue service says it has saved 476 migrants in a two-day span who were attempting the perilous crossing of the Mediterranean Sea from African shores.

The service says it pulled the migrants from 15 small boats on Friday and Saturday. There were no reported casualties.

Favourable weather in the Strait of Gibraltar appears to have sparked the surge in sea crossings.

Each year, tens of thousands of migrants attempt to reach Spain and other southern European countries by crossing the Mediterranean in smugglers' boats.

Most of the vessels are unfit for open water, and thousands of migrants drown each year.

The U.N. says 615 migrants have died crossing the Mediterranean so far this year.

Spain arrests suspect after 3 are slain; Italy wants him too