Spain warns it will act if Catalonia declares independence 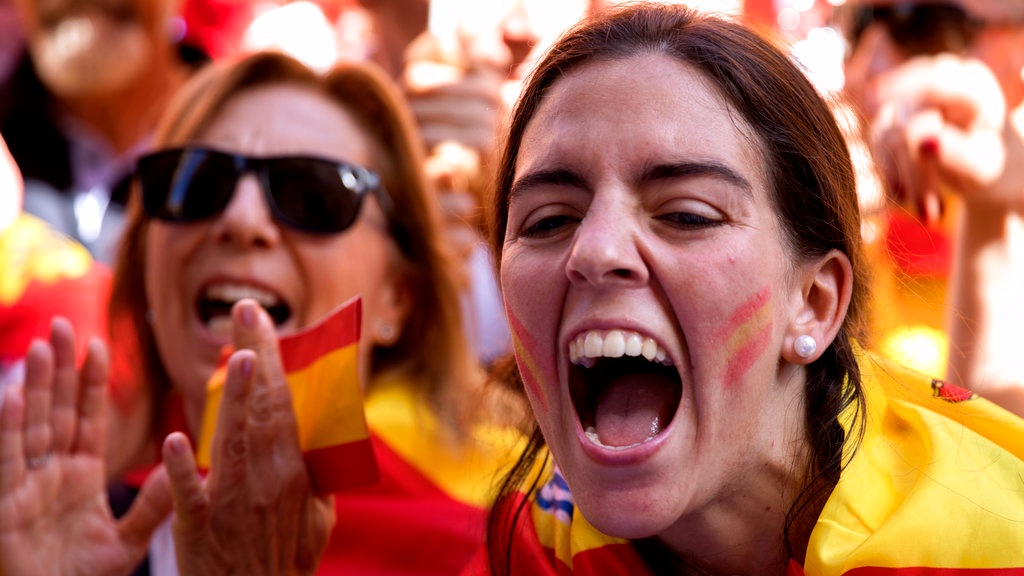 Spanish Prime Minister Mariano Rajoy warned anew Monday that Spain will not be divided by a declaration of independence from Catalonia and said the government is ready to respond to any such attempt.

Catalan regional President Carles Puigdemont plans to address the Catalan parliament on Tuesday evening to debate the current political situation. Separatist politicians say there will be a declaration of independence for the northeastern region of 7.5 million during that session, although some ruling coalition lawmakers say the move could be simply "symbolic."

Still, Rajoy was being as explicit as possible in warning that the national government in Madrid would not stand for such a declaration.

"Spain will not be divided and the national unity will be preserved. We will do everything that legislation allows us to ensure this," Rajoy told the German newspaper Die Welt. "We will prevent this independence from taking place."

Secession-minded authorities in Catalonia have vowed to break away from Spain after claiming a pro-independence victory in a disputed referendum earlier this month. The Oct. 1 vote has been followed by mass protests of Catalans angered by police violence as authorities tried to stop the vote and, more recently, by others in Catalonia and Madrid urging the unity of Spain.

Yet politicians supporting Puigdemont's minority government and civil society groups backing independence say they will not accept anything less than a full declaration of independence.

Puigdemont has not clarified what his intentions are.

Rajoy's deputy, Soraya Saenz de Santamaria, also warned that Spain would act decisively if there was any independence declaration.

"If they declare independence, there will be decisions to restore the law and democracy," said on Monday during a radio interview.

She called for members of the Catalan government "who still respect democracy and freedom to refrain from jumping into the void."

The regional Mossos d'Esquadra police force, whose hierarchy reports to the Catalan government, had been in charge until now of guarding the palace in central Barcelona that hosts the judiciary.

But the High Judiciary in Catalonia says its president, Jesus Barrientos, has asked the chief of the National Police force in the region to join in the protection of the building. The statement says a declaration of independence, even if illegal under Spanish laws, could trigger the suspension of the judiciary and the ouster of its president.

Separatist leaders in Catalonia have declared valid a pro-independence victory in a disputed Oct. 1 referendum that Spain calls illegal. The vote took place amid police violence that injured hundreds.

On Sunday, a massive protest in Barcelona showed the strength of Spanish unionists in Catalonia, as thousands marched with the Spanish national flag that had been absent until now in the regional debate.

They chanted "Don't be fooled, Catalonia is Spain" and called for Puigdemont to go to prison for holding the banned referendum.

Catalan authorities say the "Yes" side won the referendum with 90 percent of the vote, although only 43 percent of the region's 5.3 million eligible voters turned out in polling that was marred by police raids of polling stations.

Rajoy has said the central government could take control of the governance of the Catalan region.

"The ideal situation would be that I don't have to find drastic solutions, but for that to happen there will have to be some rectifications (by Catalan leaders)," Rajoy said this weekend.

Rajoy's government has repeatedly refused to grant Catalonia permission to hold a referendum on grounds that it is unconstitutional, since it would only poll a portion of Spain's 46 million residents.

Catalonia's separatists camp has grown in recent years, strengthened by Spain's recent economic crisis and by Madrid's rejection of attempts to increase self-rule in the region.