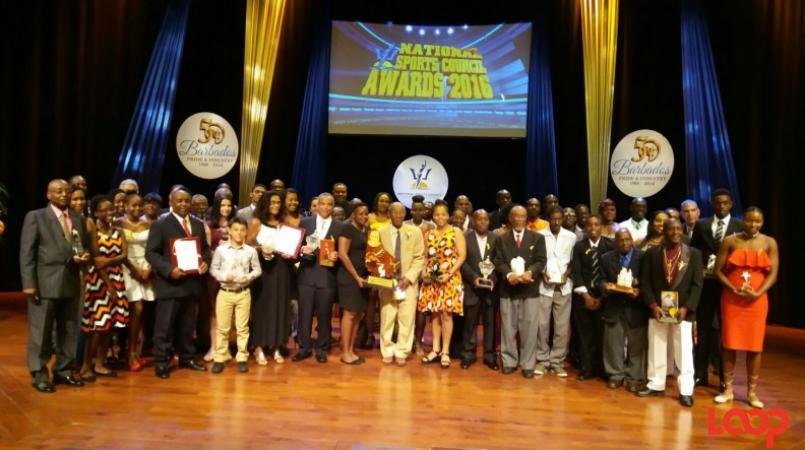 At the awards ceremony held over the weekend at the Frank Collymore Hall, Matthews performance with the bat at the ICC World Cup was one of the highlights that gave her the edge over a tough field.

Also winner of the Junior Outstanding Sportsperson – female, Matthews had a field which included Meagan Best in squash, Sada Williams for her impressive performance on the track before her injury which sidelined her just before the Olympic Games in Rio.

However Best carried off the Ministers Award as well as an Emerging Athlete Award for her outstanding performances in her age category as well as outside.

World indoor sprint bronze medalist and Olympian, Ramon Gittens, won the Senior Outstanding Person Male, while Akela Jones who competed in the multi-events for her University as well as at the Olympics won the female title.

For leading the West Indies women’s team to victory, their coach Vasbert Drakes carried off the Coach of the Year award.

Groundsman of the Year: Errol Holder

Performance of the Year: Carlos Brathwaite

Hayley Matthews the toast of the town