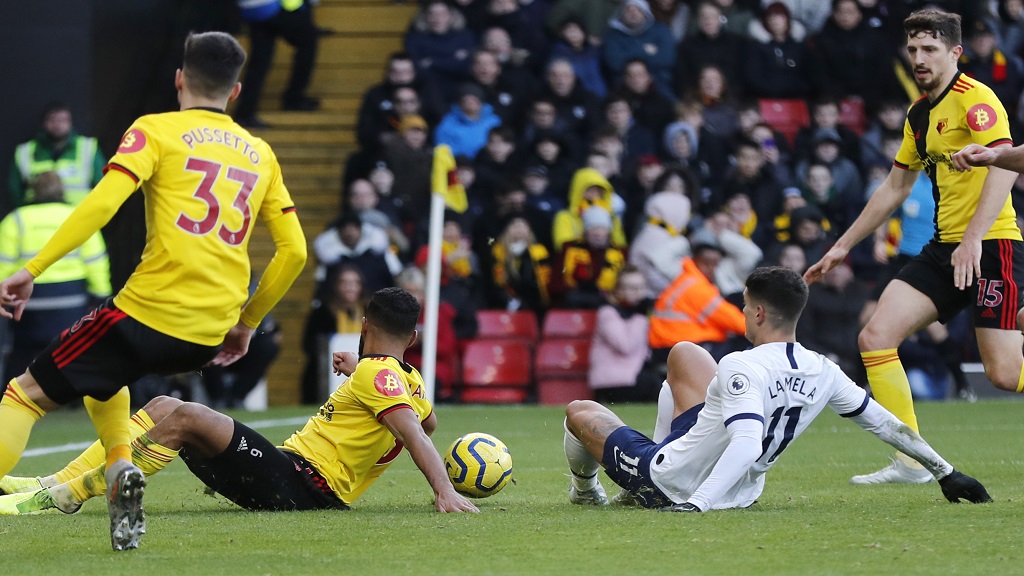 Tottenham marked their fourth Premier League game without a win in a 0-0 draw with Watford on Saturday, escaping defeat thanks to a penalty save by Paulo Gazzaniga.

Jose Mourinho's team hasn't won in the Premier League since beating Brighton on Dec. 26 and the frustration was clear when Dele Alli threw an object to the ground in the dugout after being substituted.

After both teams wasted chances to score early in the second half, Tottenham defender Jan Vertonghen gifted Watford a penalty when he deflected a shot from Troy Deeney with his arm while sliding in to block.

Deeney stepped up to take the spot-kick, which he hit powerfully but too close to goalkeeper Gazzaniga, who showed quick reactions to push it away.

Late substitute Ignacio Pussetto made a crucial intervention for Watford when he cleared the ball off the line in stoppage time in a scramble in the penalty area. Goal-line technology showed most, but not all, of the ball was over the line when Pussetto cleared.

Failing to beat relegation-threatened Watford is another blow to Tottenham's hopes of qualifying for the Champions League after reaching last season's final.