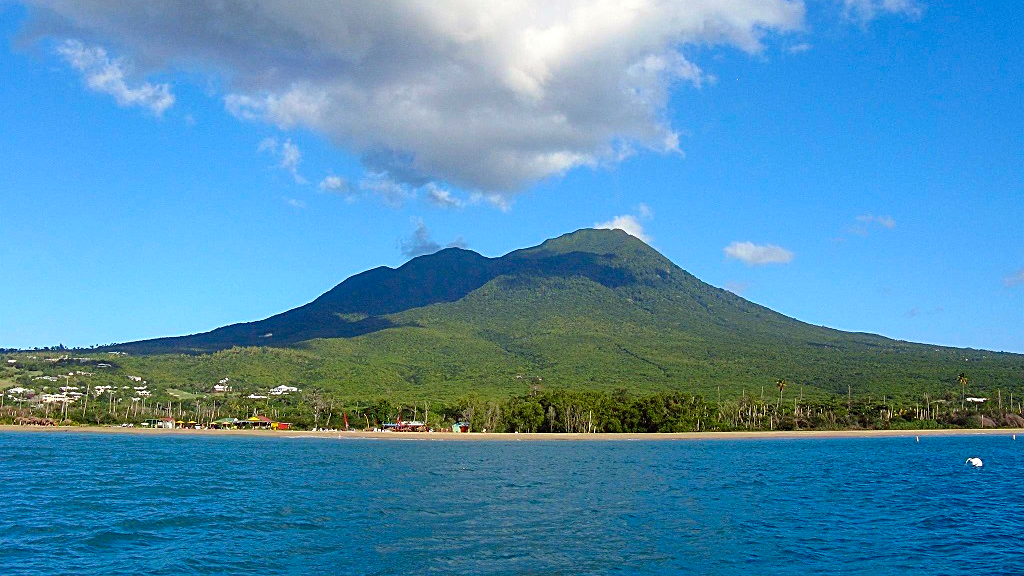 (Photo: Nevis Peak, a potentially active volcano on the island of Nevis, has no eruptions since prehistory, but there are active fumaroles and hot springs on the coastal slopes of the island, which represent low-level volcanic activity.

A team of US researchers have confirmed that St Kitts and Nevis can move forward with a planned geothermal project on the volcanic island of Nevis.

According to Nevis Pages, a team from US company GeothermEX was contracted by Nevis Renewable Energy International (NREI) to assess a geothermal test well at Hamilton to determine whether there would be potential for a sustainable supply of geothermal energy.

“We are with the well flowing very nicely. High temperatures coming along and plenty of steam coming up from the resource. Very excited to see this. Plenty of energy has gone into this project to achieve what’s culminating here today. Very happy to be here to make this become a reality."

“The resource so far looks very promising. High temperatures down at resource at commercial grades to produce power. Right now we are preparing to go in and measure those to quantify how much resource it is and how best to develop the resource here,” he said.

NREI CEO, Bruce Cuthright, said that the people of Nevis have waited for five years to get to this stage, adding that the project as a difficult but a rewarding one.

“It has been a tough project to work on. We know that the people of Nevis have been waiting 10 years to see this flow rate that is behind us."

"This will transform the island," he said.

Cuthright said the project has the potential to supply energy for the whole island.

He added that the testing operations at Hamilton are completed and drilling for the production wells on the site are expected to begin late this summer.

NREI was contracted by the Nevis Island Administration some time ago to harness the island’s geothermal energy.

Nevis Peak, the island's potentially active volcano, has had no eruptions since prehistory. However, there are active fumaroles and hot springs on the coastal slopes of the island, which represent low-level volcanic activity.

At present, Costa Rica is the only other country in the Caribbean region that produces geothermal energy.

Geothermal electricity generation is currently used in 24 countries, while geothermal heating is in use in 70 countries.

Geothermal power is considered to be a sustainable, renewable source of energy because the heat extraction is small compared with the Earth's heat content.