St Leonard's Boys' do the double in school football 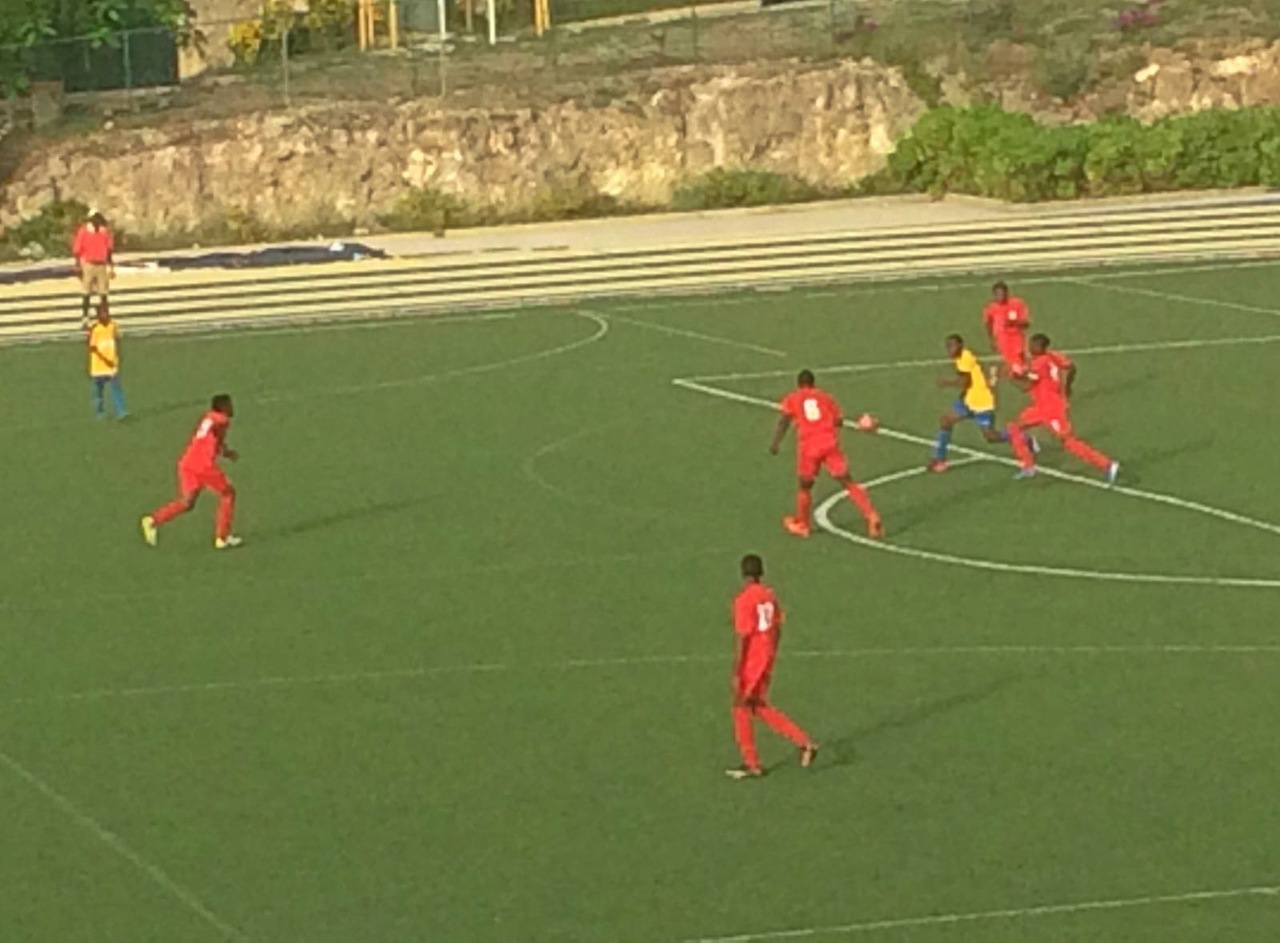 The Richmond representatives defeated the Combermere School 2-1 at the Usain Bolt Complex, to retain the Barbados Secondary School Football League U16 championship.

This league triumph follows their Cup victory last week, over the same opponents and made St Leonards the double crown champions of this division for the second successive year.

Jones’ club mate and Combermere captain Andre Applewhaite tied the score in the 27th minute, when he headed in Nathan Skeete’s in-swinging corner from the left.

Into the break at 1-1, both teams vied courageously from the resumption, with the majority of the action occurring in the midfield.

St Leonards went ahead in the 50th minute, capitalizing on an error in the midfield by Combermere which led to a counter attack; Jones was released one-on-one with McAllister and the clinical marksman easily passed the ball past the advancing goalkeeper.

The goal seemed to have dented the morale of the Waterford boys, as they created very little opportunity to find that important equalizer.