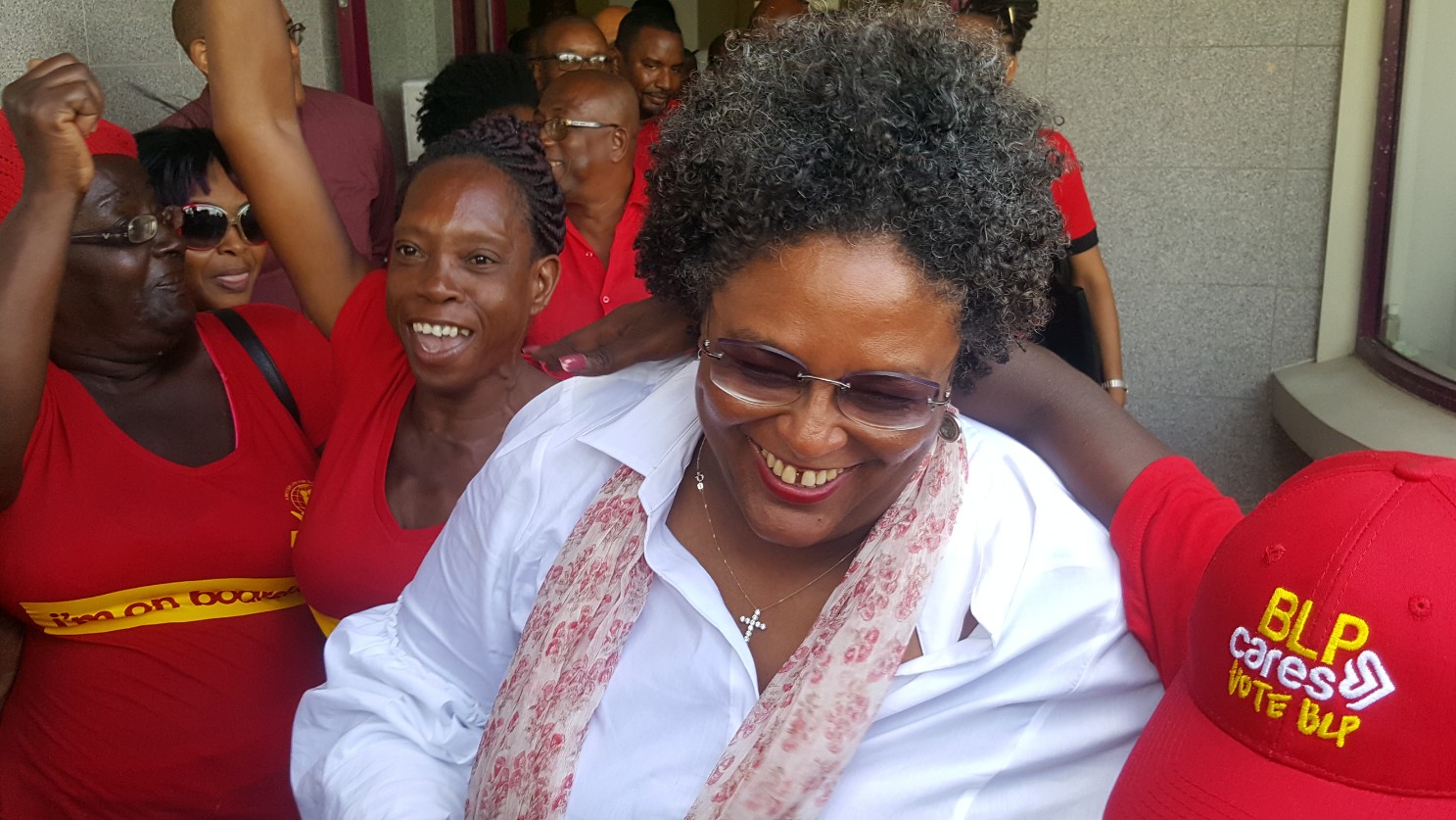 As Barbados ushers in a new Government, overwhelmingly backed by the people, the Government of Saint Lucia congratulates the opposition Barbados Labour Party (BLP) on its landslide victory.

The party’s leader, Mia Mottley, is expected to be sworn in as Barbados’ eighth and first female Prime Minister. According to reports from the Electoral and Boundaries Commission in Barbados the BLP won all 30 constituencies.

Prime Minister Honourable Allen Chastanet, also Chairman of the Organisation for Eastern Caribbean States (OECS), said that this was a historic day, not just for Barbados but also for the Caribbean.

“The people of Barbados have spoken and delivered to Mia Mottley a highly impressive and extraordinary victory and on behalf of the Government and People of Saint Lucia we congratulate the Prime Minister-designate and her team,” said Prime Minister Chastanet. “I personally congratulate Mia on this achievement and recognize that she has made history in Barbados and the Caribbean, joining an elite group of first female leaders in our region.

“I have no doubt that Ms. Mottley will continue to work for the good of the people of Barbados and the region and we look forward to working with the new administration to advance the causes of the Caribbean and strengthen the bond between our countries. We wish the BLP team much success and continue to wish the people of Barbados much prosperity.”