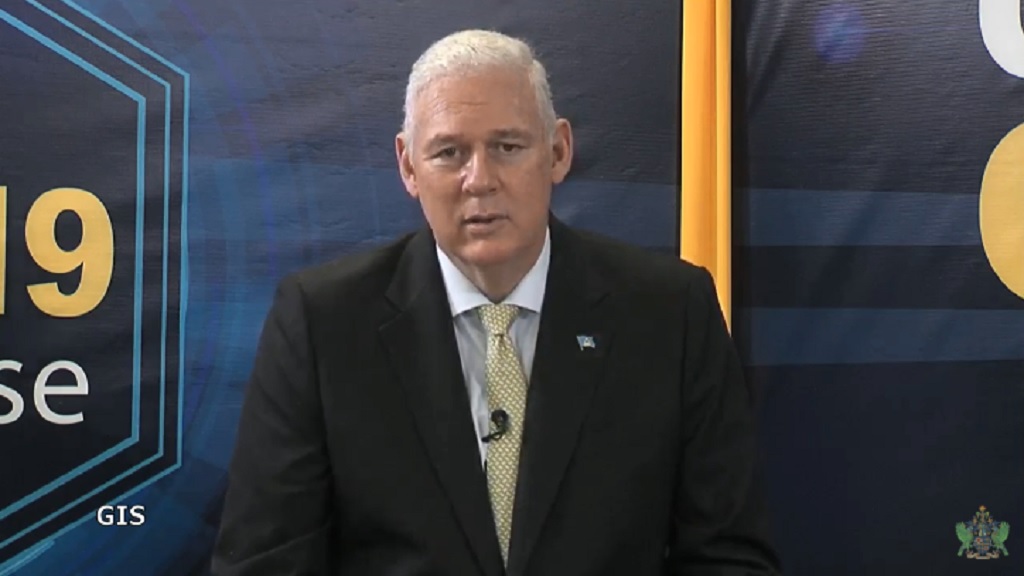 Prime Minister Allen Chastanet announced during an address Sunday, April 12, 2020, that government is putting a plan in place to reopen all commercial activity in St Lucia.

"The Ministry of Commerce, in collaboration with other ministries, will work with the public and private sectors for a phased reopening of the economy.

We’ve agreed at Cabinet to appoint a committee to work with the private sector and all the public health departments to start now, putting the protocols in place for the full operationalization of our commercial activity."

The prime minister made it clear that a plan is being put in place but that government will not be implementing it as yet.

The prime minister announced: "Cabinet has agreed to maintain the existing partial shutdown/scale-down operations for the period of April 14 until April 26, 2020."

After the partial shutdown expires on April 26, the prime minister says: “At that point, we’re hoping to be able to announce the full opening of the commercial activities in St Lucia, but again, that’s going to depend on the results over the next couple of days, as well as the recommendation of the command center in doing so."

During the April 14 - 26 partial shutdown, "We’ve agreed to expand the activities under the hardware service, as well as home suppliers, to include emergency renovation and maintenance activities at the household level to facilitate water storage, plumbing maintenance in preparation for the drought alert."

As such, home suppliers such as S&S and Voyager will be able to open for business during this time, once they engage with various ministries on the protocols they must follow.

So in addition to grocery stores, and other essential services, hardware stores and home suppliers will also be open during the coming week in preparation for the upcoming hurricane season.

The decision to plan for the reopening of commercial activities was informed by the success the Ministry of Health has had in their contact tracing efforts. The prime minister called the contact tracing team the backbone of country's efforts against the virus and noted that in the most recent confirmed cases, many of the individuals were already identified and either in an isolation center or in-home quarantine.

To date, St Lucia has 15 confirmed cases of COVID-19 and has yet to record any deaths in connection with the virus.

COVID-19: Curfew extended for Barbados, but with relaxed restrictions