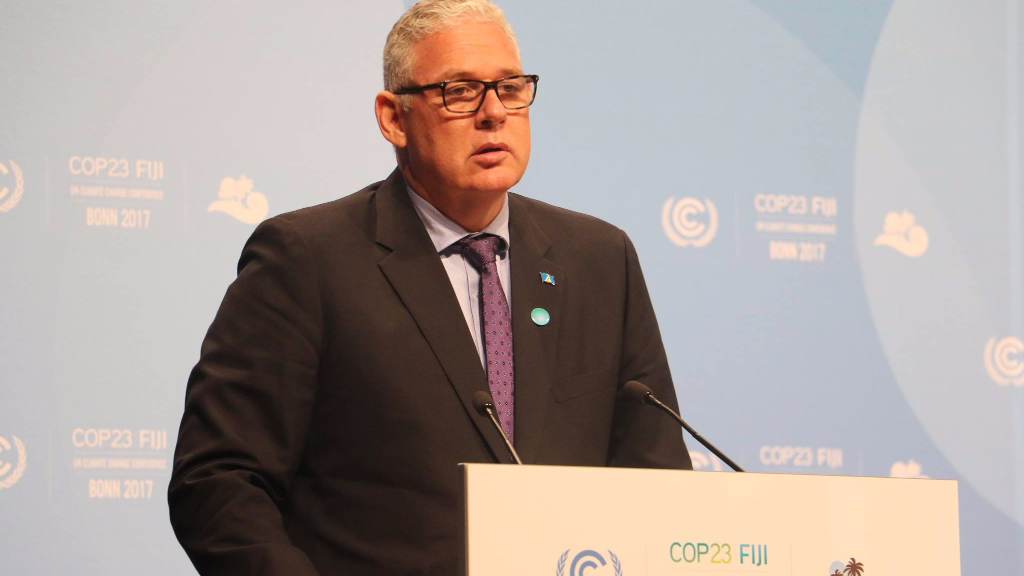 St Lucia Prime Minister, Allen Chastanet, said the Caribbean remains at risk of even more devastation if nothing is done now by global leaders to stop climate change.

Speaking at the 2017 United Nations Climate Change Conference in Bonn, Germany, on Thursday, Chastanet said that after the destruction experienced form hurricanes Irma, Maria and Jose, the entire region has been left with feelings of fear and helplessness as the effects of climate change become more extreme.

"We have experienced first-hand, what climate change looks like – Irma, José, Maria. Not only have these storms decimated our countries and our economies, but they have also left our citizens and governments with a feeling of fear and helplessness ... that the next hurricane season is only nine months away ... and that this process is far too slow for us."

"What we have also realised is that time is against us. Climate change has the ability to annihilate my country overnight, as hurricanes are becoming more severe, causing ever more devastating impact."

"The fallout from these events is massive. Lives are lost, infrastructure destroyed. Big, medium and small businesses are hit as well ... which translates to loss of opportunity; losses that we couldn’t have imagined, but that we would have to suffer again and again in the future," he said.

Chastanet referred to the destruction of many small islands such as the British Virgin Islands, St Maarten, St Thomas and Barbuda, which was declared as uninhabitable after most of its infrastructure was wiped out following the passage of hurricane Irma.

"The Small Island Developing States have understood that we have run out of time and that drastic action must be taken immediately...because nobody has found a way to ask for a pause until we, as a global community, can get our act together."

"I call on developed countries to help SIDS help themselves. We cannot wait till 2020 to see finance to deal with the emergency situations, build resilience in our countries as far as possible, and the loss and damage that is already occurring."

"Our people have proven to be and will continue to be resilient. But here, on the international level, I say to you: all it takes is a pen; a pen to create the policies to prioritise the resources; a pen to change the protocols used to disperse funds; a pen to change macroeconomic targets, realising that we cannot invest in resilience without putting our counties into deeper economic volatility," he said.

He said there is clear scientific evidence that unless warming is kept below 1.5°C, SIDS will face further intolerable and existential threats.

"Already, at 2°C, impacts will be catastrophic. But building resilience to climate impacts that will occur if we allow the planet to warm to 3.2°C is absolutely unimaginable ... because this is where we are heading with the Paris Agreement pledges on the table, with deadly implications for our nations."

"I call on all governments to take urgent action to help SIDS deal with the climate change impacts...no more excuses, no more bureaucracy...just urgent action-NOW," he said.

See the video below:

The Latest: Merkel calls for all to fight climate change