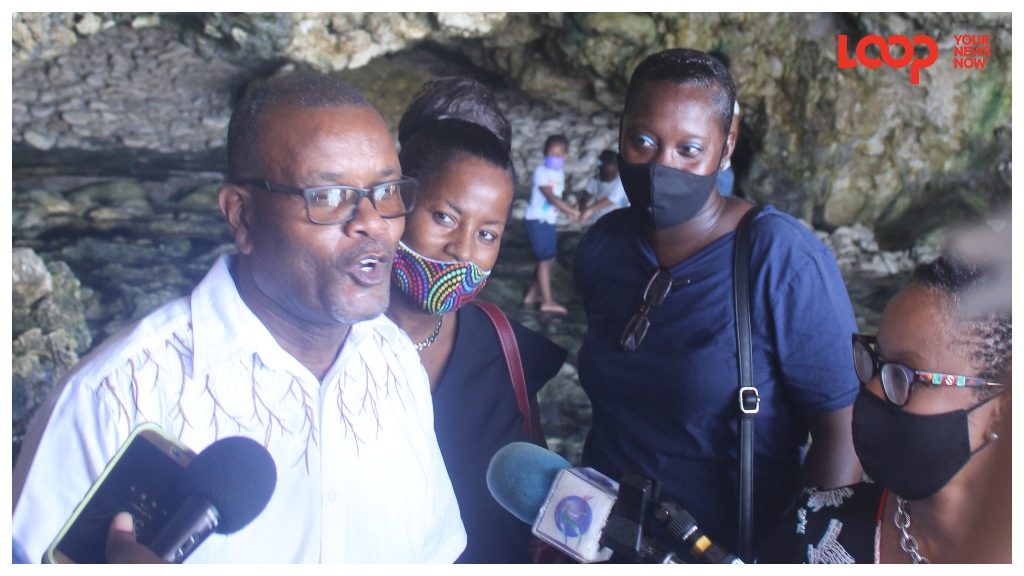 Parliamentary Representative for St Lucy Peter Phillips was pleased to see the “Barbados Uh Come From” campaign make a stop in the parish at the top of the island.

“I am truly excited about this because it is something that I long thought about…that a lot of people, within Barbados itself, not just the people who come in, don’t know a lot about our country, don’t know a lot about St Lucy as a matter of fact,” he stated while speaking to the press on Friday, September 4, during a tour of the scenic northern attraction.

“We have a lot of attractions in St Lucy, the Animal Flower Cave is the main one. We also have St Lucy’s Parish Church which is the same age as Bridgetown and that is something that a lot of people do not know. We have the only octagonal tower over in that particular area as well. Of course everybody knows about Mount Gay the oldest rum, over 300 years old. All of that is located in St Lucy.”

The domestic marketing product is an initiative of the Ministry of Tourism as well as the Barbados Tourism Marketing Inc (BTMI). Minister Lisa Cummins led a team of industry officials yesterday on the tour which also included young campers and hotel workers.

“I applaud this initiative because…it gives people the opportunity that when [the] tourism sector reopens fully you are able to sell your country because you know about it. Not just sell it based on what you have heard somebody say but sell it based on what you have experienced for yourself. This is very important,” Minister Phillips said of the marketing campaign aimed at stimulating domestic tourism.

While commending Cummins for the initiative, the representative for St Lucy also stood in agreement with her that it should be replicated across the island.

He suggested that the COVID-19 environment presented an opportunity for everyone to learn where things needed to de done differently especially within the tourism sector, which the island was still highly dependent on.

“At this juncture we are experiencing some difficulties, [but] the lessons that are being learnt now will certainly stand us in good stead in the future,” Minister Phillips stated.