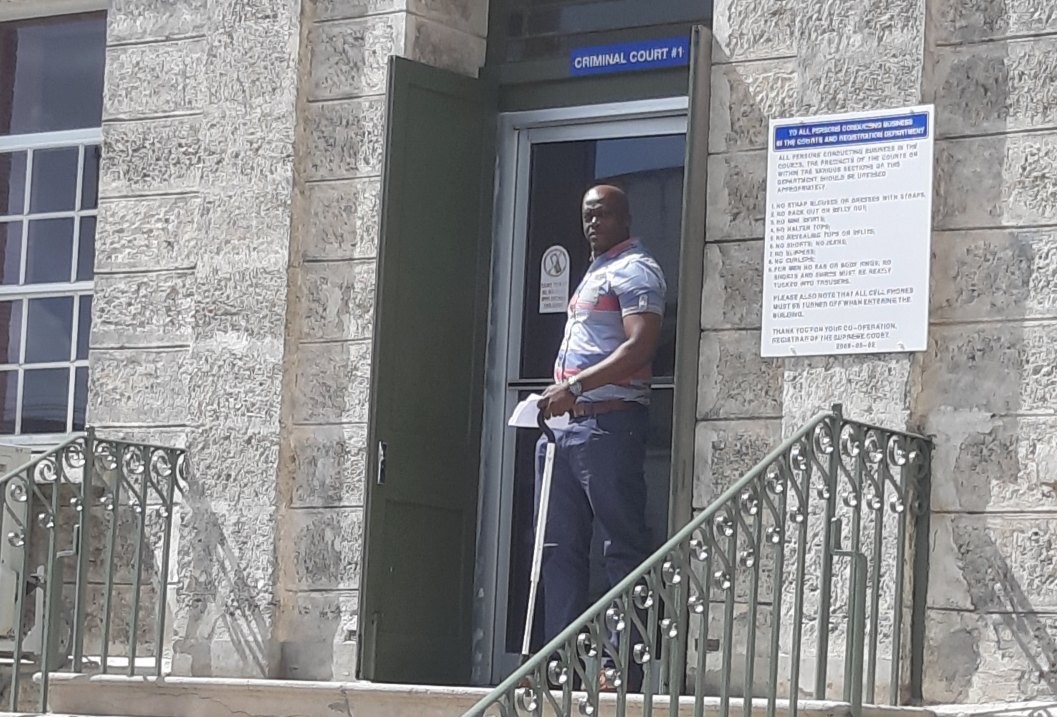 Quincy Orlando John has been ordered to attend anger management counselling after he admitted to assaulting his ex-girlfriend.

The 39-year-old shopkeeper of Kings Gap, Haggatt Hall St Michael first appeared in the District A Magistrate Court last Friday, January 3, 2020 in relation to the December 27, 2019 assault. The case has been a hot topic on social media after it was reported that the presiding Magistrate told John that he “was not a fit candidate for prison” in relation to the assault.

In a follow up hearing in court today, January 10, it was revealed that all the facts of the case were not presented to Magistrate Douglas Frederick when the case was first heard.

In correcting his omission, Prosecutor Sergeant Vernon Waithe told the court that John and his ex-girlfriend, who is the mother of his three-year-old daughter, got into an altercation on the mentioned date at John’s shop when she came to collect the child. As a result of the argument, the ex-girlfriend received injuries to her fingers on her left hand. The complainant then hurried her daughter to gather her things and they left. At the same time the accused got into his car and drove off.

While driving away from his house, the complainant saw the accused turn his vehicle around and drive it towards her. She reversed her car and ended up in a ditch. John got out of his car, armed with a cutlass, and tried to open her car door. After ordering her to open the door, he got in his car and drove off. She then drove to a bus stop in Salters, St George to use her cell phone and the accused drove up behind her, got out of his car and came to her car. He pulled at the door again then got into his car and drove off. The incident was then reported to the police.

Magistrate Frederick asked the complainant what kind of father John was, to which she replied, “He is a good father. He is very supportive.”

She said while she did not wish to see the father of her child in prison, she believed that he needs counselling so they can “keep the peace” while co-parenting.

John was ordered to attend anger management counselling and was placed on a bond.