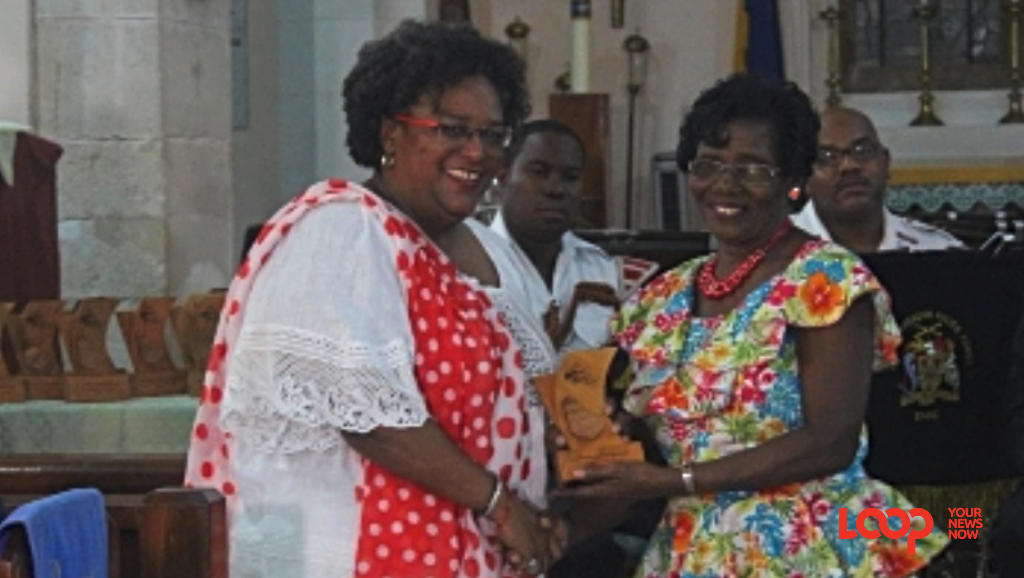 The parish of St Peter paid tribute to 13 of its residents at the latest hosting of the Pride of Barbados awards.

Prime Minister, the Honourable Mia Amor Mottley was on hand to present the awardees for their dedication to community life and their commitment to the development of the northern parish. This is the second cohort of awardees.

Prime Minister Mottley, in an impromptu address, thanked all those who embraced the We Gatherin’ initiative from its launch.

“When we started this thing a few eighteen months ago, the concept of We Gatherin’, there were many who doubted it, but from St Lucy to St Peter, I know that we are doing the right thing because you, the people, have embraced it beyond our wildest expectations. Thank you!” she said.

Minister Jordan lauded the Prime Minister for being a visionary and conceptualizing the national initiative. He also praised those persons who exhibited a love for their community and worked tirelessly, not seeking personal glory but simply fueled by a genuine love for humanity.

Attendees enjoyed a selection of beautiful renditions by the Royal Barbados Police Force Band. Strains of both classic and modern arrangements punctuated the evening’s proceedings. Those present could be seen enjoying the entertainment provided. MC of the night, Janine White, added the right balance while she ensured the programme flowed smoothly.

The next installment of the Pride of Barbados awards is scheduled to take place in March when St Peter passes the We Gatherin’ mantle to St Thomas.