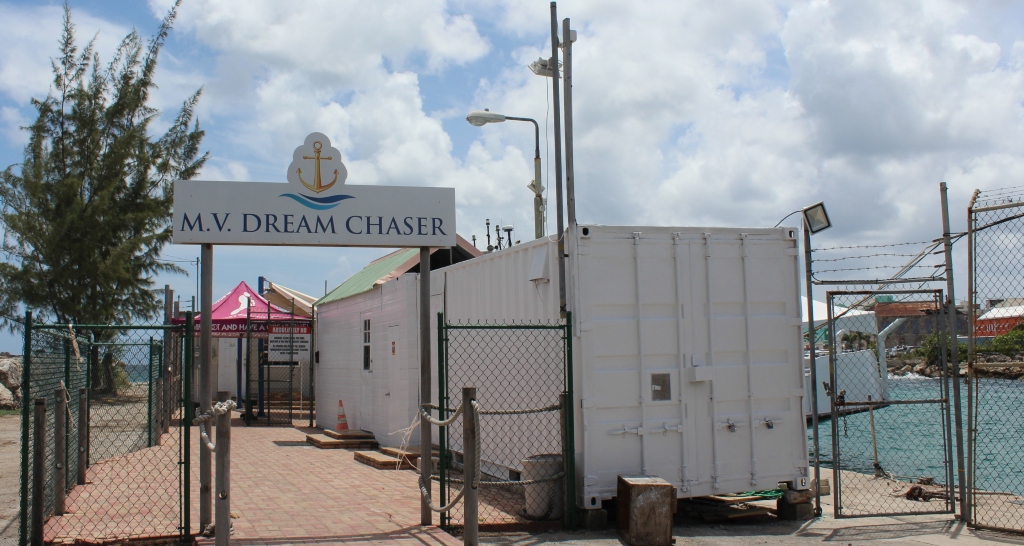 Party boat, MV Dream Chaser, will be back on the high seas from this weekend following a fatal shooting of one of its staff members.

On Monday, 32-year-old Dave ‘Jungles’ Archer, who worked as a security guard on board the vessel, was shot and killed by a patron after being involved in an altercation.

According to police, around 10:35 pm on June 10, the deceased, along with other security personnel had reason to intervene in a fight which occurred moments before docking. It is reported that the assailant exited the boat and returned with two other males. Security was alerted and a struggle ensued, resulting in the security guard being shot.

Owner of the vessel, Captain John Moore, spoke to LOOP NEWS dockside today, Wednesday, June 12. He said staff members are traumatized by the shooting incident, adding those who were especially close to Archer are distraught and may not be in a position to resume work.

Moore admitted he too has been seriously affected by Archer’s death. He expressed concern about the well-being of Archer's mother, considering the two were very close.

“This one is very personal. I am not comfortable with this [death]... I haven’t even slept in two days.”

He said although Archer may have appeared to be intimidating due to his large size, he was a fun-loving, comical person who was easy to get along with.

Moore said the boat has not done any cruises since the shooting occurred, revealing that one promoter, who had scheduled a cruise for Wednesday June 12, had cancelled.

When asked if he expects promoters to cancel cruises going forward, Moore said the situation was still very touch and go. Moore said a private company provides security for the vessel and additional guards will be on duty when cruises resume, noting the company has a rotation of guards who work on board the vessel.

The MV Dream Chaser is expected to resume work on Friday, June 14.

Over at Alamanda Drive, West Terrace St. James, the Archer family was still trying to come to grips with the death of the youngest family member.

Archer's sister told LOOP NEWS the family has been rallying around each other, especially the mother, who has been left devastated at the news of the passing of her son.